Newly crowned Formula 1 world champion Nico Rosberg has announced that he will retire from the sport, effective immediately.

Rosberg stunned with the motorsport world with the shock news ahead of last night’s Friday's FIA Prize Giving Gala in Vienna, where he was awarded the perpetual World Drivers’ Championship trophy.

"I want to take the opportunity to announce that I have decided to end my Formula 1 career in this moment here," he said.

"It's hard to explain. It has been ever since I started when I was six years old, I had a very clear dream and that was to become Formula 1 world champion.

"Now I've achieved that, I've put everything into it for 25 years of racing and with the help of everybody around me, with the help of fans and the help of my team and my family and friends I have managed to achieve that this year.

"So it has been an incredible experience for me that I will remember forever.

"At the same time, it has been very, very tough also because the last two years losing to Lewis were extremely difficult moments for me, which fuelled my motivation in a way that I didn't even know was possible to fight back and to achieve my dream finally."

Rosberg says his was simply not being prepared to commit to another championship battle, and that he first considered the option of retiring after the Japanese Grand Prix two months ago.

"This year was extremely tough because I put absolutely everything into it, I didn't leave a stone unturned from Austin last year really where I suffered a lot after that loss," he said, referring to last year’s US GP where Hamilton was crowned 2015 champion.

"So I pushed like crazy in all directions and along with everybody who was involved, which was also my family, a lot of sacrifices.
"My wife, for example, every time I was home she understood that I needed to rest so I never did any nights, I never took care of my little daughter, I never did any difficult things.
"She was always there to support to make it as easy as possible and that's just one example of the commitment we all put into it.
"I've achieved this childhood dream and I'm not willing to do that sort of commitment again for another year and I'm not interested in coming fourth or whatever.
"I'm a fighter and I want to win. I'm not interested to do that again, I don't want to do it again.
"So I've decided to follow my heart and my heart has told me to stop there and call it a day and go onto other things."

The shock news throws what had been a largely settled driver market into chaos. Mercedes has the option of promoting either of its top junior drivers in Esteban Ocon or Pascal Wehrlein, but the chance to fill the most coveted seat in F1 will no doubt see a host of current top drivers looking for ways of getting out of their current contracts. 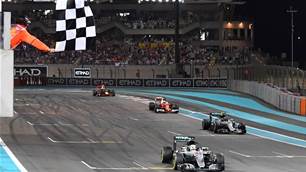 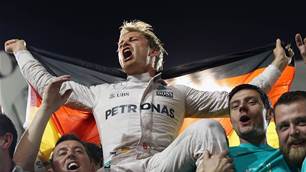 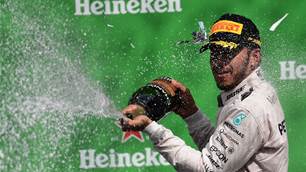