Cameron Smith has opened up on how he feels about bullocking forward David Klemmer ahead of Sunday’s Test against New Zealand.

Klemmer famously branded the Kangaroos captain a “has-been” in a 2014 pre-season Bulldogs-Storm trial, after putting Smith on his backside.

The 200cm wrecking ball had just four NRL games to his name at the time.

“I dunno what he was thinking, that’s why I had to pull him into line at the time,” Smith said of the incident.

“He told me I was too old, told me I should retire and I just told him to watch his mouth, it was an interesting approach, but.

“We dealt with it on the field at the time... there’s no issues or anything. 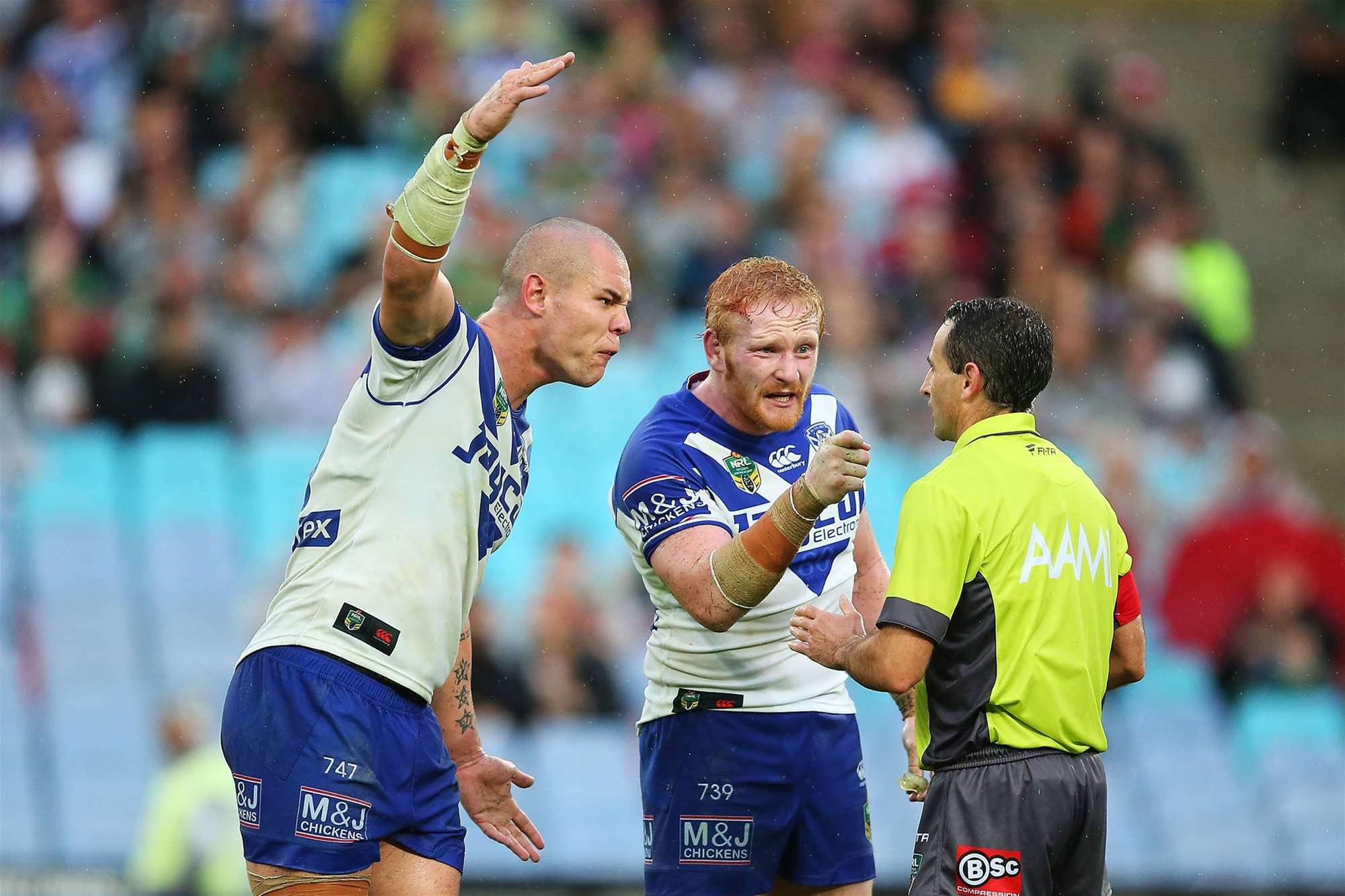 “He was a bull at a gate when he first started. I’d say he just wanted to make an impression on his teammates and on the opposition, he certainly did.”

Smith said Kelmmer’s big improvement was not on the field but between his ears.

“But his big improvement over the last 18 months has been in how he controls that now. He’s a bit smarter now, you see it,” Smith said.

“He’s a great young kid and it was good to have him in that Four Nations in ’14 as well, thrown in probably before he would’ve thought he would be.

“I’d say he took a lot of confidence from that tour and he’s just gone on to play State of Origin and kept going from strength to strength.

“He’s had another outstanding year and he deserves his spot here.”