Toyota has confirmed that the Toyota 86 Racing Series will continue at least until the end of 2020.

The announcement provides certainty for competitors and entrants, who will now be able to lock in their racing budgets over the next three seasons.

"In its first two years, the series has shown its ability to develop drivers and teams in a professional environment, while delivering the door-to-door action that excites motorsport fans,” Toyota's chief marketing officer Wayne Gabriel said.

"The comparatively low cost of cars and racing attract a range of drivers, from those still at school right through to businessmen wanting some fun.”

Former Bathurst winner Jason Bargwanna has been appointed as this season's designated mentor for Toyota 86 Racing Series entrants aspiring to advance their careers.

"These expert drivers will compete against and offer advice to the other entrants, joining our other expert drivers including Jonathon Webb, Leanne Tander, Warren Luff, Steve Owen and rising star Harry Bates," Gabriel said. 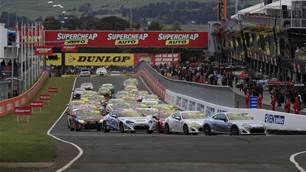