Stat Fact: Alex Johnston has 17 tries and 3 try assists from only 20 games this season.

Big Talking Point: South Sydney captain and England international Sam Burgess is currently suffering a rib injury. He needs needles for it and can barely train at all. But despite this he is still being the courageous player that he is and will be taking to the field in tonight's match up. Despite being out of finals contention, Souths won their game last week and Burgess will look to defy the odds and give his team back-to-back victories and try to end their season on a more positive note.

What Will Happen: A repeat of the last three rounds. Over their last three games, Canterbury have put up a pathetic 24 points and their attacking woes have been well known this year. Nothing in this clash has indicated that this will change and so their offensive problems should continue.

What Won’t Happen: Souths letting up. If Souths win this game, it’ll be only the third time this season that they’ve stringed consecutive wins together. Based on their 26-24 comeback win last week they still have a lot left in them and that should be on full display in Homebush.

Stat Fact: Mitchell Barnett who plays lock for Newcastle has as many tries this season as their fullback Dane Gagai (2).

Big Talking Point: Newcastle have finally been sold by the NRL to The Wests Group. This is great news for fans all across the Hunter as it is a crucial step in the re-build of the once proud club and it finally draws to an end Nathan Tinkler’s ownership regime of the club and the horrible mess he left them in. The Wests Group have promised to match a maximum of $10million AUD from the state government in order to build a centre of excellence and a home base for Newcastle. They have also promised to spend at least $500,000 on grassroots football per year for the next five years.

What Will Happen: A Parramatta win. Despite all the recent positivity surrounding Newcastle’s takeover and their back-to-back wins, they will still be handed a reality check by the resurgent opposition team. Parramatta have won their past six games in a row to show that their not messing about when it comes to making the top four. Unfortunately for the ever valiant Newcastle, they’ll become yet another victim for the Blue & Gold.

What Won’t Happen: A bad shift from Corey Norman and Mitchell Moses. They’ve been among the key players during Parramatta’s recent hot streak and that should continue into Friday nights game.

Stat Fact: Two of the last three games between these two in Brisbane, the Broncos have won by eight, while two of the past four Cronulla have won by two.

Big Talking Point: Brisbane prop Adam Blair is on the open market after reportedly being told by Brisbane if he could find a secure offer to take it, as they currently have several players on big money contracts and they are trying to free up some cap space. Kiwi international Blair, despite his age, is still an asset to the top four-hunting Brisbane and would be a great player for any side that decides to pick him up. Among the clubs that could use him are Manly with the departure of Brenton Lawrence at the end of the season already confirmed, and Canterbury with rumours swirling about the future of their forward pack.

What Will Happen: A high scoring affair with the likes of James Roberts & Anthony Milford featuring for Brisbane and the likes of Valentine Holmes & James Maloney in for Cronulla.

What Won’t Happen: A repeat 54-0 score line. Last week Brisbane beat their rivals the Gold Coast by the staggering margin. The loss was so bad that the Gold Coast’s owner gave a public criticism of the team. This match will be a lot tougher and Cronulla are a much better team than the Gold Coast. Expect this game to be a hell of a lot closer than Brisbane’s clash last week.

Our Tip: Brisbane by two. 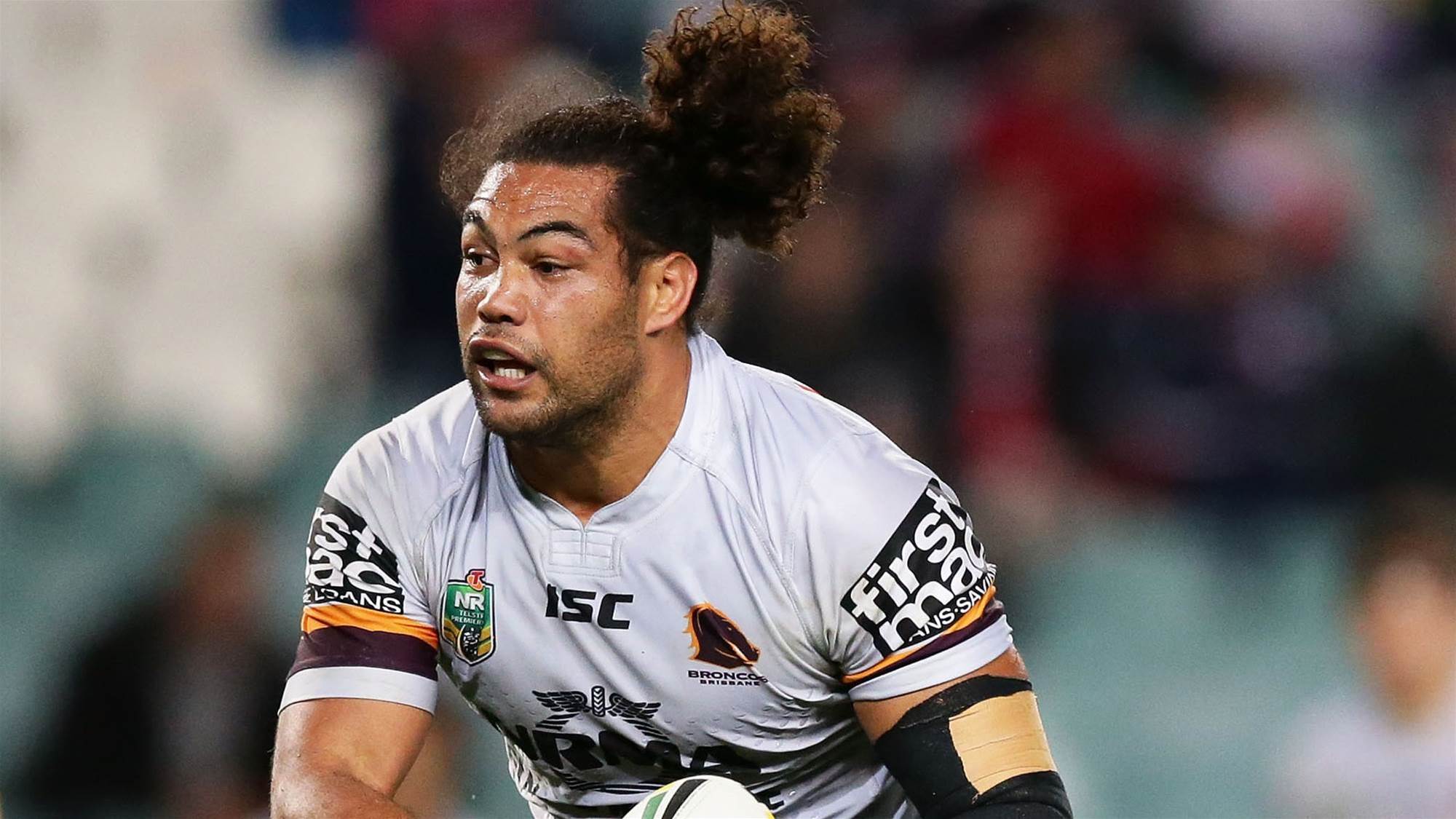 Stat Fact: Cameron McInnes, the St George hooker, has made 963 tackles this season.

Big Talking Point: Reports have recently emerged that Gold Coast head coach Neil Henry is very close to losing the players. One crucial aspect of being a coach is that you have a good relationship with your players so if these reports are true then it is quite damaging to the Gold Coast. Along with this there have been some reports saying that Henry didn’t want the Hayne Plane on the Tourist Strip and strongly disagreed with the club's decision to sign him. Henry reportedly prefers an even balance among his squad in regards to pay. Could this be one of the reasons that his form has been so poor as of late?

What Will Happen: The unpredictable. You can never quite tell what to expect from these sides this season (and not in a good way). But given that all the Gold Coast have recently endured and despite all they are going through at this point in time, expect them to try and to claim an un-expected and much needed win. At the very least they’ll do it for their fans who have stuck by them during the more trying times this season.

What Won’t Happen: St George making the finals. They currently sit a win behind Penrith for eighth spot and a loss here should all but distinguish their finals dreams. The Gold Coast’s season is already over but they won’t let that stop them from doing it to others.

Our Tip: Gold Coast by eight.

Stat Fact: Latrell Mitchell has a combined 18 tries/try assists from only 17 games this season.

Big Talking Point: Ex-Melbourne player and now New Zealand Warrior Ryan Hoffman has been linked with a return to the club. Hoffman was a part of the club from 2003-2010 and played for Melbourne the season they weren’t allowed to play for competition points. He was there with them for the rough times and a return to them next season while they are fairly fighting for the Premiership would be a nice touch to the career of the former Origin player.

What Will Happen: One of the games of the season and a very close & entertaining clash. Melbourne sit in first while Sydney are in second on the table. The last time these two teams played it was a one point Sydney victory and something similar should be happening in this game. A win here for Melbourne and it’s safe to assume they’ve won the Minor Premiership but a win for Sydney and the gap is now only one game.

What Won’t Happen: A boring style of play. Melbourne have some of the most entertaining players in the game to watch on their team including Billy Slater, Josh Addo-Carr and Cooper Cronk. While Sydney possess the likes of try scoring freaks Latrell Mitchell and Blake Ferguson. This game will be fast and very fun to watch.

Our Tip: Melbourne by four. 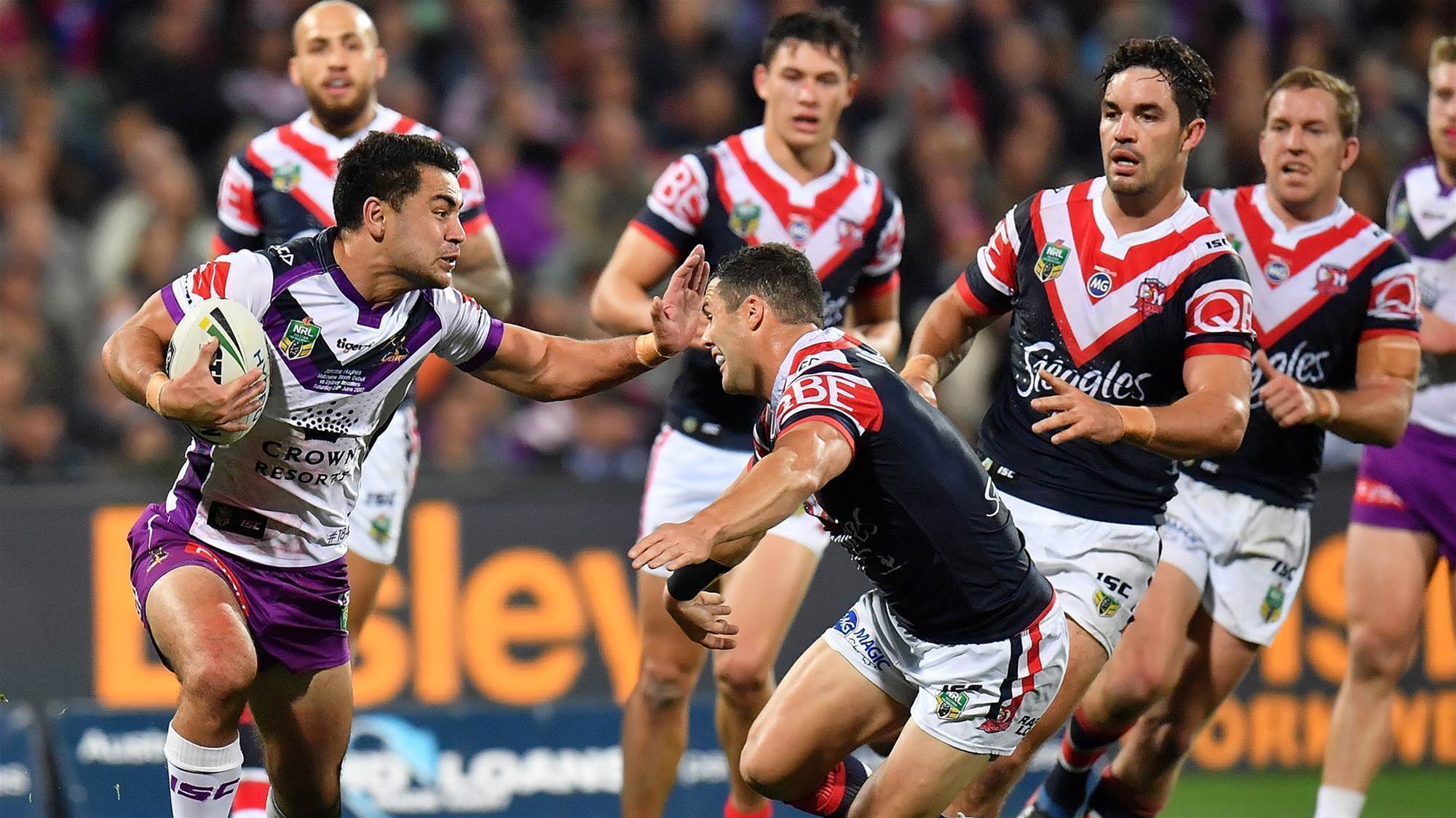 Stat Fact: The past three games between these two sides have been decided by a combined eleven points.

Big Talking Point: Phil Gould the current General Manager of Penrith recently said that he would be concerned about exposing his players to the NSW Blues setup. Penrith have plenty of young talent including Matt Moylan and Nathan Cleary who could be considered an integral part of NSW’s future so his comments were quite concerning. But of course given all that NSW did both on and off the field this series they certainly weren’t without merit. Do these comments affect Penrith’s young players at all?

What Will Happen: Penrith pretty much assure themselves of a finals spot. If they win this (and provided St George lose their game), with only three games left Penrith will be two wins ahead of both St George and Canberra (if they win). Penrith have all the motivation in the world to win this one and they won’t let the chance slip.

What Won’t Happen: A MMMC (Michael Morgan Master Class). Against Melbourne last week he knows he could’ve performed a lot better. His game should improve this week but not enough to lead his team over the line against an almightily desperate Penrith side.

Big Talking Point: For Canberra it's win or die. Canberra are fully aware of the ramifications for each of their games for the remainder of their season, they win and they live another week or lose and it’s all over. Considering they were dark-horse favourites to win the Grand Final by many at the start of the season, it’s extremely disappointing to see them in a dog fight for eighth spot. But all they can do to shut the critics up now is win and hope that both Penrith and St George lose. This makes Canberra’s recent last-play loss earlier in the season to Penrith all the more critical.

What Will Happen: New Zealand will get smashed. Stephen Kearney’s side have struggled almightily this season and against a resurgent Canberra side things are only going to get worse. Things have the potential to get very ugly down in Auckland. 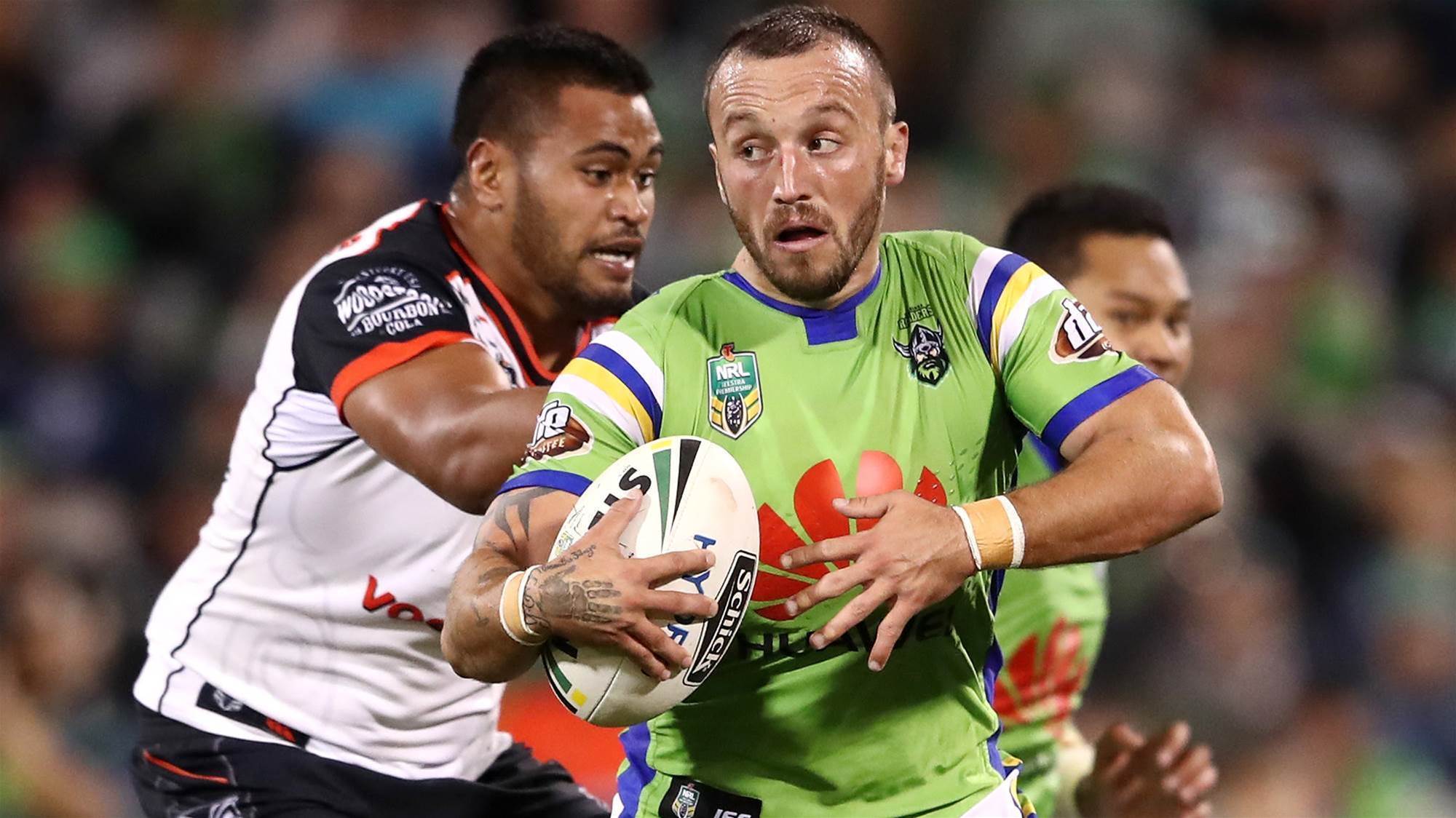 Stat Fact: Daly-Cherry Evans leads the NRL in try assists this season with 18.

Big Talking Point: Brenton Lawrence is moving back to where it all began for him as a player. After this season he will be leaving Manly and joining up with the Gold Coast Titans to help bolster their forward pack. Him, Ryan James and Kevin Proctor in the same forward pack could be potentially very damaging to other teams. While it’s rumoured Cronulla forward Sam Tagatese is on his way to Manly from next season onwards. If he comes cheaply he could prove to be a very astute buy for the Northern Beaches side.

What Will Happen: Another DCE masterclass. Last week against Sydney, DCE was instrumental in Manly’s 36-18 comeback win. He even scored the final try of the game to cap off what was a wonderful performance for the Manly skipper. Expect him to have a similar game this week.

What Won’t Happen: Improvement enough for Wests to steal a win from under Manly. Last week after Wests loss to Penrith, coach Ivan Cleary said that there had been improvement in his side this season. He’s not wrong and that should be further on display come Sunday but it still won’t be enough for them to get a win against one of their oldest rivals. 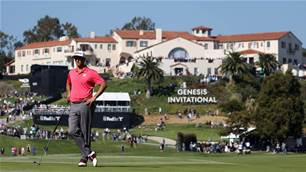