With the upcoming Four Nations tournament to be contested in England over the coming month, here at Inside Sport we thought we would compile the best squad from the nations competing in the 2016 edition.

Fullback:
Matt Moylan (Australia)
After an outstanding 2016 season, the young Panthers captain led his side to the semi-finals and managed to play a part in all three Origin games for the Blues. His versatility being able to play numerous positions across the field is invaluable for any side.

Wing:
Jordan Rapana (New Zealand)
Rapana played an integral role in an outstanding Raiders outfit that fell just one game shy of a Grand Final. Scoring 23 tries in 27 games almost averaging a try a game, the 27-year-old will make his Test debut for the Kiwis in the Four Nations.

Centre:
Greg Inglis (Australia)
Whilst his days as a fullback might appear to be numbered, a change in position midway through the 2016 season proved ‘GI’ is still deadly in any position. Whilst he would be disappointed his Rabbitohs side failed to make the finals, his individual performances in the back end of the season demanded his selection for the Kanagroos.

Centre:
Jordan Kahu (New Zealand)
A shift to the centres for the Kiwi international paid dividends, as he was fantastic during season 2016. 15 tries in 20 games, Kahu made a successful Test debut in England last year and is primed for a big tournament as the Kiwis aim to defend their Four Nations title.

Wing:
Valentine Holmes (Australia)
An excitement machine, with pace to burn and the skill to match, Holmes will make his Kanagroos debut in the Four Nations off the back of a stellar season with the Sharks. 19 tries, a premiership ring and a Test debut to cap off a fantastic 2016 for the 21-year-old. 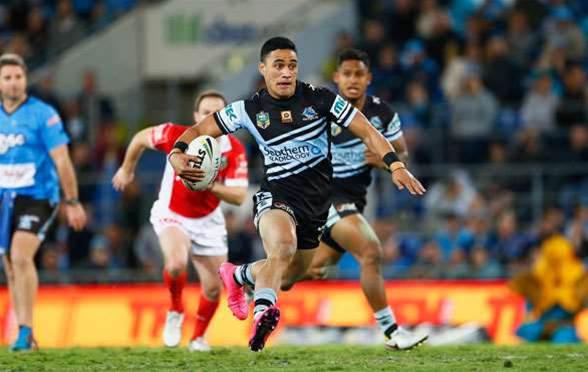 Five-Eighth:
Jonathan Thurston (Australia)
There is no greater player on a footy field in the world than JT. Even in 2016 where by his performances weren’t as good as we have seen, Thurston can still turn a game on its head in a dime. And of course his kicking game both in the hands and off the tea, simply unmatched.

Halfback:
Cooper Cronk (Australia)
Co-Dally M medalist of the year, Cronk was back to his best this season. Leading the Storm to yet another Grand Final appearance and another Origin series win for the Maroons, Cronk was second only to JT with 23 try assists for 2016.

Lock:
Jason Taumalolo (New Zealand)
The first true forward to win the Dally-M medal since 1989, Taumalolo took his game to another level this season. In the 419 runs he made this season, the Cowboys lock made an astonishing 4454 metres, the most of anyone this season. 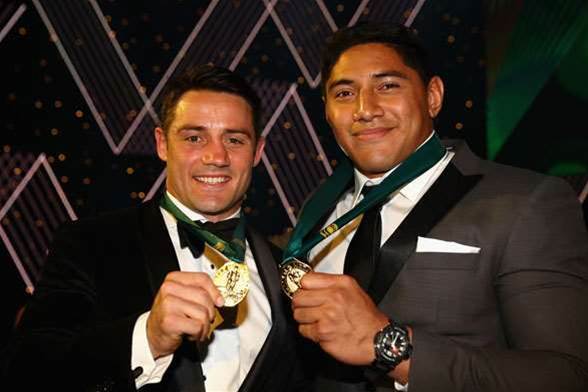 Second Row:
Kevin Proctor (New Zealand)
The Kiwi international along with club mates, Jesse Bromwich and Tohu Harris, could be considered Melbourne’s ‘real big three.’ The 105kg Proctor, made over 800 tackles averaging 35 a game, all whilst running for over 2309 metres for 2016.

Second Row:
Sam Burgess (England)
Big Sam’s return to the NRL didn’t go exactly to plan with his Rabbitohs side failing to make the finals. However, like teammate Greg Inglis, Burgess’s individual performances were remarkable, averaging 16 hit-ups a game and over 35 tackles per game. You would rather play with ‘Sammy’ than against him.

Front Row:
James Graham (England)
Another Englishmen who you would much rather stand next to than opposite. Leading the NRL in total runs for 2016 with 503, the Bulldogs captain fell just shy of 1000 tackles this season. However, his furiousness and fearless attitude is an admirable trait worthy of selection.

Hooker:
Josh Hodgson (England)
Many thought he was a shoe in for the Dally M, but it wasn’t to be for Hodgson in 2016. Hodgson continuously and expertly steered his team around the park, despite continuing to shoulder a hefty tackling load. His durability and toughness are key aspects needed in any side. 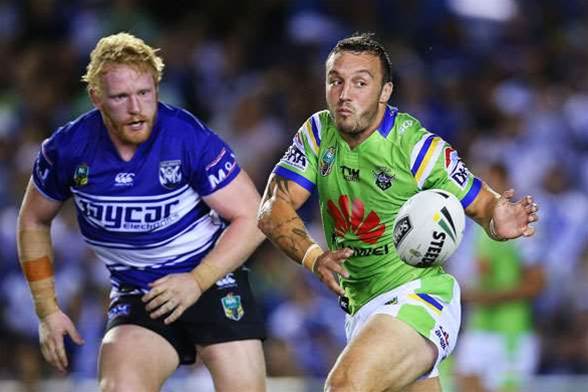 Interchange:
Cameron Smith (Australia)
It’s been another stellar year for the Australian, Queensland and Melbourne Storm captain. Another State of Origin triumph as well as a minor premiership was well celebrated but a loss in the biggest game of them all left a sour note in what was another impressive season.

Josh Papalii (Australia)
The big, powerful forward represents the new era of Kangaroos that features in Mal Meninga’s side. The Queensland representative had a tremendous season, helping his team, Canberra Raiders to a surprising second place finish as well as ending their season one game away from the grand final.

Manu Ma’u (New Zealand)
It’s been a big season for the second-rower. 2016 has seen him achieve his first cap for New Zealand as well as winning the Ken Thornett medal for being Parramatta Eels player’s player of the year. In what was a nightmare season for the Eels, Ma’u was one of their shining lights and will be pivotal for both his club side and New Zealand if they want to achieve silverware.

Tohu Harris (New Zealand)
A member of the powerful forward pack assembled by Craig Bellamy at the Melbourne Storm, Harris will be aiming to continue his impressive form in the Four Nations. Only 24 years of age, Harris represents the future of New Zealand rugby league.