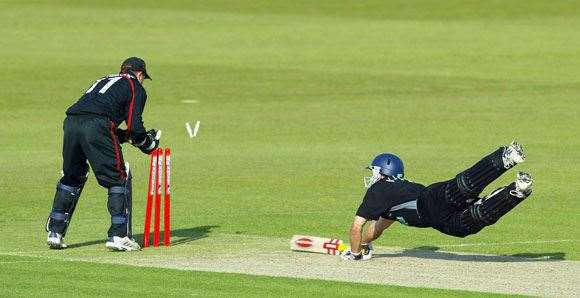 It’s not often Innovator gives a gong to the inventor of a concept – as distinct from a method, or a sport, or equipment – but when that concept revolutionises a game forever, the inventor is up there with Kerry Packer, Pierre De Coubertin and Vince McMahon. Twenty20 cricket has irreversibly altered the sport and will continue to do so. It’s changed the way players are selected and the way players – particularly batsmen – approach the game. Its presence has enabled the transformation of the structure of the Australian summer after 28 years of triangular one-day series. It has created an instant, brand-new fan base comprised of people who consider three hours’ entertainment to be quite enough.

People had been playing abridged forms of the game for years, but Stuart Robertson was the man who ensured the idea’s time would come at the elite level. When he did so it was merely a matter of an executive doing what he was paid to do — and well. In this case, Robertson was charged with finding a way to energise English county cricket.This was in 2001, when he was marketing manager of the England and Wales Cricket Board. He was given the money to spend and, sensibly, he spent it finding out what the customers actually wanted. A hefty $425,000 later, his research complete, he was able to broadly profile cricket’s potential audience as “cash-rich, but time-poor”. 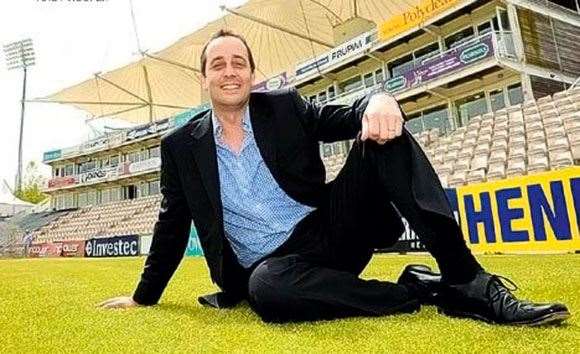 If you think it’s an anomaly that Robertson’s resulting proposal for an evaporated form of an abridged version of cricket had its genesis in the home of traditionalism, you’re not the only one. The idea was received very poorly by certain powers-that-were. But the ECB, desperate to get people coming back, decided to put the idea of 20-overs-a-side cricket to the chairmen of the counties. The chairmen voted in favour, but it was far from unanimous. However, Robertson had already circumvented them by approaching the more progressive county marketing managers first, all of whom proved supportive. “The chairmen who didn’t want it then said, ‘Okay, you go and make it work,’ and the success of the project was in the hands of people who really wanted it,” he told The Mail Online last year.

In 2002, Robertson challenged a group of media people to come up with a name for the new concept. “People were scribbling down names on pieces of paper and Twenty20 came in various spellings about three or four times. That was the one we thought could work. The vision and the snappiness. It does what it says on the tin.” It was certainly more appealing than Cricket Lite, the other strong contender, which, if it had got up, would’ve proven conclusively that cricket – especially English cricket – had completely lost its sense of irony.

The first official Twenty20 game was held in 2003 between Hampshire and Sussex and – like most inaugural events – was laden with symbolism. Robertson was interviewed on Radio 4, and, unbeknown to him, the venerable Brian Close was on the line. Close proceeded to rubbish the concept. “It will ruin techniques,” he opined with a Yorkshire plaint. But by the close of a thrilling game, when Sky thrust a microphone in front of Hampshire’s Ed Giddins, who said, “That was the best game of cricket I’ve ever played in – the atmosphere was amazing,” the deal was sealed.

It has since attracted the attention, and the money, of Texan millionaires and Indian moguls. Within four years India won the first ever Twenty20 World Cup, the Indian Premier League was devised, salaries entered unchartered territory and various boards of control were forced to quickly take stock. Suddenly faced with immense crowds and vast gates, world cricket had no time to disdain this new form as a mere novelty act.

As is the case with most intellectual property, many people can stake a legitimate claim in the invention of Twenty20 cricket. A mathematician from Perth, Dr George Christos, proposed a similar concept to the ECB in 1997. It was rejected then, which is fair enough. What’s not fair is the fact his claim to being involved at all is rejected. I can recall talking to former New Zealand Test player Dayle Hadlee (brother to Sir Richard) about a 20 overs-a-side competition being played among elite cricketers in NZ, and that was in 1998. I remember him labelling the concept 20-20.Regardless, Robertson was the man with the job, the money and the position to bring the game into being. He bore the brunt of the criticism on behalf of the ECB. He has never made a cent from a concept that has made instant millionaires of our cricketers. Today, he toils anonymously as the commercial director at Hampshire.