Far from the urban crush and madding crowds of Japan’s great metropolises, the rural hinterland of Honshu beckons travellers with its promise of adventure.

The western Honshu prefectures of Tottori, Hyogo, and Tokushima, on the island of Shikoku, offer a less frenetic way to experience the countryside, blending local charm with culinary traditions and spiritual antiquity which all adds up to an authentic taste of Japan.

Mountainous interiors which hide ancient castles, plunging valleys where rustic temples overlook rice fields, and clearwater rivers which run to scenic coastlines; all three of these prefectures share a geography suited to hiking, cycling, fishing, kayaking and surfing — pursuits sure to prove popular during the 10th World Masters Games, to be held in the Kansai region in 2022. 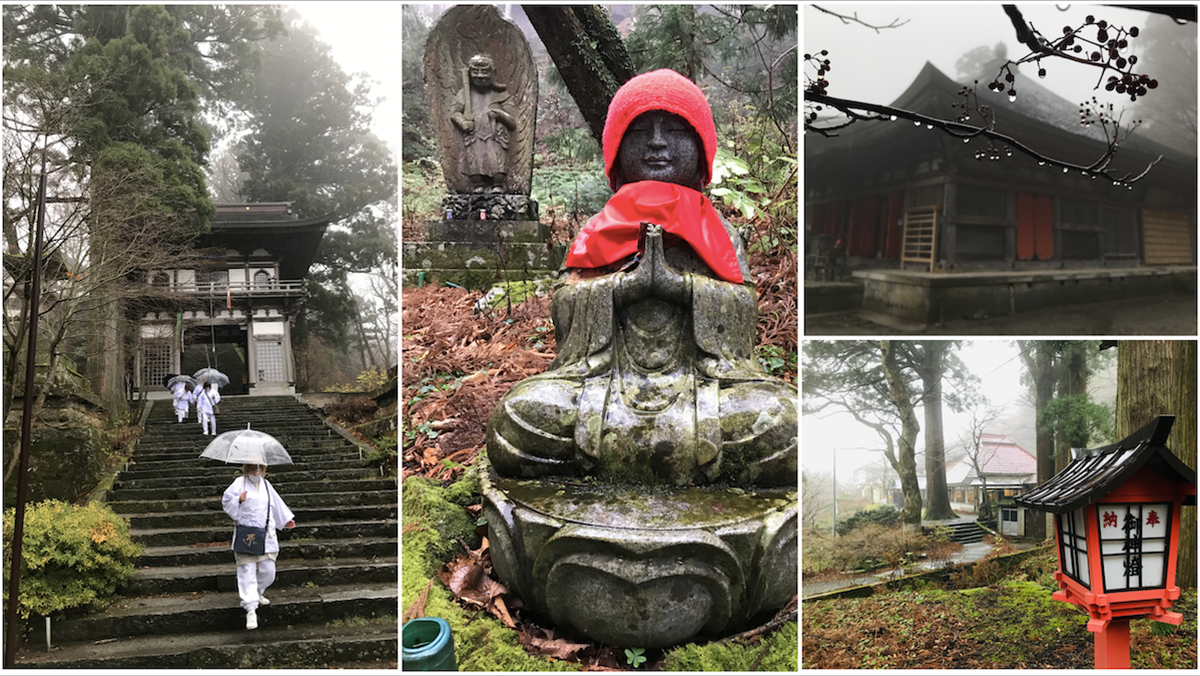 Tottori Prefecture: From Mountain to Sea

Steeped in rural tradition and seafaring spirit, Tottori Prefecture straddles both the rugged Chugoku mountains and the arcing shoreline of the Sea of Japan. What better place to start a journey from mountain to sea than high on Mount Daisen, an ancient volcano known as the ‘Mountain of the Gods’. Once forbidden to climb without a guiding monk, the trailhead to the 1,729-metre summit is no more than a leisurely hour-long bus ride from the seaside hot spring town of Yonago.

Cool in summer and mist-filled in autumn, Daisen’s forests of giant pine and cedar offer respite from lowland heat. For pilgrims, this is a chance to commune with their ancestors. Follow these jovial, white-dressed journeyfolk with conical hats up a stone stairway, past crumbling stupas and moss-covered Jizo (guardian deity of children and travellers) statues, to Daisen-ji, a 1,300-year-old Buddhist temple. Take your turn to step up to its main pavilion and fan yourself with incense smoke to purify the soul. If you rub the statue of a seated priest, your bodily aches and pains could be relieved.

Nearby temple inns, or shukubo, offer lodging and meals to tourists and pilgrims alike; their Buddhist cuisine, called shojin-ryori, is served by monks who only hours earlier were gathering the ingredients in the forest.

Not far away lies Ogamiyama-jinja Okumiya, reachable by a lantern-lined stone pathway. This Shinto shrine, which deifies the mountain gods, exudes antiquity twelve-hundred years in the making. Enter its inner sanctum, jiggle the bell to summon the gods, then clap your hands twice and bow for safe travels, if you intend to hike to the three-kilometre trail to the summit. Or, simply buy a colourful amulet for good luck from the shrine counter; they make ideal souvenirs.

A day spent on Daisen deserves a long soak in one of Yonago’s famed hotel mineral baths overlooking the Sea of Japan. If staying on, rent a bicycle in the township and freewheel the Yumigahama Cycling Course all the way to the fishing port town of Sakaiminato. The Kaike Seaside Route affords majestic views of the mountain, leaving little doubt as to why locals call it ‘Mount Fuji of Hoki’ (Tottori’s ancient name).

East of Yonago lies the charming period town of Kurayoshi. Strolling its quaint streets of whitewalled storehouses, sake and soy sauce breweries, can be enjoyed wearing the locally-produced Kurayoshi kasuri kimono. And while craft beer shops and cafes give cause to linger, the promise of a seafood lunch at the fish market restaurants of Karoichi, further east, is cause to keep moving.

Beyond the hubbub of the seafood trade lie the Sahara-like sand hills of Tottori, the mysterious result of wind and wave action on sediment cast down by mountain streams over millennia. To truly appreciate the origin of your sashimi platter, scale a dune and scan the horizon; Tottori’s fishing fleets are western Japan’s busiest.The dunes are where adventures from across the world gather for a taste of paragliding, fat bike riding, sandboarding, sand hiking and stargazing. It’s where they also come to paint, observe and capture the moment through their camera lenses. The possibilities the dunes offer are infinite. 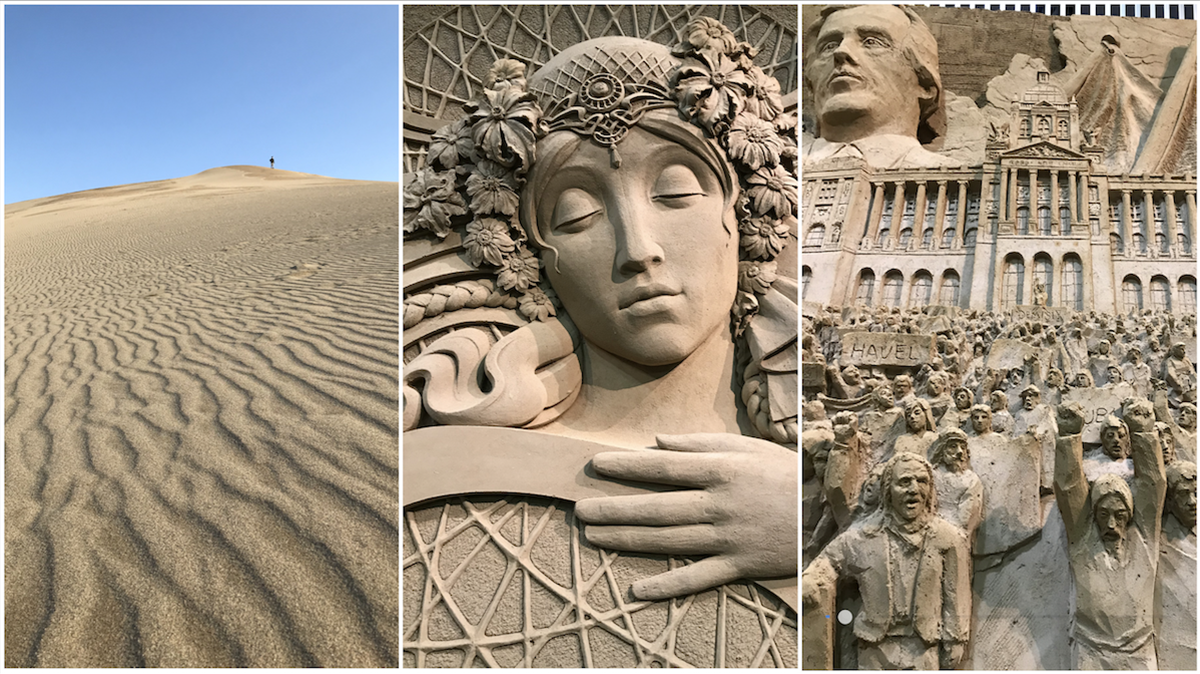 But while Tottori’s dunes provide context, the details lie in the intricate sculptures of the nearby Sand Museum. Each year, an international band of talented sand sculptors presents exhibits which beguile and amaze. 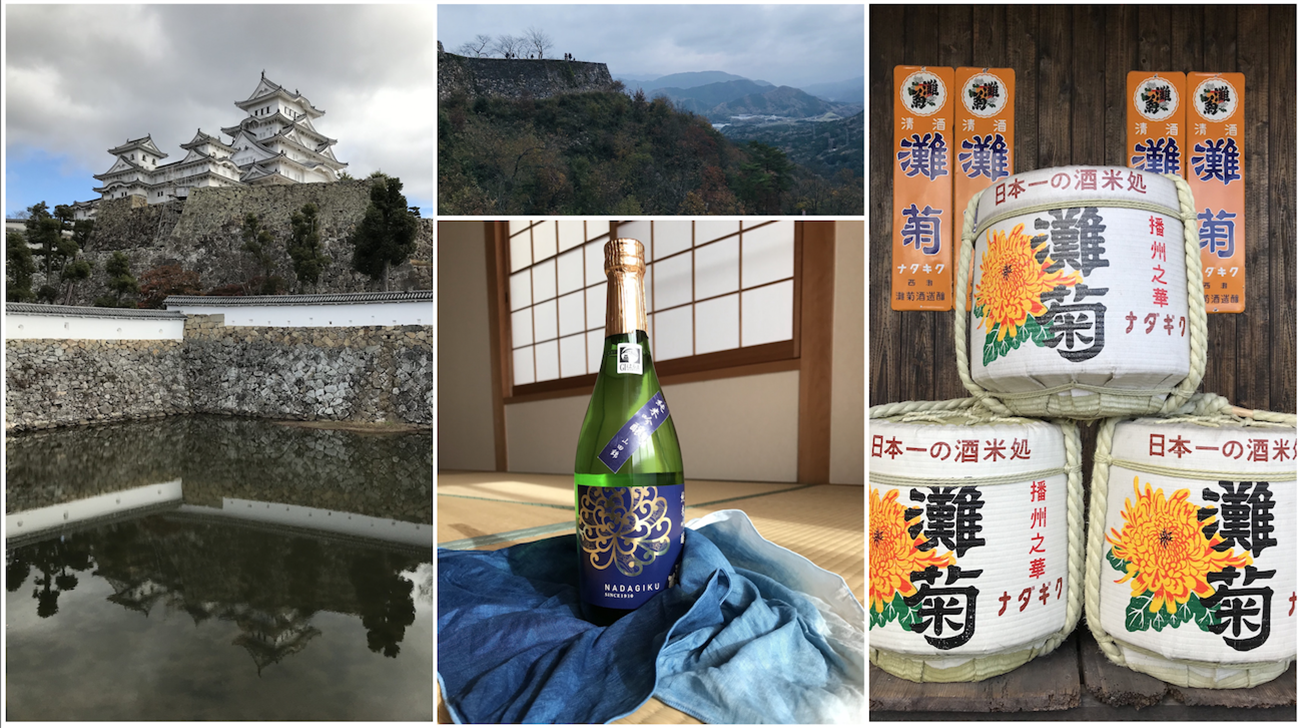 Hyogo Prefecture: Castles in the Air

It’s no secret that Hyogo Prefecture boasts the finest examples of samurai castle architecture in Japan. Yet few venture deep enough into its valley-locked countryside to fully savour their timelessness and legendary role in samurai lore. Of Hyogo’s thousand castle sites, two stand out.

Overlooking the lush Ritsuun-kyo valley in central Hyogo, the centuries-old ruins of Takeda Castle stand as testimony to the skill of the feudal stonemasons. Known as Torafusujo, or ‘Sleeping Tiger Castle’, for the feline outline it resembles from a distance, the castle weathered many a siege before being abandoned after the great battle of Sekigahara which occurred from 1443 (Muromachi Period) to 1600. On cool mornings, fog gathers in the valley and sets the fortress ramparts ‘afloat’ on a sea of clouds. Then, one can almost hear the shouts and cries of clashing samurai warriors rising from the mist. In spring, the castle’s cherry trees bloom; later, their falling sakura blossoms are said to ‘mirror the short but beautiful life of a samurai’.

Staying over is possible in Takeda town, a quintessential rural hub which offers lodging and seasonal dining en route south to Himeji city, where the finest example of castle architecture in Japan awaits.

For 400 hundred years, Himeji Castle has stood sentinel over this midsized city on the shores of the Seto Inland Sea, serving as both abode of lords and princesses in olden times — and recently, as a readymade set for TV samurai dramas, James Bond and G.I. Joe movies. That it never saw a battle nor a siege explains why the ‘White Heron Castle’ remains the best-preserved example of castle architecture in Japan. With eight keeps, 74 watchers and gates, a maze-like layout of lanes and stairways to confuse and entrap the enemy, not to mention moats which now cater to waterbirds and giant carp, a half-day is easily spent exploring its grounds.

Costumed samurai and ninja roam this neighbourhood, happy to pose for photos, while rickshaw pullers tout joy rides outside the castle’s impressive arched gate. You can take them up on an offer, or hire your own Hime-chari rental cycle at one of the convenient pick-up and drop-offer terminals about the city.

For peace and serenity, the pathways and manicured gardens of nearby Kokoen Garden offer a calm place to enjoy a bowl of matcha green tea and a traditional sweet, served in a traditional teahouse by women in kimono.

If you desire something stronger, then to the Nadagiku Sake Brewery you must go. Brewing since 1910, this small south Himeji company uses rice and freshwater from the Hyogo hinterland. Touring the original brew houses and partaking in a tasting are possible, but the highlight is undoubtedly a lunch of seasonal specialities served in the brewery’s Nishigura restaurant — with sake, of course. 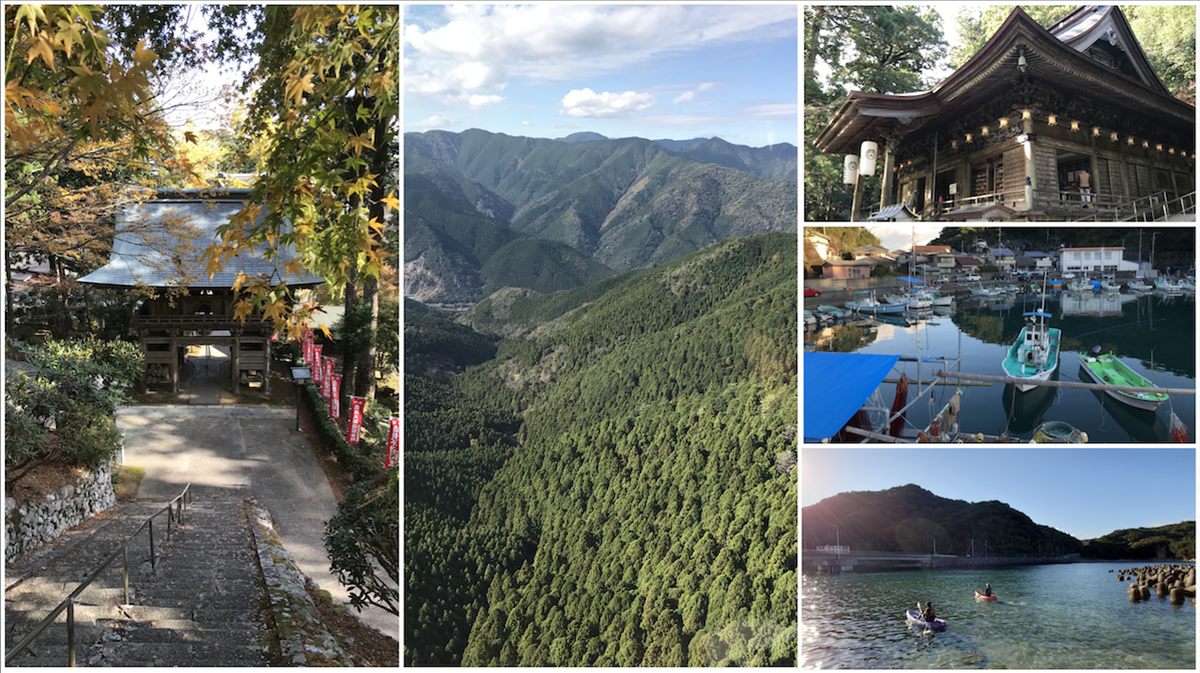 In Tokushima, on the island of Shikoku, the main attraction is the temples themselves.

The reason is as much spiritual as aesthetic: 88 official temples comprise a pilgrimage route which circles the island, and for those who complete their journey, ‘enlightenment’ is just reward. Following the ancient pilgrim routes can take up to two months on foot. Thankfully, for time-poor pilgrims and travellers, Tokushima’s modern and efficient transport system allows for casual visits year round.

In southern Tokushima, a Swiss-made gondola carries you high over the valleys of cedar and cypress trees to the mountaintop temple of Tairyu-ji, the ‘Great Dragon Temple’. Twelve hundred years ago, the Buddhist ascetic, Kukai, is said to have perched himself on a rock and performed the Kokuzo — Morning Star mantra — for one hundred days under a dragon’s protection. You won’t have time to recite the Kokuzo one million times, but an hour or two spent wandering the Tairyu-ji’s tranquil temple precinct will have a similar meditative effect.

The Pilgrims’ Way never veers far from the sea, and in southern Tokushima, this means the big swells of Pacfic Ocean. Here reside communities, both itinerant and traditional, whose livelihoods are inextricably linked to the sea. Surfboard rental shops and fishing charter businesses await the busy summer months, but even in spring and autumn, there is no such thing as hima, or ‘time off’.

One of the prettiest fishing villages lies on Takegashima, a tiny island accessed by a causeway and located at the southernmost part of Tokushima. Beyonds its port, amidst waters warmed by the northward flowing Kuroshio current, you can fish, sea kayak and swim well into the autumn months.

While the Pilgrims’ Way requires discipline and fortitude, diversions are many.

For more information on each prefecture, see:

Countermeasures against new coronavirus infections have been taken at each destination, and disinfectant solutions for hand disinfection are installed, temperature is measured, staff masks are worn, and social distance between customers is secured. We recommend Tottori・Hyogo・Tokushima as a destination where you can travel with peace of mind.

For more information on The World Masters Games 2021 which is now postponed to 2022, see www.wmg2021.jp/en/games/index.html 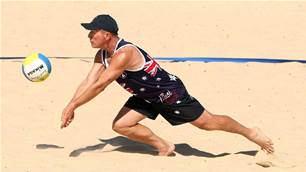 Fly the flag for Australia at the World Masters Games 2021

Get set for the biggest and best World Masters Games ever

Be a winner at the World Masters Games!