Several members of the Australian cricket team took part in a coaching session for kids as part of the build-up to the First Test at the Gabba on Thursday.

The event was part of Cricket Australia sponsor Alinta Energy’s launch for the Test series. Plenty of families turned up to the BUPA National Cricket Centre in Brisbane to take part in various cricket-based activities.  Steve Smith, Josh Hazlewood, Mitchell Starc, Pat Cummins and Marnus Labuschagne all spent part of Sunday morning offering tips and encouragement to the participants.

Aussie fans can watch every game international game, and the BBL, live on Kayo Sports - click here for a free two-week trial!

All the players looked comfortable and were visibly enjoying the opportunity before the intensity of the series against Pakistan.

It was a marked difference in body language from Steve Smith as he manned the ‘diving catch’ station. Smith looked relaxed as he threw catches for kids while smiling and joking. 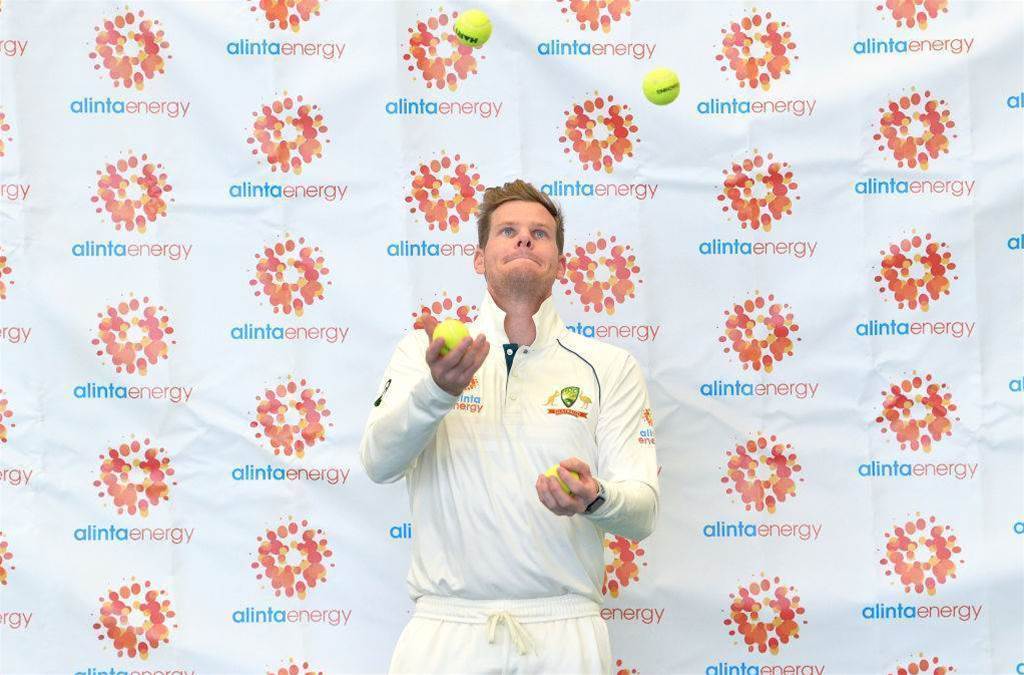 After the event, Smith spoke to the media about his form going into the series. Smith commented on the lack of bounce in the last two Sheffield Shield games played and felt the need to “get used to the bounce at the Gabba” over the next few days.

Smith was also asked about the opposition but admitted that he hadn’t seen too much of the recent Australia A vs Pakistan match in Perth. However, Smith plans to watch over some footage as he prepares for Thursday to “work out some ways to go about them [Pakistan’s bowlers]”.

With Smith averaging almost 64 in Tests, and 72 in Tests at the Gabba, it seems that is the last thing that Pakistan will want to hear.

It was not all good news for Australia as news was emerging of James Pattinson’s charge for personal abuse of a player in the recent Sheffield Shield game against Queensland.