New South Wales are on track to break Queensland’s State of Origin domination after a 28-4 game one win over the Maroons at Suncorp Stadium on Wednesday night.

Queensland have won 10 of the past 11 State of Origin series but have a mountain to climb to make it three in a row after Andrew Fifita and James Tedesco inspired the Blues.

The Blues led 12-4 at the break, but were inspired by Fifita and Tedesco, with the Cronulla prop running for 183 metres and making 21 tackles.

James Maloney opened the scoring for the visitors from Fifita’s assist, before the hosts responded when Cooper Cronk’s perfect cross-field kick found the rampaging Corey Oates late in the first half. 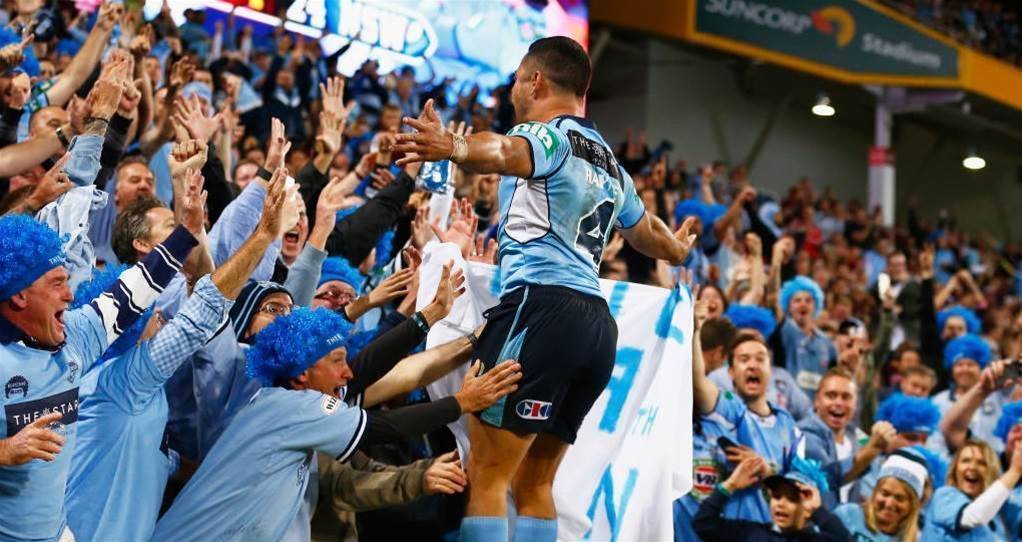 Queensland appeared fatigued late in the opening 40 and NSW capitalised with Tedesco breaking forward, to release Mitchell Pearce to score for a 12-4 half-time lead.

The Blues stormed out after the interval, with Tedesco crossing before Fifita capitalised on a fumble to put NSW further ahead.

Pearce along with Queensland five-eighth Anthony Milford were forced off with concussion.

Jarryd Hayne rounded out the try-scoring in his first Origin appearance since 2014.