A Greek bodybuilder has taken things to another level by flooring a judge and reportedly whipping out his penis after losing an event.

Giannis Magos lost his marbles after he won his 100kg division, but did not win the overall title.

Magos slapped Armando Marquez to the ground and knocked over judges tables while ranting about his loss.

“Yesterday I’m winner! Yesterday I winner!” Margos yells as the crowd looks on. “And today I get beat, how? I don’t understand … f*** off!”

Magos is facing a lifetime suspension according to a post on the International Federation of Bodybuilding and Fitness’s official Facebook page.

“It was a very, very embarrassing moment,” the American said.

“You have to act like a pro before you’re going to end up being a pro. For the guy that did that, I hope he finds himself and learns a lesson. He’s a hurt a lot of people.”

The eventual winner of the competition was Christos Pistolas of Greece. 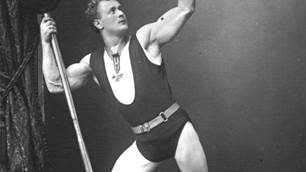 Eugen Sandow's body was all his own work 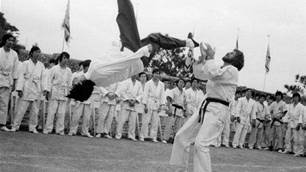