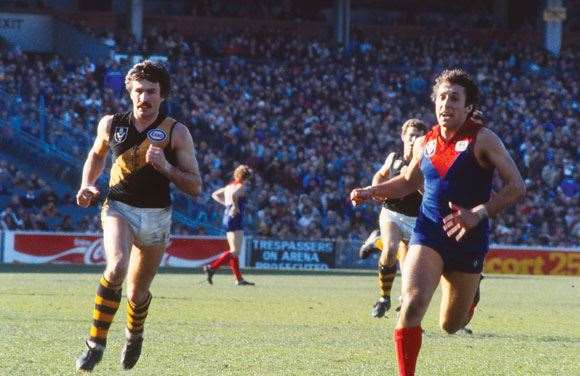 I’ll miss the Malthouse theatre. No, this isn’t to announce the demise of Melbourne’s landmark ham factory, but rather to lament the departure of another institution of the Melbourne stage: Mick the Magpies’ coach.

Leonine Mick, who, in costume, made the corporate buttoned and badged tacky black-and-white tracky almost debonair. Unpretentious Mick – you could almost sense his relief that he didn’t have to find something new to wear every week. Urbane Mick of the post-match pressers, ever-hectoring, always illuminating, irritability a reach away, fronting a phalanx of reporters infiltrated with surly critics, his little private ironies carefully concealed as they writhed on the end of his sarcastic barbs, or a spiky stare. Misunderstood Mick, whose indignation was sometimes mistaken for spite.

Ageless Mick, who’d accepted his crown of white with grace while still a young man, but made it known he’d be making few other concessions to age. For all the intensity, the public wrath, the occasional tears, the press tension that marked his decade in the footlights, Malthouse never overacted. Like a Buckley pass, his soliloquies were long, but nicely-weighted, if at times a little abstruse. Those critics would lampoon him for that, but rarely when he was in the room. His last two years stunned them into silence. Malthouse was, for a decade, the most credible actor in the Magpie melodrama.

His performances were never stagey, like the uptown hokeyness of identities he shared the boards with. One suspects he was never really their favourite. He never wore their scent, for a start – the one called compromise. Malthouse was one who saw the necessity of the cloak, but wasn’t fond of the dagger. This too would draw denunciation, but he bore it with a level crown. He’s a complex man all right, but never a pain-in-the-arse enigmatic. A man in control, a decision-maker, yet free of that harsh pretence of invulnerability, and pained by collateral damage. Arcane, at times, but never impenetrable, he welcomed the loyal, the honest and the dedicated into his sanctum – and his teams – and therefore his coaching was absolutely a reflection of his character.

Over 28 years Malthouse took three lowly sides and gave them self-belief. Success followed – not always in premierships. Yes, there were three of those as well, for good measure, but there were also those great triumphs, Footscray 1987, and Collingwood 2002-3 – relatively unacclaimed performances. He’s particularly proud of those brave Bulldogs and premature ‘Pies. Neither had the right to be there, given their circumstance and cast. Two years ago, some were whispering – those churlish detractors were triumphantly proclaiming – that Malthouse was finished. Three grannies and a premiership later, he exited the stage, having left behind one of the most scarily-effective units in AFL history. Most importantly, though, he left them wanting more.

Back in October you said you’d take a few months to decide what you were doing next ... You’re doing commentary at Seven. What else have you decided?

I want to manage my time better than I did at a football club. With an expanding family, becoming an in-law then a grandparent, it’s important to keep balance. But I’ll keep myself busy with Seven and 3AW, and La Trobe University.

What are you doing there? Leadership and mentoring. My goal is to see it become the number-one sporting university in Australia. When a kid desires to be involved in sport, be it journalism, administration, physiotherapy, I want La Trobe to be first choice. I’ve also accepted an ambassadorial role with Bank West. I’ve been involved with leadership for a number of years. On-the- job training, dealing with parents, coaches, staff, supporters. The whole gamut.

You’ve joined a prestigious commentary team at Seven, including some gun recruits. What do you hope to give commentary?

I want to have an unbiased view; a knowledgeable view. I’ve reactivated my mind, listening to American gridiron, British soccer. They don’t overstate what they see. On Channel Seven, people are seeing the game, so you can state the obvious, or you can give them an insight. I want to be highly professional. I’ve always said “we”. I’ve got to get away from that and it’s “they”. Dennis Cometti and Bruce McAvaney, I have an idea who they barrack for, but you wouldn’t pick it up listening to them. They say it how it is. If it’s good enough for the best ...
Next Page
1 2 3 Single page 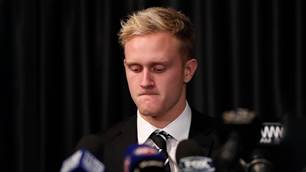 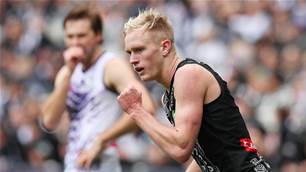