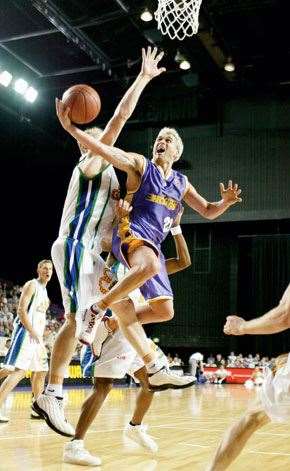 “I got into a few scuffles when I was a bit younger.”
Images: Getty Images

The back to basics approach of the NBL must be working … The crowd figures so far this season have been okay, haven’t they?

I think we’re lucky we have a lot of good basketball venues in places like Townsville, Cairns, the Gold Coast, Perth and Adelaide. The problems we had in the past, though, came from the Sydneys and the second venue in Melbourne where we had to play out of 10,000-seat stadiums, which meant we were living outside the sport’s means – we haven’t been able to get those sorts of crowds for a while. Getting back to basics and having 3000-to-5000-seat stadiums and putting a premium on those tickets – where it’s affordable for everybody, but everyone has to get in quick and you’re playing in front of sold-out crowds - is the best way to build excitement again.

So the league suffered from its own success in as far as its clubs having to pay higher running costs for bigger venues, etc?

Sometimes, if you’re not controlling all of your costs, what ends up happening is everyone gets competitive, trying to win the championship, obviously. But the salary cap wasn’t enforced over the last period of time. Then you get a business man like Brisbane Bullets owner Eddy Groves coming in, who wants to spend a fortune, and that makes it harder for other teams to compete, so they have to spend a lot more and all of a sudden we have some of the best teams who’ve enjoyed success actually being lost to the game. Being able to control those costs, like in any business, is a too-vital element of the game, as is making sure it’s policed and that everyone is of the same mindset. Then it becomes more equal across the league and more interesting for everybody.

When do you consider was the peak period for the NBL?

Probably the mid-90s – the game gained so much momentum. The NBA was enjoying enormous popularity out here as well. Merchandise sales were huge; everyone was in Jordan singlets and all the rest of it. We really rode that wave for a long time. Then things changed a little bit; it wasn’t as cool to be wearing NBA stuff as it used to be. The NBL lost free-to-air TV coverage, which everyone was watching on a Friday and Saturday night. It was fantastic to be on free-to-air because everyone had access to it and the players became household names. When people get attached to certain players, they’ll watch more basketball, or they’ll want to go to games.

That interest crisis hit one of your old clubs, the Sydney Kings, ultra hard. How does a three-peat title-winner come so unstuck?

For a long time people said, “There’ll never be success in Sydney, they’ll never win a championship,” and when we did everyone said, “The sport will just take off.” I think that process just wasn’t managed properly at the time through the ownership structures and people going out of business and everything else. The crowds actually dwindled with the more on-court success that came. I captained the Kings in our first championship in ‘02-03 and we had 10,000 turning up. The next year our stadium was lucky to be half-full. It was a surprise, but not good for the league.

What the hell was the more wins/less spectator thing all about? Especially in Sydney – it loves a winner!

I don’t know. I didn’t expect it. Most team’s crowds are similar as far as when they enjoy success, the locals jump on the band wagon. So I would’ve expected a similar mindset from the Sydney-siders. But again, if you’re not getting out into the community and you’re not embracing people to be a part of it, it ends up the way it did and people just don’t go, no matter what success you have.I remember the work we did in the early days … I worked with the Brisbane Bullets in my first year as a 17-year-old. I played and I worked, visiting schools etc, and you could just see the benefits of being out there day in, day out. You take a couple of hundred posters, sign one for every kid, do all the stuff you have to do and the benefits are enjoyed by everybody. Those days are well and truly gone, but I believe trying to get back into that mindset has been a focus of the league’s. I’m not speaking on behalf of the league, because I don’t know everything the league is doing. This is all just my perspective of what needs to happen. 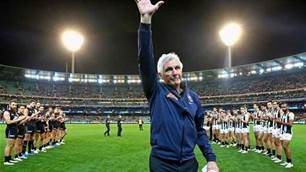