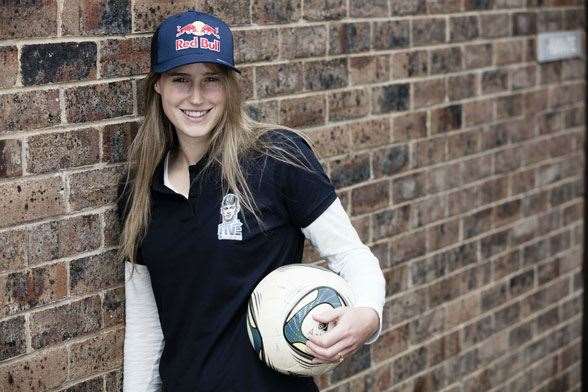 This Sunday, runners of all abilities will line up at start-marks around the globe to raise awareness for spinal cord injury ... by running for those who can’t.

Several of the biggest names in Australian and world sport have jumped aboard to support this fantastic event, such as cricket/soccer star Ellyse Perry, winter Olympian Alex “Chumpy” Pullin and recent Dakar Rally winner Toby Price.

Inside Sport was lucky enough to catch up with women’s sports star and Red Bull Ambassador Perry a week or two before the event. To say she was excited about the world’s largest running race is an understatement. “Obviously with Red Bull being the main supporter of the Wings for Life Foundation, and essentially running the event here, they encouraged all the Red Bull athletes to run in it,’ Perry told Inside Sport.

“I think the whole concept is fantastic. I’m extremely lucky in the sense that I get to go and play sport for a living. Like a lot of people, really, I sometimes take for granted that I can use my legs and arms to do that, so to take part in an event that recognises and supports the welfare of people effected is a really nice thing.”

Find out more about the Wings for Life World Run at www.wingsforlifeworldrun.com.