The Supercars Championship is set for a thrilling title showdown at the inaugural Newcastle street circuit event later this month.

No less than five drivers remain in contention for championship honours with just the two Newcastle races still to be run.

Jamie Whincup has the ascendancy heading into the final, having scored a hard-earned victory in the second of two races in the New Zealand round of the series at Pukekohe that sees the Red Bull Holden Racing team Commodore driver edge 30 points clear of Scott McLaughlin.

Where the Red Bull team had been found wanting when it came to pit strategy in the previous round on the Gold Coast, at Pukekohe they timed Whincup’s fuel stop to perfection. Whincup emerged from the final round of stops with a slender lead over McLaughlin, and the six-times Supercars champ kept the Shell V-Power Racing Falcon at bay for the remainder.

“’I’m as hungry as I’ve ever been,” Whincup said. “We needed that, we were just trying to give ourselves an opportunity at this one because that team besides us [Shell V-Power Racing] is pretty quick.”

“It’s not over until the fat lady sings, we just don’t know what Newcastle is going to throw at us. We’ll be striving until that last lap on Sunday [in Newcastle].” 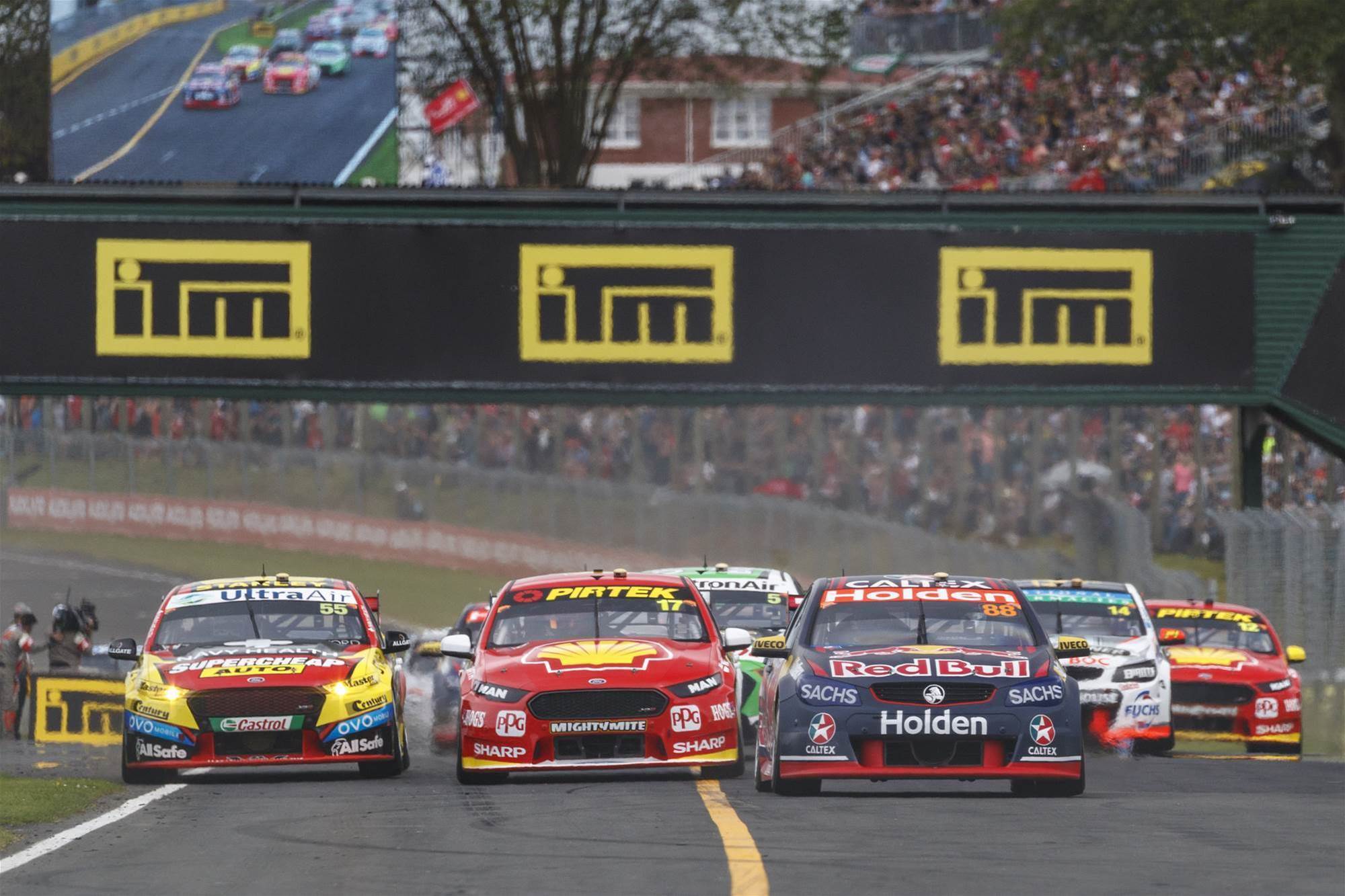 To be beaten by his main title rival was a blow for McLaughlin, who has been the driver to beat across the balance of the seasons.

“I’m pretty gutted…” he said. “We risked a lot there and we had to save a lot of fuel at the end because I was on fumes. I was pushing bloody hard and I thought I had Jamie there but we just didn’t.

“It’s on for Newcastle. We’re in contention and we’re going to try and bring home that championship cup. You couldn’t ask for a better script for that final race.”

While five drivers remain in mathematical contention to become the champion in Newcastle, dramas suffered by the remaining three contenders in New Zealand has seen Whincup and McLaughlin skip ahead.

Whincup’s team-mate, Shane van Gisbergen, got the New Zealand round under way in style with a solid victory on Saturday. But his hopes of defending his 2016 crown were all but dashed the following day after van Gisbergen misjudged his speed coming into the pits and crashed into the rear of Tim Slade’s Commodore.

Van Gisbergen trails leader Whincup by 276 points – with only a total of 300 points still to be won.

McLaughlin’s team-mate, Fabian Coulthard, crashed heavily in Saturday’s race, and while he recovered on Sunday to finish fifth, the no-score from Saturday leaves him trailing Whincup by 176 points.

For the other title contender, Chaz Mostert, Pukekohe was weekend to forget. A drive-through penalty on Saturday dropped him to 23rd place, while on Sunday he found himself facing the wrong way on the opening lap. In a spectacular own goal from Mostert’s PRA Falcon team, he’d been hit by none other than his own PRA Falcon team-mate Mark Winterbottom, who in turn had been hit by fellow PRA team-mate Cameron Waters… 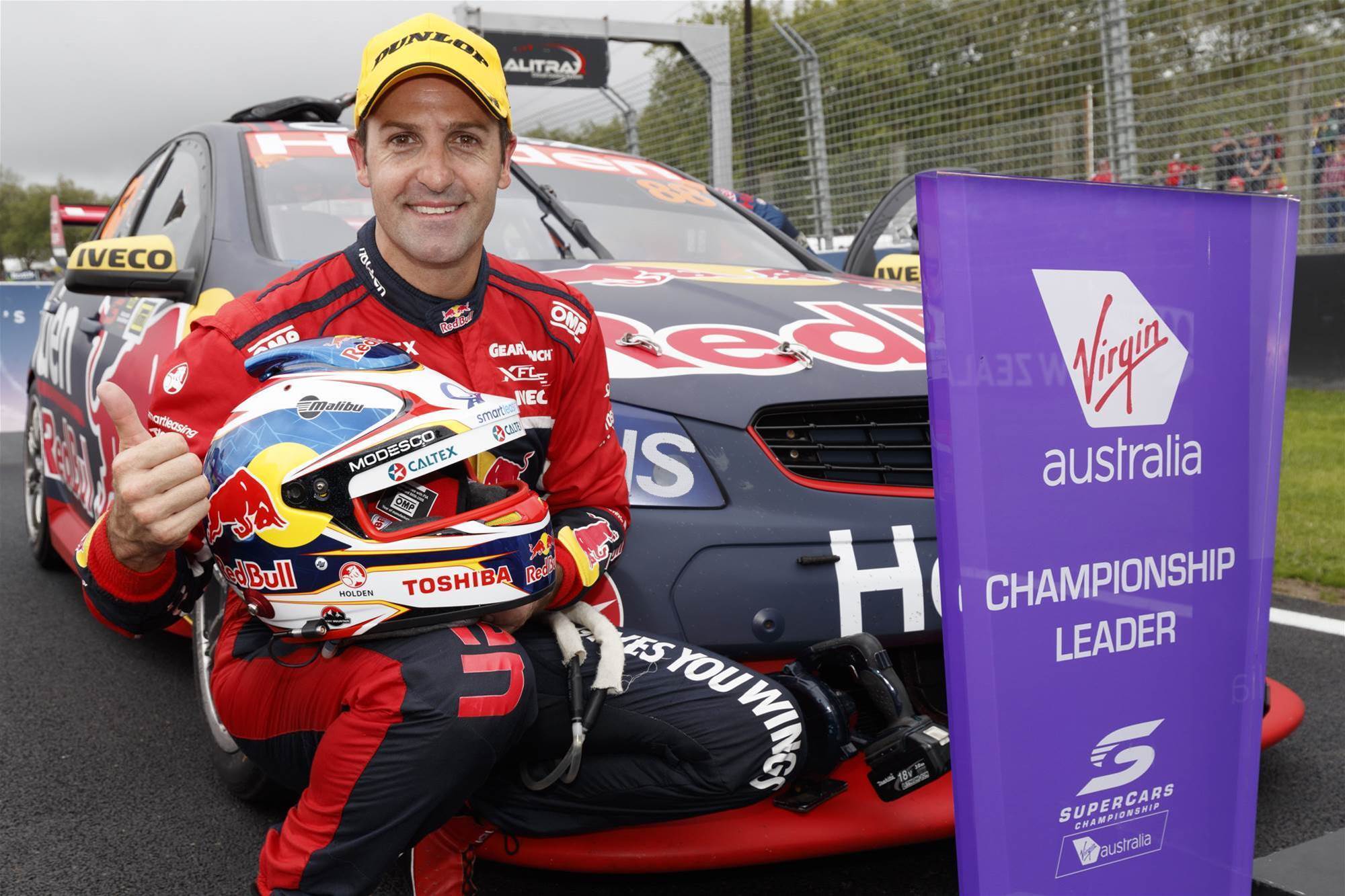