Watching Will Genia run around the rugby fields of Japan this month, it's clear something is missing.

It's a spark, an x-factor, a wildcard, whether he has Foley, Toomua, Lealiifano, or Beale next to him.

That something is his old mate, Quade Cooper.

Cast your mind back to 2011. The Queensland floods, the Christchurch and Japanese earthquakes, the deaths of Osama bin Laden and Amy Winehouse, Cadel Evans winning the Tour de France, ‘Somebody That I Used to Know’, and most innocently of all, planking.

It feels like it was decades ago, those memories feeling like relics dug up from a primary school  time capsule, all grainy black and white photos of iPhone 4s, and Julia Gillard.

It was also the year Queensland Reds alumnus, Rob Simmons, earned his 100th cap for the Wallabies in the match against Georgia.

That 2011 Reds team and season was the happiest for Australian rugby fans in these past ten years, especially those based north of the Tweed.

With Genia and Simmons the only two from that team remaining in the Wallaby set-up, the last few tenuous ties to that glorious period are close to being severed.

The fulcrum of that exciting team was the Will Genia-Quade Cooper axis at scrum-half and fly-half, a classic odd-couple pairing straight out of central casting. 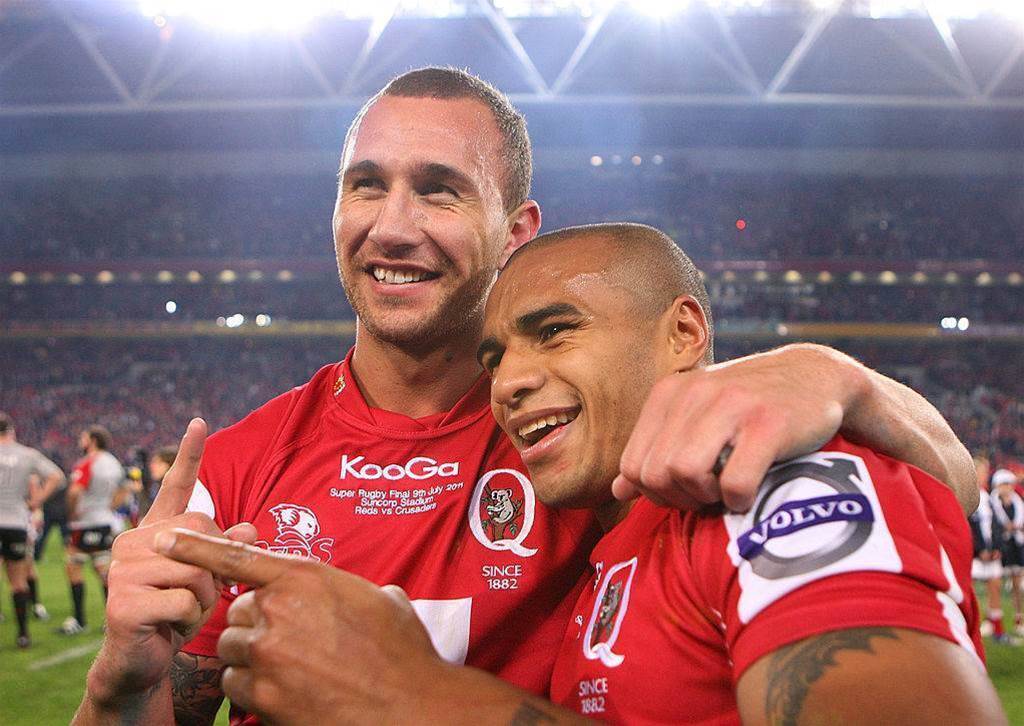 This meant Genia playing the strait-laced, statesman-like, sensible one, a factory outlet version of George Gregan.

Quade was the unruly, messy cousin, Carlos Spencer’s most extreme tendencies re-incarnate, who put bums on seats and heads in hands in equal measure – The Fresh Prince of Ballymore if you like.

Genia’s style was powerful, puncturing, direct, and at that stage, relatively box kick-less, his beautiful solo try in the Final against the Crusaders the perfect nightcap to the entire season’s slow-burn, all-day drinking session.

Quade’s style on the other hand was like the reaction from too much acid – random, nonsensical and exciting, with blind cross-field kicks to wingers, hospital flick passes in his own in-goal and missed tackles here, there and everywhere.

Add in Digby, Rocket Rod, Radike, Big Kev, Beau and the Fainga’a boys, and not only did people in Queensland get right on board with this team, they were bloody fun to watch, and they looked like they were having fun.

By 2013, Genia was arguably the best scrum-half in the world, a man at the peak of his powers able to focus his team and make the correct decision in almost any circumstance.

The chaos that engulfed both the Wallabies and Reds in the following years stagnated his progress, but the 2015 World Cup run with Bernard Foley and Matt Giteau alongside him re-invigorated his play.

Will Genia have the opportunity against England to hit that golden plane of play that the likes of Conor Murray, Aaron Smith and Faf de Klerk currently occupy? Or will Nic White get the nod?>

Of course Quade is also running around in Japan at the moment, albeit in club rugby, with his Wallaby exile, stint at Toulon and move to Melbourne resulting in a different Quade steering his teams around the park.

He’s now a more functional, mature, controlled playmaker, and a man who looks completely at ease with himself.

Watching Quade now is like seeing your mate who used to drink pubs dry, stay up on three day benders and flirt with anyone and everyone come back from a stint living in Europe espousing the benefits of hygge, chai tea and cycling...

Watching Genia and Quade these days is to watch two men in their 30s who have come out the other side of difficulties with an exponentially more grown-up, content view of how they fit in.

They have less baggage and more confidence in themselves – a very Queensland via Auckland, Port Moresby, Paris and Toulon rugby version of Andy and Red meeting on the beach at the end of Shawshank Redemption.

If Genia can somehow fulfil his destiny and help the Wallabies get past England in this weekend's Quarter-Final, it will be nothing less than he deserves for a committed, wildly oscillating career.

It's just a shame he won't have Cooper by his side...