Kostya Tszyu’s second-round knockout of Zab Judah on November 2, 2001, was the most important win any Australian boxer had ever earned. It was also easily the most satisfying. This was a fight to unify all  major versions of the world light-welterweight title. Judah, the big-mouthed, mollycoddled Golden Child of American boxing, was considered, pound-for-pound, the world’s best. Indisputably a rare talent, he was fast, a damaging puncher, a silky mover, never in danger of defeat. Every win was a work of art. The rising opinion, as he dazzlingly scythed his way through the ranks, was that Judah was a pugilistic prodigy. But the Americans, who had calculatedly mistreated Tszyu in all his previous fights over there – after all, he’d cleaned out the stables of their biggest promoters and networks and taken the title a long way from home – were blind to the otherworldly talents of the Russian-born Aussie, who held two versions of the title.

In the first round they seemed vindicated, as Judah landed a searing uppercut that would’ve finished a lesser fighter. By the end of round two, though, Tszyu was already reducing  the rapid Judah’s fighting system to a shambles, until, with a second left in the round, he pounced with one of the most perfectly-executed knockout blows ever seen. It was a textbook finish to a boxing clinic.

From then on, it was pure theatre. Judah went down, but that overweening ego impelled him straight back to his feet. Unfortunately he forgot to pick up his mind and he fell straight back down, but not before momentarily trying to convince the referee that he’d merely tripped over. The ensuing pandemonium was a hilarious, if disconcerting, display of bad sportsmanship. Finally, Tszyu, belts around his waist in centre ring, calmly watched the departure of Judah’s tangle of tantrum tossers and declared Judah’s arrogant pre-fight “winner-takes-all” pronouncement “a boomerang”.  A victory for the ages. One for the good guy. – Robert Drane 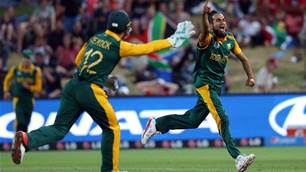 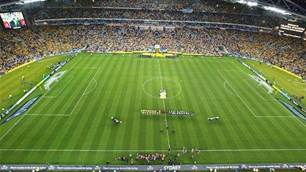 The 15 best (and worst) A-League photos this week