Conor McGregor attempted to throw a chair at his UFC 205 opponent Eddie Alvarez at a press conference in New York City.

McGregor was half an hour late to address the media and didn’t take long to show why he is regarded as one of the world’s most colourful athletes.

“Sorry I’m late, I just don’t give a fu-k!,” McGregor shouted to the crowd.

The Irish featherweight champion then walked across the stage and grabbed Alvarez’s world title belt before returning to his chair and placing it next to his.

Alvarez emerged on the stage and retrieved his belt which is when things got out of control.

Alvarez then folded up his chair and place it next to McGregor sending tensions to another level.

McGregor looked set to smash the chair over Alvarez’s head before being restrained by UFC boss Dana White. 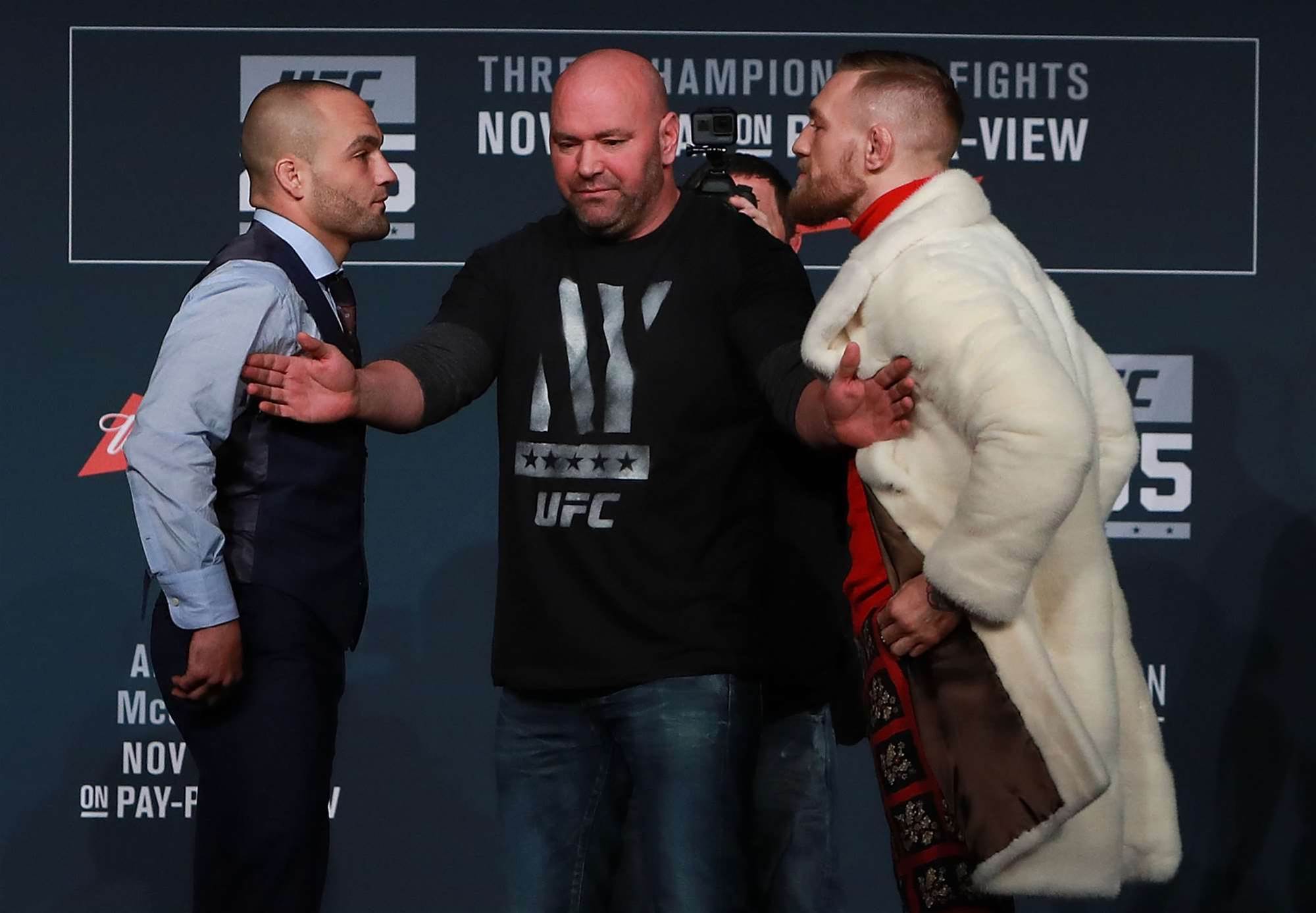 Alvarez had told the press conference he was “dissapointed” in McGregor’s homeland which drew the ire of the champ.

“I don’t give a fu-k what Eddie says,” McGregor said.

McGregor proceeded to show his rapping skills by throwing down a rhyme.

“I’m fresh and ready to go. I am going to shut this man up, trust me on that.”