Scott McLaughlin fulfilled a life-long dream by winning the Bathurst 1000 on an incident-plagued and typically controversial day at Mount Panorama.

McLaughlin used to watch the Bathurst 1000 on TV as a small child growing up in New Zealand, dreaming one day that he would emulate his motor racing hero, fellow New Zealander Greg Murphy, and win Australia’s biggest motor himself.

That moment came in 2019, and fittingly the first person to speak with McLaughlin after he emerged victorious from his car was Murphy, now retired from racing but working today in the role of Fox Sports commentator.

McLaughlin and co-driver, the Frenchman Alex Premat, started from pole position in their DJR Team Penske Ford Mustang and were the combination to beat for most of the race.

Once fellow Ford team Tickford Racing had eliminated its two front-line entries in a spectacular own goal which saw Chaz Mostert crash into team-mate Cam Waters, pitching both Tickford Mustangs into the sand trap in the process, McLaughlin only had to focus on the attack from the Holden Racing Team. 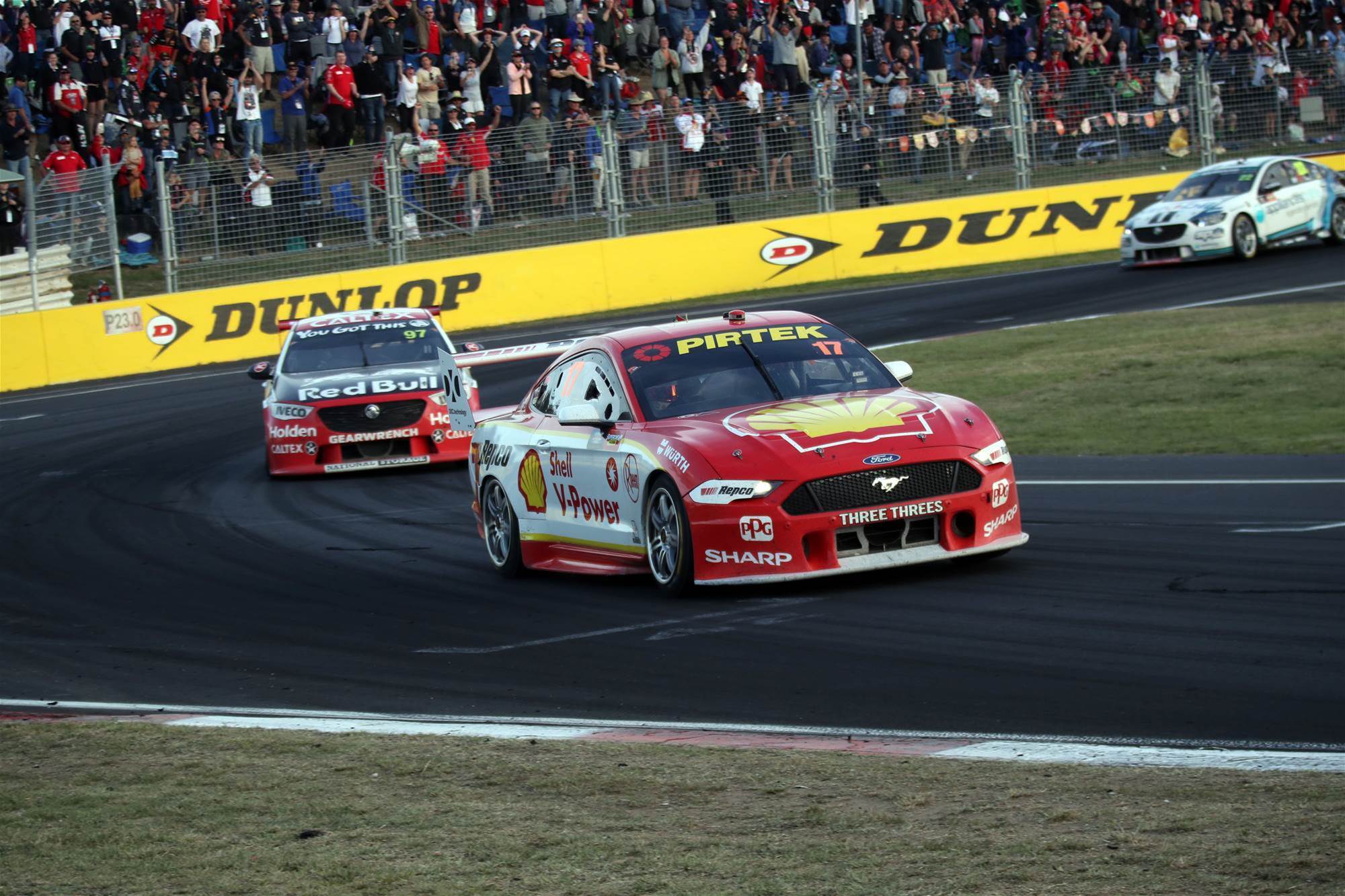 A series of Safety Cars towards the end looked set to bring others into play. For a while the unfancied GRM Commodore of James Golding and Richard Muscat looked like it was the only car capable of going the distance on fuel, after a bold move by the GRM team to pit Golding for a splash of fuel while the rest of the leaders went into fuel conservation mode in order to avoid a further stop. But Golding’s dramatic late surge towards the front ended when he was forced back into the pits with a mechanical issue, returning to the race to finish an eventual 12th.

But subsequent Safety Car appearances further reshuffled the fuel range equation, and with the late exit of the Andre Heimgartner/Bryce Fullwood Nissan (a combo which had performed far above expectation, running top 10 for almost the entire journey and looking a likely top five finisher), McLaughlin then only had to survive one green-flag lap at the end to win the race.

His opponent was fellow New Zealander Shane van Gisbergen, but in that final six kilometres the Holden Racing Team Commodore driver had no answer to the Mustang’s pace. McLaughlin’s winning margin was three tenths of a second.

The win was the subject of some controversy, with McLaughlin’s team-mate Fabian Coulthard being penalised for driving too slowly and not maintaining an appropriate gap to the car in front when the race was under Safety Car conditions. Coulthard was acting under team orders, in a blatant, barely disguised attempt by DJR Team Penske to delay McLaughlin’s opponents as they headed into the pits for fuel (overtaking is not permitted under the Safety Car).

Somewhat ironically, Coulthard was in effect punished for not driving at full racing speed at a time when the track was deemed unsafe for racing. That, however, is one of many anomalies of the current Bathurst Safety Car system. The Safety Car’s primary role is to ensure the track is safe by neutralising the race (so that crash debris can be safely cleared by officials and/or an ambulance is able to safely travel to the scene of a crash), but in reality it has become the mechanism by which a close finish is almost always assured in the Bathurst 1000.

While other areas of top world motorsport, such as Formula 1 and Le Mans, now use the much fairer ‘virtual’ Safety Car system, Australian motorsport persists with the blunt instrument of a direct Safety Car – which at best rewards underperformers, with the capability of bringing back into contention cars that had literally been kilometres behind the leader, but at worst can rob a dominant car of victory.

In the end the dominant combo did win at Bathurst in 2019, just as McLaughlin has been doing all season. With this latest win – an astonishing and almost unprecedented 18th victory from 25 races so far this year, he has all but wrapped up his second consecutive Australian Touring Car Championship. 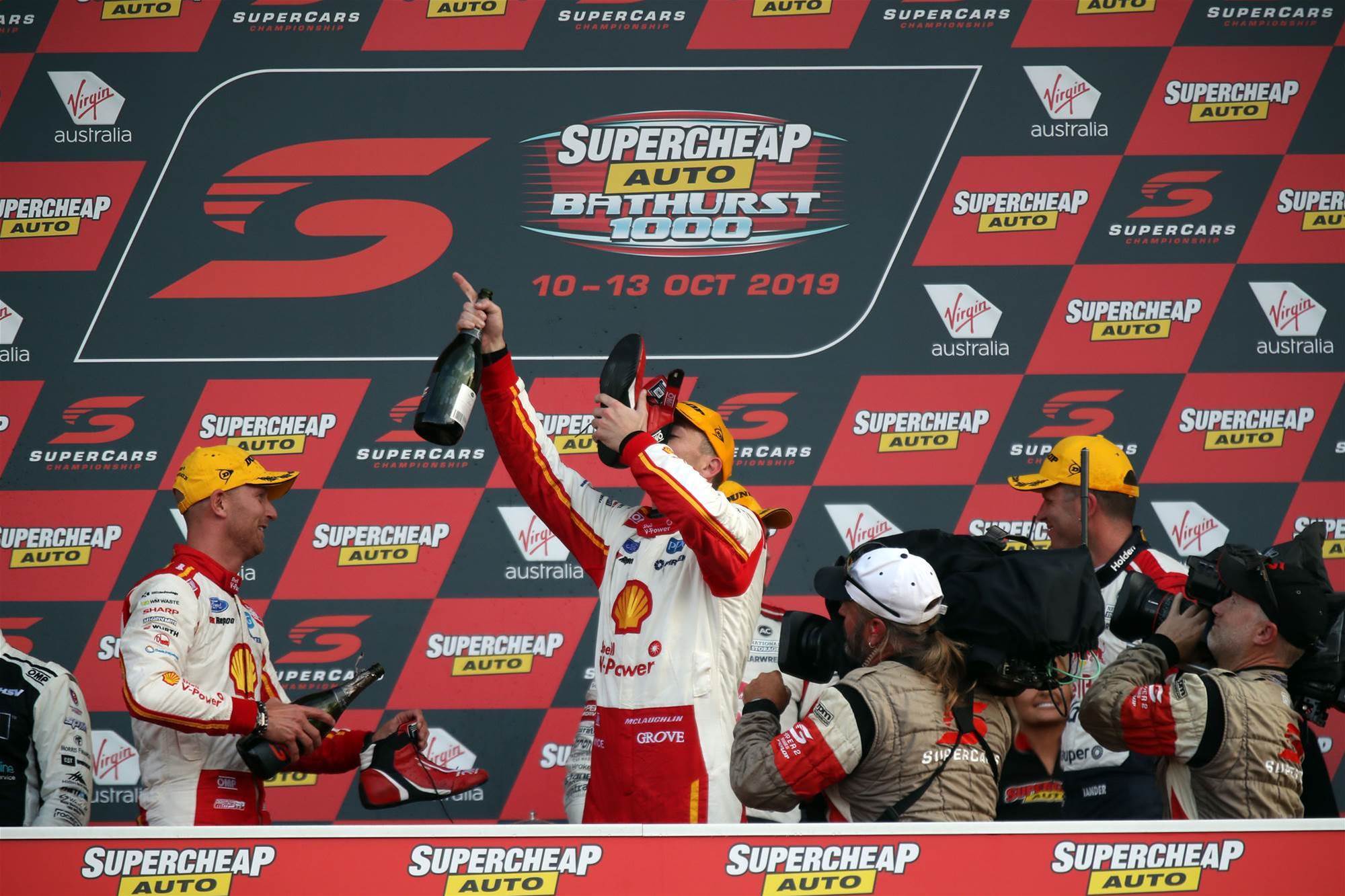