The Houston Astros and the Washington Nationals have combined for 350 games played this MLB season. With 7 potential games left, both teams will be looking to finish off their marathon seasons by taking out baseball's most prestigious prize.

The Houston Astros find themselves in familiar territory once again. The 2017 World Series Champions are on the hunt for their second championship in 3 seasons. The Astros began the season as favourites to take out this years World Series, where-as their opponents, the Washington Nationals were anything but.

After losing superstar and 2015 MVP, Bryce Harper, to the Philadelphia Phillies in pre-season, many experts were expecting the Nationals to struggle this year, and they were... through their first 50 games of the season.

At the time, the Nationals had a record of 19 wins and 31 losses, before somehow going 74-38 for the rest of the regular season. Their road to the 2019 World Series started with an unbelievable come-from-behind win against the Milwaukee Brewers in a one-off wildcard game. Before later on defeating the much more fancied Los Angeles Dodgers in the next round, winning 3 games to 2.

Coming off such an unexpected result, the Nationals kept their fairy-tale story season alive, by sweeping the St Louis Cardinals in the NLCS (National League Championship Series), winning 4 games to 0.

Prevailing in 6 games, the Astros demonstrated exactly why they were the bookies favourites to win it all this year. Big time performances from star players Carlos Correra, José Altuve, Michael Brantley and Gerrit Cole were just what the Astros needed to defeat the sluggers from the Bronx.

However, their jobs are not finished yet, as they will be looking to replicate their past efforts against the Nationals.

So, let's have a look at who has the edge in the 115th World Series:

Game 1 of the series takes place Wednesday 23rd of October at 11:07am on Kayo

This could very well be where the series is won or lost. Both of these teams have aces on the mound and the intensity of the World Series generally suits the aces as the quality tends to shine through. For Houston, Justin Verlander, Gerrit Cole, Zack Greinke lead the charge. For Washington, their chances of winning rely heavily on starting pitchers, Max Scherzer, Stephen Strasburg and Patrick Corbin. All 6 of these pitchers are considered to be some of the best in the game. It is an unbelievably mouth-watering match-up between the aces, one that baseball fans will be relishing. ERA (Earned Run Average) is often the most looked at and perhaps the most important stat for pitchers. Of the top 10 ERA leading pitchers this season, Houston has 3, with Gerrit Cole 2.50, Justin Verlander 2.58 and Zack Greinke 2.93. Washington has 1 in the top 10 with Max Scherzer at 2.92.

What do they say about big names and bright lights? The Astros have some of the biggest names in Baseball with Carlos Correa, José Altuve, Gerrit Cole, Zack Greinke, George Springer, Alex Bregman and Justin Verlander. The Nationals have some big names themselves with Max Scherzer, Juan Soto, Trea Turner and Stephen Strasburg, however the star power definitely lies with Houston

All the pressure will be on the Astros, they are expected to win this series against what would appear to be an inferior opponent. The Astros have done it before, they are a well drilled outfit and they rarely appear to be rattled. However it's the World Series. It's Baseball. It's October. Absolutely anything can happen. The Nationals are hot right now, they have nothing to lose, they have overachieved this season, they are not supposed to be in this position and that makes them very dangerous.

Game 1 of the series takes place Wednesday 23rd of October at 11:07am on Kayo 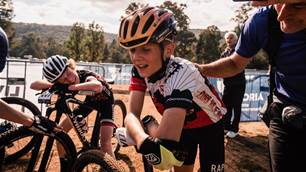 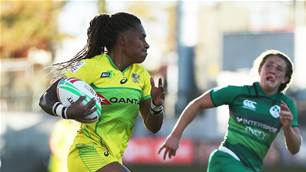 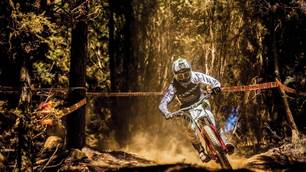