Few people outside Victoria have witnessed the Box Hill – Bulleen rivalry, but for topflight centre back Nick Ansell it holds a special place in his memories.

The A-League championship-winning defender, who has survived the cauldron of Melbourne derbies, still recounts his junior rivalry with special fondness.

Long before he was holding the line for Melbourne Victory, the 24-year-old defender enjoyed several seasons with Box Hill United as a promising youngster.

Back then, Ansell was a raw talent in the U10s who occasionally got bumped up to play with the big kids. And even today, he and his mates can recall the intense clashes with the Lions.

Nominate your grassroots club for #Clubbies2019 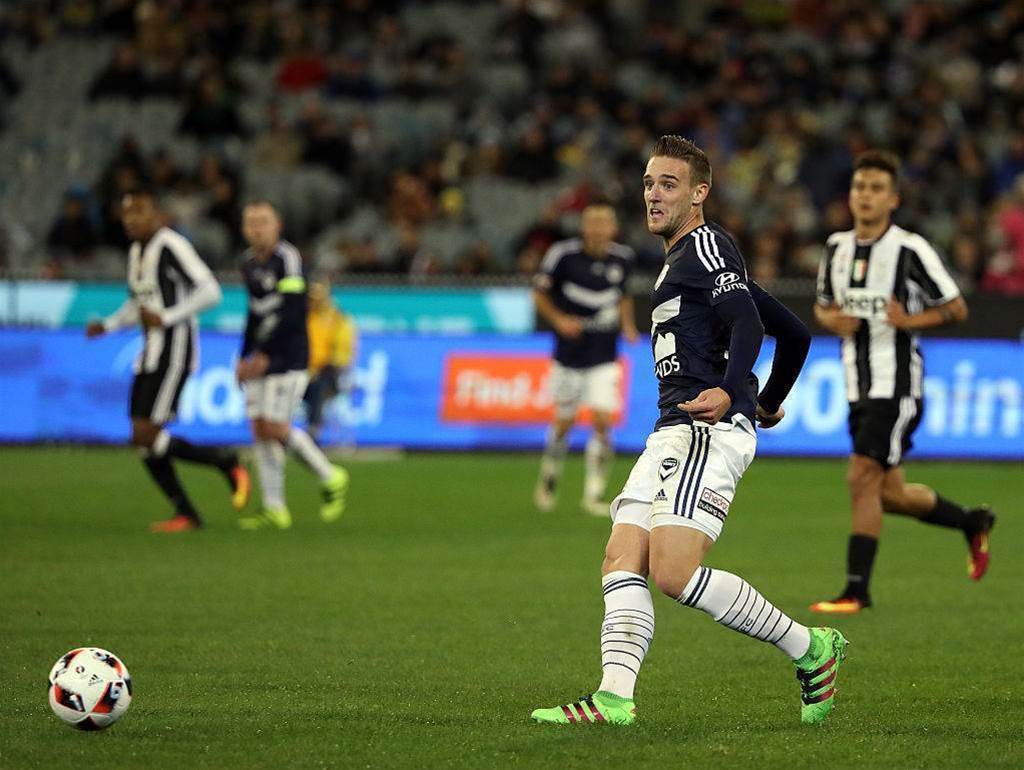 Ansell in action against Juventus in 2016

“It was probably where soccer started getting a little bit more serious,” he told Clubbies.

“I started to see a future there and sometimes the coach would call me up to go up to the U13s so it kind of all started from there.

“My best memories are probably playing against rival club Bulleen. It was always one of my favourite games to play in.

“The guys I used to play with, we can all remember those games. Those matches when I was 12 years old – they were some good moments definitely.

"The excitement, the rivalry – the games were always very close. We were probably the best two teams in the league then and a lot of the players knew each other. It was good fun looking back at it now.”

Check out the recent crop of Box Hill United U9s (blue) in action ...

When Ansell left Box Hill he played for several months with Bulleen before heading off to the Victorian Institute of Sport.

But the former youth international still credits his junior club for giving him a “massive and  positive” start in football.

Nominate your grassroots club for #Clubbies2019

Early coaches Paul Winn and Leigh Tsoumerkas stoked his interest in the beautiful game and he still has good mates from that time: David Cardamone, now with Moreland Zebras, and Lewis Waddell who went on to play with Doncaster Rovers.

“I just really enjoyed going down to soccer training – I loved it,” he said.

“Even a few times when I would fall asleep after school, and Mum would leave me sleeping on the couch, if I missed training I’d wake up and be all upset with her because I just enjoyed going down so much.

“If you’re not enjoying going to training at that age you’re not really going to keep pursuing it.”

‘Things have changed’ with Glory suddenly staring into the abyss