Today, let’s have a look at the unheralded men that can make all the difference and crown our NBA 6th Man of the Year.

As always, the 6th Man of the Year race in the NBA sees many a worthy contender. This season alone at least half a dozen players could lay reasonable claim to a 1st place vote.

As per usual, the field is heavily dominated by score first guards. Take a look at the previous winners of the award:

Not hard to notice a pattern, is it: literally every one of these players are high scoring, high usage guards with pronounced defensive frailties. There is a reason for that. On an NBA 2nd unit, offense matters more than defense. Generally, your bench players are going to be worse players - especially on offense – therefore you can hide your worst defensive players against your opponents 2nd unit. Having a single transcendent player that can take a game by the scruff of the neck when the starters are out can can make all the difference. Lou Williams and Jamal Crawford – two of the worst defenders to ever take to an NBA court – made careers out of eviscerating their opponents backup guards.

Whilst my choice for this award fits that mold pretty well, my 2nd and 3rd options are both bigger men: Montrezl Harrell and Davis Bertans. Despite playing the centre and power forward positions respectively, one thing hasn't changes – both Harrell and Bertans are dynamic offensive weapons with (in Harrell's case, severe) defensive limitations.

Alongside Williams, Harrell was the offensive lynchpin of the upstart and thoroughly enjoyable 2019 La Clippers. With the additions of superstars Paul George and Kawhi Leonard this season, Harrell's role within the team was up in the air. With the two stars taking offensive responsibility, Harrell would of course see less of the ball. Did that mean his defensive limitations would make him umplayable? As it turned out, not so much. The 26 year old averaged 18.6 points and 7.1 boards in his 63 games – both overtaking last seasons career highs. Impressively, he also achieved career highs in both free throws attempted and made, as he showed that his otherworldly pick and roll chemistry with Williams was transferable to his new super star overlords.

Harrell remains a net negative on defense, bit with all world stoppers like PG and Kawhi in front of him, that element of his game remained somewhat hidden this season.

Bertans simply erupted this campaign. The former Spur close enough to doubled his previous career high in points per game, going from an even 8 to 15.4. Practically every counting stat for Bertans was a career high. Yes, he was featured far more prominently in Washington (29.3 minutes per contest), but he did play 22 minutes a game in San Antonio last season, so this is about more than just opportunity. Rather, this was about style. In San Antonio, Bertans fit in well with the superb passing that the Spurs 2nd units enjoyed, but he was in effect a spot up shooter. In Washington, Bertans is constantly moving. He's almost like a younger Kyle Korver or Reggie Miller in the way he perpetually moves from one part of the court to another, looking for a screen to bounce off or space to occupy.

Guards are used to chasing people around screens. Power Forwards? Not so much. That's the beauty of Bertans; on offense he's a 6'10” shooting guard. The Latvian's jumper is gorgeous. A quick and consistent release combined with excellent balance means he can catch on the move and fire before his man can get back to him, and at his height, it's an almost unblockable shot. Watch how quickly Bertans unloads in some of these shots as he catches on the move.

Coaches could use this as a guide for their troops – it's textbook.

However, for all of the good things that Harrell and Bertans have given their squads, this season's 6th Man of the Year award simply has to go to the Thunder's Dennis Schroder.

The 7th year pro was no more that the 4th option for this confounding OKC side, and was nominally their 3rd string play maker behind Chris Paul and Shai Gilgeous-Alexander. Yet Schoder managed to contribute 19 points and 4.1 assists per game. Spending more time playing off the ball than he ever had in his life was fraught with danger for a player who, coming in to this season, averaged a ghastly 32.5% from deep over his NBA career. The diminutive German surprised probably even himself by not only attempting a career high 5.1 attempts from behind the arc, but converting them at 38.1% - a full 4% better than his previous high water mark. His overall success rate of 46.8% from the field was also a career high.

Defensively, Schroder played with a defensive intensity and discipline not usually associated with him. Watch the way that he refuses to bite on James Harden's feints here, and then tightly contests the shot without fouling the NBA's pre-eminent garbage shooting foul creator.

Simply put, this is not the Dennis Schroder we once knew. Not guarding the oppositions main point guard also revealed a side we hadn't seen in Schroder; it turns out that he's a surprisingly disruptive off ball defender. Despite his relative lack of size to play the passing lanes, 31 of Schoder's 43 steals this season happened when he was not the primary on ball defender.

Coach Billy Donovan stumbled upon his killer three point guard line out of of pure necessity, with his Thunder possessing the single worst wing rotation in the league. No matter the process, the result was stunning. With Schroder, SGA and Paul on the floor together, the Thunder outscored their opposition by a whopping 28.6 points per 100 possessions. When you have a trio that creates results like those, you ride that pony! The Thunder's top 3 players in minutes per game were their three point guards.

So our 6th Man of the Year winner is Dennis Schoder; the first Thunder player to win the award since....James Harden! Anyone want to bet on a similar career trajectory? Anyone? Thought not. Still, not too bad for a guy acquired for the fossilised remains of Carmelo Anthony in the rarely sighted double salary dump trade. 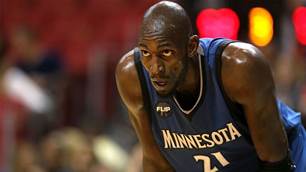 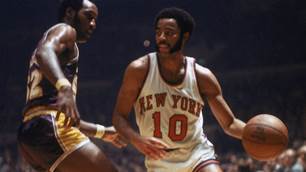