The NBA seeding games are in the books. As much as these games were a part of the actual regular season, they understandably feel like a season in and of itself.

That goes a long way to explaining why the NBA has awarded an MVP and All-Bubble team for the seeding tournament, but why stop there? The usual NBA regular season awards are a signpost – an indication of how a particular season panned out. So, for this season-within-a-season let's award our own trinkets and baubles.

With apologies to Devin Booker - who was truly magnificent in the restart – and James Harden, the MVP of the Orlando bubble has to be Damian Lillard. To begin with, let's get the numbers out of the way: 45.3 points, 4.8 rebounds, 11.3 assists and 1.8 steals with 52/46/89 shooting splits across the 8 seeding games. The man made an absurd 7 three pointers per game in Orlando. After missing two crucial late free throws against the Clippers, Lillard went nuclear on the league: 154 points over his next 3 games.

The numbers don't even begin to do Lillard justice, however. Portland's record coming into the restart had a lot to do with their injury issues. Despite regaining Zach Collins and the excellent Jusuf Nurkic for the restart, the Blazers were only going to go as far as Dame could carry them. As it turns out, that's all the way to the playoffs and a tasty first round match up with the Lakers.

Lillard's shot making, his leadership, his hustle, his sheer swagger, is the tide that lifts all boats in Portland. Carmelo Anthony was out of the league less that a year ago; now he's hitting clutch jumpers in his best imitation of Olympic Melo. Jusuf Nurkic's leg snapped in half last season; now he's putting up ridiculous numbers at both ends of the court. CJ McCollum is playing with a fractured back; yet he's soldiering on alongside his great friend. Gary Trent Jr was at best a 9th man, an afterthought; now he's...well, you can find out more about him below.

No matter how you define it, Lillard is far and away the most valuable player in the Orlando bubble.

Defensive Player of the Bubble

Prior to the league wide shut down, the Milwaukee Bucks were far and away the best defensive team in the NBA. Their lynch pin at that end of the court was presumptive Defensive Player of the Year Giannis Antetokounmpo, but you could make solid cases for Brook Lopez or Eric Bledsoe. In the bubble, substitute all things Bucks for the Toronto Raptors. There are credible claims to this award for a number of Raps; with apologies to Marc Gasol, Fred Vanvleet and Pascal Siakam, Kyle Lowry gets the nod.

Lowry is the tone setter for the bubble's best defense, the Raptors 101.8 defensive rating more than 4 points better than the 2nd placed Celtics. Lowry personally is 3rd in individual defensive rating and 5th in defensive win shares. He's 6th in the league in steals and 4th in rebounds amongst guards. As always, Lowry plays with an intensity that his teammates willingly match.

Rookie of the Bubble

Ja Morant has undoubtedly been the Rookie of the Year overall, but the bubble was expected to be Zion Williamson's coming out party. That has....not gone well. Instead, it's another snake bit rookie that has lit up the Orlando bubble. Denver's Michael Porter Jr averaged 22 points and 8.6 boards per game in the restart, alongside 55/42/93 splits.

Porter has emerged as a potential primary scorer for the ascendant Nuggets. For all of Nikola Jokic's undoubted abilities, late game assassin is not something that comes naturally to the big Serbian. Porter's ability to rise up and shoot over any defense, as well as his excellent cutting game, should mesh seamlessly with Jokic.

Porter's defense was still an issue in Orlando, though he has showed increased focus at that end of the court. That's gone a long way to earning coach Michael Malone's trust. With that trust, comes more court time for the best natural scorer to wear a Nuggets uniform since a young Carmelo Anthony.

If they can get their guard rotation back on the floor, Denver will be a serious contender this season.

6th Man of the Bubble

With apologies to Dario Saric, who solidified the excellent Phoenix bench units in Aron Baynes; absence, Gary Trent Jr is the clear choice for 6th Man of the Bubble. The 2nd year guard has always had the potential to be a lights out weapon off the bench and his bubble performances should give him the confidence to solidify his spot in the league. In 33 minutes a night in Orlando, Trent scored 16.9 points and 1.1 steals per game, but it was his 50.7% thee point shooting on over 8 attempts per game that set him apart.

The Blazers regained their front court depth for the restart, but their back court depth is still perilous at best. Trent – the best shooter in the bubble – helped allay those fears.

Yes, you could put it down to small sample size or expanded opportunity but no matter how you look at it, Anthony Warren Jr has stepped up from very good secondary option to star in bubble life. The NC State product put up 31 points, 6.3 boards and 1.5 steals while shooting 52.3% from deep.

When Domantas Sabonis went down, most wondered where the Pacers would get points from. Victor Oladipo isn't 100% and Malcolm Brogdon is battling injuries as well. These 8 games could have gone very badly for Indiana, but Warren stepped up. Starting with his 53 performance against the apparent defensive juggernaut that is Philadelphia, Warren lit up the bubble. As well as his offensive performances, Warren stepped up at the other end of the court, including holding the equally hot Anthony Davis to a 3 for 14 night. That defensive improvement, aligned with his offensive explosion has helped Warren make the difficult transition from good to great.

Coach of the Bubble

This might be the easiest All-Bubble award to hand out. The Suns came into Orlando with a 26-39 record, so far out of playoff contention that most commentators (including yours truly) openly wondered why they were invited to Orlando in the first place. All the Suns did was go a perfect 8-0, staying in contention until literally the final second of the last game of the season.

The Suns are a team with no real record of success across their roster. Coach Williams had his team playing as if every game was their last. For such a young team, that was beautiful to see. They overtook the Kings and Pelicans, largely thanks to their preparation levels – that comes down to their coach.

The Suns took down the Mavs and Clippers as well as the Pacers in the TJ Warrenbowl.

Devin Booker has been a revelation in the bubble; Deandre Ayton has improved exponentially; Cam Johnson and Mikal Bridges have become solid NBA starters under Williams' tutelage. All of that matters, but ultimately Williams lead the only undefeated team in Orlando. That's why he's the Coach of the Bubble. 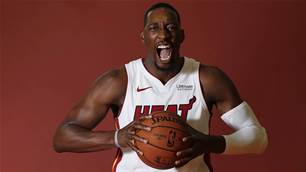