The Thunder continue to purr, with another solid week behind them. The jewel in this week's crown was undoubtedly their take down of the Rockets. Chris Paul in particular played another wonderful game against his old side – it's like he holds a grudge, or something!

OKC are the most interesting side to watch through to the trade deadline. All indications are that they're happy with their lot and want to make a strong playoff push, and perhaps reach the 2nd round. Of course, should they pivot, they can be the key stocking filler for a range of title contenders. They might even hedge their bets, making some trades without a wholesale sell off.

Danilo Gallinari has been lighting it up of late, posting 26.6 points, 6.6 rebounds and 4.2 made trey's per game in his last 6. Given that the Thunder are 6-1 when he hasn't played, do they sell high?

The Sixers have gone 5-3 since Joel Embiid went down, and the team was handed to Ben Simmons. They've shown flashes, for sure. There's even been some chatter that the team would be better off trading Embiid, should GM Elton Brand decide to break up his superstar tandem.

But let's pump the brakes a touch.

Four of those wins were against Brooklyn (twice), Chicago and New York. The losses: Dallas, Indiana and Toronto. As good as the theoretical fit between Al Horford and Simmons is, this team needs a 2nd true star.

But that begs the question: who could the Sixers get for Embiid? And if not 'who' exactly, then what type of player? Personally, I think they would need to be a bigger guard or wing type, that would allow the Sixers to be ultra switchy on defense.

A solid (at worst) outside stroke is a must when playing with Simmons. They would also have to fit in roughly with Simmons timeline.

So, who to target? Well a team that needs a centre.....that has a stockpile of young, talented wings....would the Celtics entertain a Jaylen Brown trade?

Did Ben Simmons take a three this week? No.

The evisceration of the Lakers stopped the rot. Prior to that, the Celtics had lost 6 of 8.

Boston were excellent in that game, but there is an element of the Lakers simply failing to show up. The comfortable follow up win against the streaking Grizzlies will probably do more to put Coach Brad Stevens at ease.

By the way, if I'd told you that Marcus Smart had made 11 shots from beyond the arc in a single game of basketball, how many attempts would you think he'd had? 40? 50? How about 22.

Smart was unconscious against the Suns. As well as dropping a career high 37, he also put up his customary 5 boards and 8 assists as well as playing his usual manic defense.

With the return of Fred Vanvleet, this week, the Raptors are finally healthy. And it shows in their record – the Champs are currently on a 6 game unbeaten run.

Whilst the return of Pascal Siakam, Marc Gasol and Vanvleet are incredibly important, don't overlook 6th man Norman Powell. The NBA's reigning 'best player named after a Cheers character' (It's a real award, people!) has put up 22.7 points and is knocking down 3.1 threes at 48.2% since coming back from an 11 game absence due to a shoulder strain.

The Raps aren't as deep as they were last season, but come playoff time, their 7 man core will be a nightmare for any opponent.

A week that flattered to deceive for the Heat.

They took down the Thunder with a very Miami-like effort: balanced scoring and disciplined defense. They went to sleep against San Antonio, losing to a Spurs team that didn't play that well.

They've eked out a pair of overtime wins at home against the lowly Wizards and Kings to round out the week. Those wins mask what was a pair of lacklustre performances.

To his credit, Kendrick Nunn regained some of that early season magic with 24.5 points per game this week.

Veteran forward Paul Millsap has missed 8 straight games, now. Yet without their defensive lynchpin, the Nuggets have managed to keep things tight in his absence, due to the contributions of Michael Porter Jr and Jerami Grant.

Porter's efforts have been well documented. The Missouri product had put up 16 points a game in his previous 5, before missing the loss to Houston with – worryingly – back soreness.

Grant has flown under the radar a little, but the man brought in from OKC in the off season has put up 13.9 points, 1.2 steals and 1.3 blocks since stepping into the starting lineup. 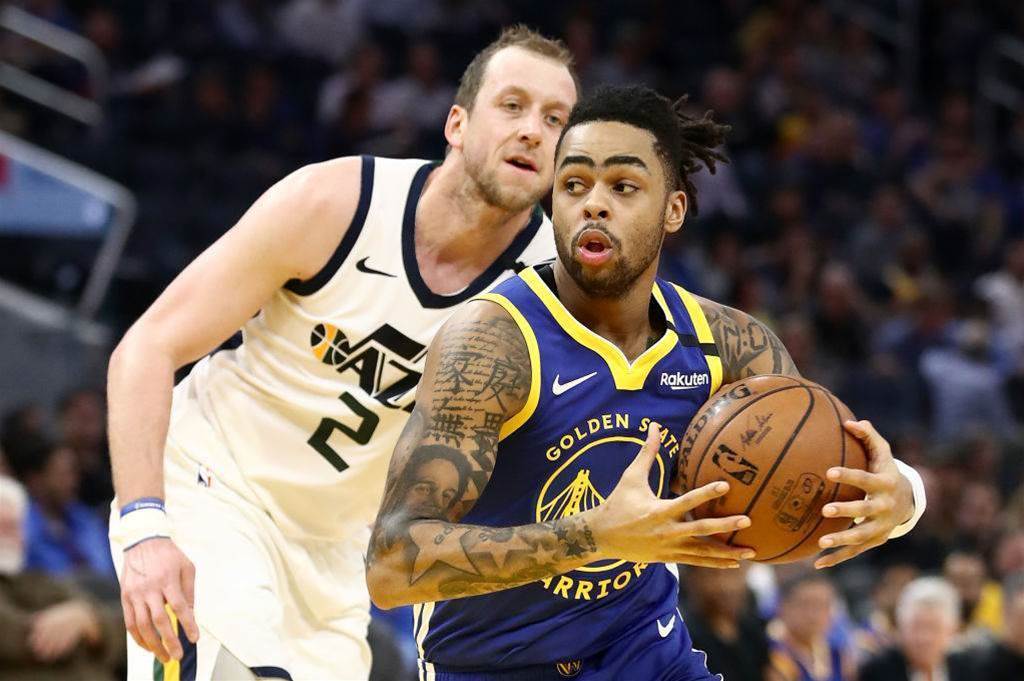 The Jazz's winning streak was halted this week in New Orleans. The Pelicans received a few controversial decisions their way in the OT period, but can rightly argue that the game shouldn't have gone to OT in the first place, with the officials gifting Utah a very soft call at the buzzer.

The Jazz's hot form has allowed them the luxury of easing Mike Conley back into action, after missing 19 of his previous 20 games. He's looked steady coming off the bench in his 3 games since returning.

I've argued for it before, but I believe the Jazz would be best served keeping Conley as the director of the bench unit, leaving a white hot Joe Ingles and the newly minted (4 years, $36 million) Royce O'Neal in a starting unit that is sweeping all before them.

The Lakers laid an egg in Boston, going down by 32 points in a game where Boston were able to gently ease away from a Lakers side that just didn't show up. How bad was the Lakers performance? Their top scorer was JaVale McGee. Any time JaVale McGee leads your team in scoring, it's probably bad.

In the game prior, LA absolutely bullied the Rockets in Houston. Los Angeles piled up a 24-4 advantage in 2nd chance points, without Anthony Davis playing. Dwight Howard came up huge in that game, with 10 boards, 3 blocks and a pair of steals in 24 minutes.

The Clippers somehow lost to Atlanta in their last game. It's not a concern. They are, to an extent, feeling their way through the regular season.

They know that their time isn't the dog days of mid January. To that end, it's no surprise to see the team sit Paul George with minor shoulder issues, or to rest Kawhi Leonard from time to time. They're deep enough to handle those absences at this point of the season.

That said, they still need a leader – both Kawhi and PG missed the Hawks game. When the Hawks made their move, no Clipper stepped up.

With George out, Kawhi has unleashed over the past few games. In his last 6, The Claw has put up a nightly 36 points, 6.6 boards, 4.3 assists, 2.8 steals and knocked down 2.7 three pointers.

Another perfect week for the Bucks, who have extended their win streak to 7 games. The ease of the Bucks wins is startling: they're average winning margin over the streak is 16.6 points.

The comfort with which Milwaukee are dispatching their opponents is allowing Coach Budenholzer to rest Giannis Antetokounmpo even more than usual.

The Bucks superstar is averaging a tick over 30 minutes per game on the season and that's down to 27.2 minutes over the streak.

Importantly, Giannis is only playing an average of 6.6 minutes in the 4th quarter over those 7 games. If James Harden's play-off flame outs are any sort of lesson, this sort of rest through the season could be huge come play-off time. 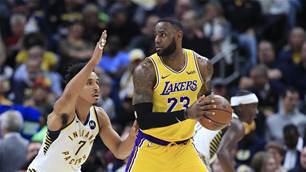