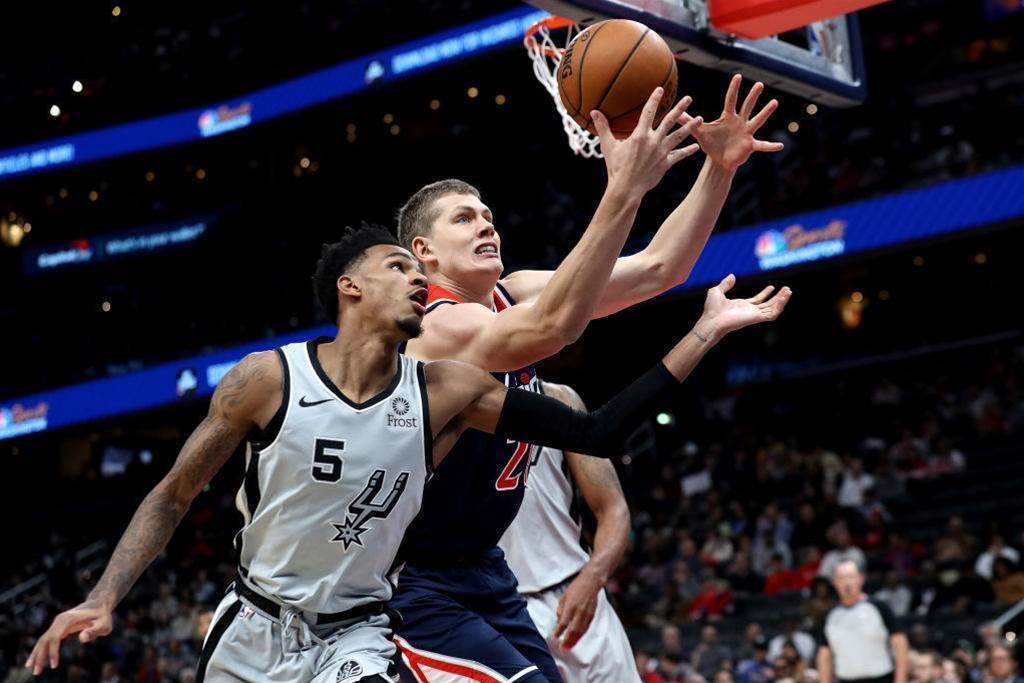 Losers of 7 straight, this should be the season that the Spurs finally fall out of the playoffs (cue Spurs White Walkers - they will not be killed!). The team should be exploring the trade market for vets LaMarcus Aldridge and DeMar DeRozan, although it's unclear what they would get. If a desperate team throws a 1st rounder at them for wither player, the Spurs should bite their hands off.

The stylistic change from the foot-to-the-floor Westbrook/George Thunder, to this deliberately paced CP3 and SGA led squad is taking some getting used to. The Thunder used to pound you on the offensive glass, gamble on defense and ram the ball down your throat. This side is so much more serene. It's slightly jarring. That being said, the Thunder and playing solid basketball, that belies their poor record.

Nikola Vucevic finally broke out on Monday (Australian time) against the Wizards 'defense' with 30 points and 17 rebounds. The Magic need him to maintain something close to that form to get back into the playoff picture. Sadly, both he and Aaron Gordon went down with ankle sprains in yesterdays match up with Toronto. There's no word on the severity of either injury as yet.

The Nets rode out a touch 5 game road trip, beset with injuries to Kyrie Irving and the snake-bit Caris LeVert. Spencer Dinwiddie broke out in LeVert's stead averaging 24 points and 6.7 assist in his last 3 outings. DeAndre Jordan's minutes continue to fluctuate. He's putting up nice counting stats, but when you watch him you can see that he's lost a step.

DeAndre Jordan is moving at the slowest speed on defense of any player in the league (3.34 MPH). pic.twitter.com/dlomYEWj50

The Blazers had to do something, didn't they? A terrible start to the season, despite some astonishing Damian Lillard performances, means that GM Neil Olshey had to act. Will Carmelo Anthony be a difference maker? It's unlikely, given his age and recent flame outs. Given the frontcourt situation (Collins injured, Aminu/Harkless not replaced, too much Hezonja) gambling on a 10 time All Star seems a worthwhile bet.

The Kings resurgence continues, despite injuries to key players and Coach Walton slowing the leagues preeminent running side to a crawl. As expected, Bogdan Bogdanovic has stepped into fill the Fox shaped hole at the point, averaging over 10 points and 8 assists in his last 6 appearances. The Kings made a statement against the league leading Celtics, snapping Boston's 10 game winning streak with a huge defensive stand at the death.

The Suns continue to confound. The expected bottom feeders of the Western Conference are keeping their heads above .500. For all the talk of Booker and Baynes launching from deep, Coach Monty Williams has his team doing it on defense. The Suns are top 5 in opponents offensive boards and deep attempts allowed. They're forcing bad shots and cleaning up when that shot misses. An Old School recipe for solid defensive basketball, if I've ever seen one.

Coach Nate McMillan has his Pacers running some beautiful sets, but despite that they're only 16th in Offensive Rating. There is a direct correlation between creativity and a lack of scoring punch on this roster. With Malcolm Brogdan injured, too much is falling to Domantas Sabonis. Victor Oladipo can't make his long awaited return soon enough. To that end, he's been sent to the G-League to continue his rehab, so hopefully he's back on an NBA floor soon.

The Wolves fell back to Earth a touch this week. That can largely be attributed to Andrew Wiggins absence for a family funeral. The former #1 pick had been on a tear before taking leave, averaging 31 points, 6 assists, 5 rebounds and 2.6 stocks (steals/blocks) in the games prior. He returned yesterday in the loss to Utah – not the best team to make a smooth return against.

Luka Doncic continues to steal the headlines, including another triple double in the 48 point evisceration of Golden State, in which the Slovenian racked up 22 points, 5 boards and 5 assists in the 1st quarter! Kristaps Porzingis continues to make strides in his comeback season, racking up 4 straight double/doubles. 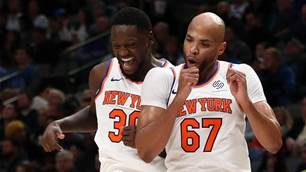 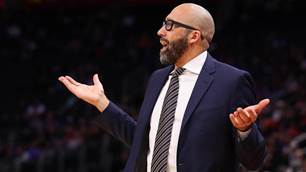