Quade Cooper is expected to return to the Queensland Reds for the 2017 Super Rugby season following today’s appointment of coach Nick Stiles.

Cooper left the Queensland-based club at the end of the 2015 season and joined Catalans in the French rugby competition.

He won a premiership with the Reds in 2011 and spent nine seasons with the club.

Stiles said he was keen to connect with the former Wallaby who had recently resigned with the ARU but remains without a club.

"I've got a good relationship with Quade. He's a Queensland Red. He's passionate about the place. Hopefully we can get that sorted and move forward," he said.

Cooper’s main concern is the culture at the Brisbane club which he believed waned in his final seasons in the Queensland capital.

Reds general manager Daniel Herbert said he would love nothing more than to bring the star flyhalf back to Ballymore as the club looks to re-emerge as a Super Rugby powerehouse following this season's 15th-placed finish.

"We've been talking to Quade for some time. I've spoken publicly – which I won't often do– about our desire to get Quade back,” he said.

"Similarly to Nick, Quade is emotionally invested in this place. He has been since he was 14. He loves it and we'd like to see him back here.

"But he wants to be in the right environment. Should he want to come back, we've always left that door open and we think he'd really round out our team list very well."

The Melbourne Rebels remain the 28-year-old's other option. 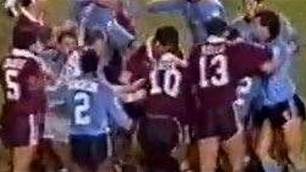