In April 2015, Singapore clinched a four-year deal to host a leg of the HSBC World Sevens Series, joining Vancouver, Sydney, Cape Town and Paris as the new host cities on the ten-city series.

Singapore last hosted the world premier sevens series in 2002 and 2004-6 at the Old National Stadium.

The Singapore Sevens promises to be a sensational tournament that engages people from all walks of life. The winning blend of compelling and competitive action - and the festival atmosphere of a Sevens event - is a proven formula that makes Sevens a hit with fans all over the world.

The Singapore tournament will feature 16 of the world’s top men’s rugby Sevens teams over a weekend of free-flowing, fast-moving action.

One can expect an amazing spectacle with powerhouse teams, from the flamboyant Fijians to the exciting Aussies, the irrepressible New Zealanders and to the South African Blitzboks – who will bring the house down with electrifying, fast-paced rugby.

Besides the thrilling action on the pitch, the event promises to be a multi-faceted extravaganza – connecting with the young, and the young at heart. "Nila", the 28th Southeast Asian Games mascot, simply can’t stay away from such an action-packed sporting event. Almost needless to say then that Nila will also be there to soak up the atmosphere.

And on top of all the action, a range of fringe activities will be rolled out leading up to the weekend tournament - including a Sevens tournament for South-east Asian teams and clinics with rugby legends. This will connect a community of both committed and potential rugby fans, advancing the development of the game and quality of players in Singapore and beyond.

With its vision to become the biggest sports, lifestyle and entertainment event in Asia, the HSBC Singapore Rugby Sevens promises to deliver a unique experience to spectators from all walks of life through scintallating world-class rugby, great entertainment for the whole family and exciting activities lined in the Fan Zone at the iconic National Stadium next April. 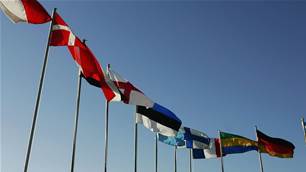 How did the A-League not see this Aussie talent? 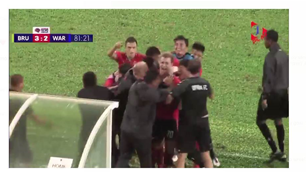