Will South Africa be able to turn their form around?

The Springboks are counting their lucky stars that they avoided the group their Rugby Championship counterparts Australia were placed into. For a squad littered with some of the best talent in world rugby it has been a very questionable 2015 for the South Africans. After a last minute and disappointing loss to the Wallabies and back to back losses to New Zealand then surprisingly to the Argentinians, the 1995 & 2007 champions aren't heading into the Cup in tremendous form.

The South Africans still have the potential to turn things around and are expected to escape the pool stage regardless, but if things don't improve soon it could be difficult to see the Springboks go far into the Cup, though Springboks fans will be backing them right until the end.

For many the Scots are tipped to follow the South Africans out of the pool but after a winless Six Nations campaign hopes aren't that far up in the sky. Questionable and disappointing performances have littered their 2015 campaign so far, but with the luck of the draw they should be able to squeeze past their opponents and qualify behind the Springboks, but the Samoans might have a say on that.

Easily one of the most frightening teams in the Cup. With a monstrous forward-pack and a 117kg Alesana Tuilagi on the wing, opponents will leave their encounter with Samoans battered and bruised. They showed some good signs when they hosted New Zealand in July, going down in a close affair. They proved that they are able to physically match it with one of the best sides in the world but lacked that final product which could cost them in the cup. Fiji might be the entertainers of the Pacific but Samoa are easily the beast.

A squad consisting of a tremendous amount of experience and coached by former Wallabies leading man Eddie Jones, the Japanese will be hoping to cause a few upsets in this edition of the Cup. A close victory over Georgia leading into the tournament hasn't set the confidence high for Japanese fans but Jones' squad is a well drilled side and will aim up against their heavily favoured opponents.

Tough, rough and fast. Three descriptions that defines the US rugby team. After an impressive first half against the Wallabies, the US will be aiming to roughen up opponents with their physical nature then hit teams hard with pace and skill. With a squad consisting of 12 European based players this maybe the best national side to head into a Cup. Qualifying out of the pool is a tall order but American rugby is improving nonetheless. 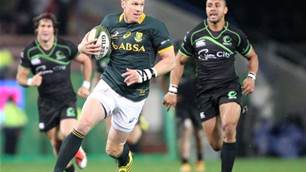 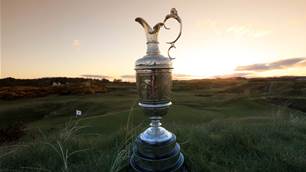