Our interview with Chris Nilan, one of the sport's most brutal enforcers.

Montreal Canadian Chris Nilan, a 13-year veteran of the NHL, is the main subject of a 2011 film which is being released on DVD through Via Vision in August called “The Last Gladiators”. By Academy Award-winning director Alex Gibney, the film examines the fights Nilan faced on and off the ice, even up until a few years ago, well after his retirement from playing. “The last Gladiators” illustrates the highs and lows, ravages and falls-from-grace suffered by guys like Nilan who played a very unique role for their teams. When Inside Sport was offered the chance to interview Chris, we jumped at it. Here’s what happened …

“Chris, thank you very much for talking to Inside Sport. For starters, I’m curious to know what kind of reaction “The Last Gladiators” received from the North American hockey public when it was released in cinemas in 2011.

“The reaction the film got, overall, was a very positive reaction. I think a lot of people were appreciative of the fact that I was so open and honest about my life and what I went through and what I did. A lot of people really recognised that and would come up to me and talk about it and say how much seeing the film meant to them or helped them or how much they thought it might help other people.”

What is it about “ice” hockey that makes it such an aggressive game? Is it the ice playing-surface itself; you certainly don’t see the same confrontations in field hockey …

“I think the ice is more or less irrelevant … Back in the day, this game was first played on the ponds, or on a lake, wherever. There were five guys on each team … and there were no referees! So it was up to the players themselves to police themselves! You know, it’s an aggressive game. Guys would often stop in the middle of games, someone might’ve slashed someone or hit someone with a stick or thrown an elbow at someone; you know. And they would settle it like men right there and get on with playing the game. That started way back at the very beginning of hockey. Even though we’ve seen the sport evolve and change over the years, the aggression is still basically in the game. It’s still part of the game; although maybe to a lesser extent to what it was years ago. I don’t think the ice has very much to do with it … It’s just been the evolution of the game from where it began. But I guess it’s something they never wanted to take out because they found it to be an exciting part of the game and also somewhat of an outlet for the players.”

What was the scariest incident of your career? Any moment when you thought, “I might have bitten off more than I can chew here with this guy: he’s fired up tonight …”

“I never felt that with anybody, you know? I took my punches … Probably the scariest time I had was during a brawl; I ended up hitting a guy and hurting him and he was down on the ice and I was on him, but I never hit him again. All the guys on the other team came out and it was kinda mayhem and chaos out there. And then I had two guys coming after me and I was … a little bit nervous that I’d step on someone’s stick or something and fall and they’d get on top of me, but I was able to keep my feet planted on the ice. I backed up long enough around on the ice until a linesman was able to take one of those players away and it ended up being even again; just me one on one with the other guy … The other guy ended up declining to fight me after he lost his partner. That was probably the scariest moment. Anytime there’s a brawl is scary because you just don’t know what’s coming and you can get hurt in those things. That I didn’t like. As far as just dropping your gloves and fighting someone one-on-one, I didn’t have a problem with that whatsoever. The fear was always there; I always had fear before a fight or at times before a game if I knew there was going to be a fight, but I was able to walk through those fears more or less and do what I had to do. As uncomfortable as that could be at times, I was always able to deal with it and do my job.”

Away from the fisticuffs, what kind of player were you and what would you say were your most outstanding skills?

“As far as the actual game is concerned, I was a good physical player … I was a good all-round player; I was a good defensive player and I could score goals. I had a little bit of everything. I could move the puck and I could pass the puck. I wasn’t a player who just fought and then sat on the bench. I played the whole game. I spent maybe not quite as much time on the ice as a goal-scorer, but pretty close. I was on a defensive line, but I was fortunate enough to play with good enough players who allowed me to chip-in on offense, so I did score some goals. I’d score 21 goals in a season, 19 goals, stuff like that. People looking at me from afar would say the dominant part of my game was obviously fighting … But fighting was easy. Being a hockey player was probably the hardest part, and the thing I’m most proud of … becoming a hockey player who could play regular shifts night in, night out, have an impact on the outcome of the game and be a good team player.” 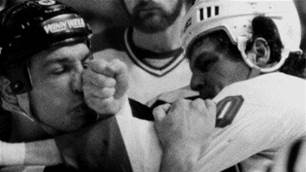 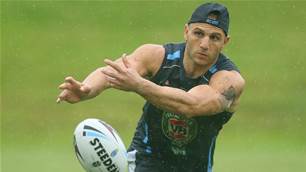 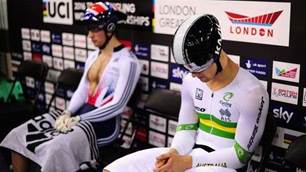