Eddie Jones is back and is ready to dismantle Australia!

For the first time since 2010, England is in Australia and ready to take charge against the Wallabies in a three-game series. After an incredibly disappointing World Cup campaign last year, where Michael Cheika's boys put their rivals to the sword at Twickenham, England has rebounded. Stuart Lancaster was given his marching orders, with the English appointing former Wallabies head coach Eddie Jones. The Australian quickly transformed the side and led them to a dominant Six Nations win, their first Grand Slam in 13 years. Now ranked fourth in world and the leading team in the Northern Hemisphere, England will be much more confident taking on the Wallabies this time around.

Australian rugby hasn't been up to scratch domestically this season. With Super Rugby teams from New Zealand dominating the Aussie teams, the Wallabies have an opportunity to save face against England. In saying that, since Michael Cheika's appointment the Wallabies have improved; 2015 saw Australia finish second at the World Cup to go with a first-ever Rugby Championship triumph. Indeed, under the former Waratahs coach's leadership, there are still high hopes for this side, especially with Mario Ledesma leading the forwards. The former Argentinean star has been able to turn the team's greatest weakness into a threatening aspect of their game.

England has brought over a squad boasting a healthy mixture of experience and youth including code-hopper Ben Te'o, who has earned his first call-up for the English team. The Wallabies are missing the battered Matt Giteau and Kurtley Beale (injured), while Christian Lealiifano also appears set to miss the first match as he and his partner are expecting their first child. There are enthusiastic and fresh faces in the squad, however, with Alan Alaalatoa, Rory Arnold, Nick Frisby, Dane Haylett-Petty, Reece Hodge and former NRL and AFL code-hopper Karmichael Hunt all in line to make their debuts. 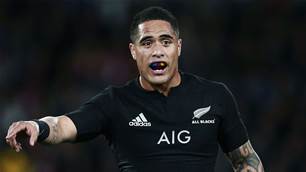