Introducing the world’s “newest” country, backdrop to the Tour de Timor, a punishing introduction to cross-country mountain bike riding … for some.

Introducing the world’s “newest” country, backdrop to the Tour de Timor, a punishing introduction to cross-country mountain bike riding … for some. 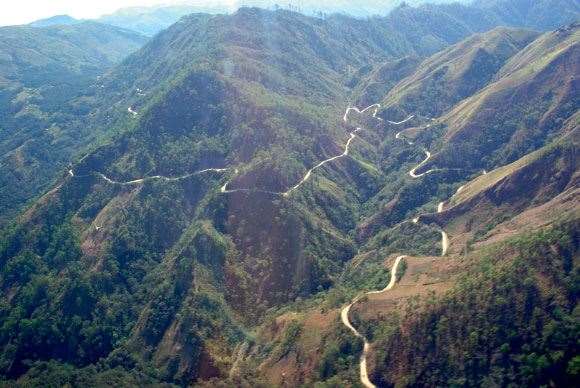 The metronomic whir of thick MTB tyres on surprisingly good East Timorese bitumen almost lulls us into a false sense of security … Five days and 450km through the consistent 35-degree heat of the dry season, though, keeps us from getting too relaxed.I‘d heard of the Tour de Timor just six weeks before the event. I gathered together the requisite four-man crew, grabbing a couple of mates from a variety of sporting backgrounds, and we quickly set about getting ourselves organised. The idea for the event was also rushed: East Timor President Dr Jose Ramos Horta had only kick-started the concept in May 2009, with the Tour cemented in for August 23-28.

The adventure isn’t only for us. The inaugural Tour coincides with the tenth anniversary of East Timor’s referendum for independence. East Timor is the world’s newest country after obtaining independence from Indonesia in 2002. It’s also our closest northern neighbour. The referendum on August 30, 1999 was overwhelmingly in favour of ending the 25-year occupation of the country by Indonesia. Destruction during the withdrawal of Indonesia, followed by several years of pro-Indonesian militia fighting, kept this little country from rebuilding. The occupation itself had been a source of consistent guerrilla resistance – current Prime Minister Xanana Gusmao was instrumental in the fight. So this was something to celebrate. 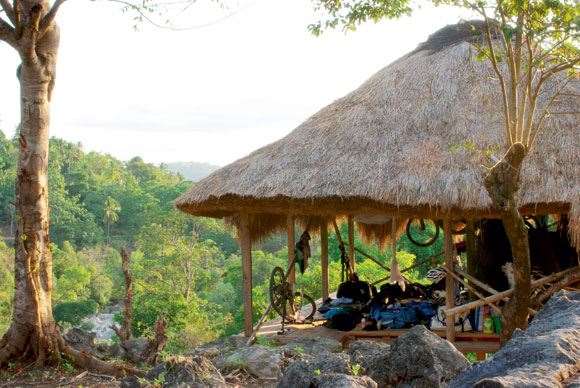 Upon arrival in Dili, we’re greeted by a crew of Australian and Timorese officials, all keen to make the first ever Tour de Timor as big and as exciting as possible. No less than Dr Ramos Horta sets us off from the start line at the Presidential Palace. Pushing

out of Dili and along the beachside highway towards Baucau offers a relaxing ride. It doesn’t last long, though, as we turn inland and find ourselves confronted with the dustbowl conditions of dry season rice paddies. Having ridden with a solid group of 20 riders for most of the first 40km, I realise the pack isn’t going to hold formation for much longer.

Sure enough, I find myself riding the next 30km stretch flanked either side by burnt paddocks, watching my skin turn crimson under the midday sun and having only the media chopper for company. Having lost the other boys in the early excitement coming out of Dili (what can I say, we aren’t really riders), I start to consider the merits of riding in a team – until I catch up with our strongest rider, Deon, who’s suffering painful cramps on the side of the road. Together we punch through the rest of the dustbowl, take drinks at the 90km mark and set about tackling the final 500m climb.

Finally and painfully, we reach Baucau and head straight for the local pool, filled by natural springs. Later we’re ushered into the local town hall for dinner – and what a feast it is. In fact over the next four days we’re treated to huge grilled fish, beef stews, pork, chicken and goat meals, all organised and cooked by the locals who are also engaged to unload our gear from the trucks, organise camping sites and distribute water. 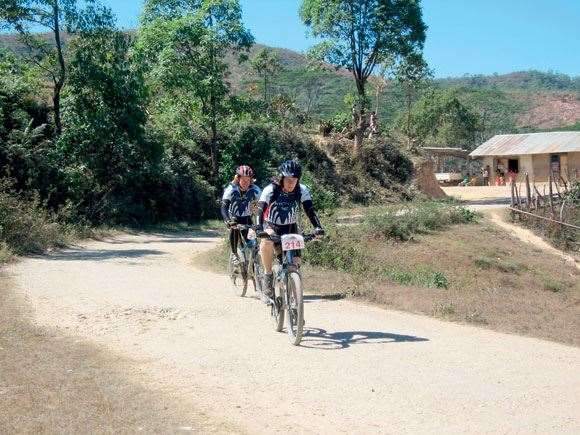 Day two takes us out of Baucau and into the rainforest of Loihuno. It’s a gorgeous ride and is our first real mountain biking experience. Charging over cracked and broken bitumen, past cheering villagers (“buon dia mister!”), turning off onto dirt tracks and pacing down wicked hills gives us a real sense of what we’d come for. Sliding down loose rubble and then grinding back up again finally brings us to the end of our 90km day. The rainforest retreat of Loihuno had only a decade ago been a centre for fierce guerrilla fighting. Now, it’s a place of incredible kindness from locals all too happy to have riders stay in their village.

The next morning we’re up early to spend as little time as possible in the midday heat. We’re heading to Betano, a beach on the southern side of the island. In just three days we had cleared the breadth of the island and a considerable section of its length. As we ride the third day we’re treated to early climbs and more slipping and sliding down hills and across rivers.

Reaching Betano is a bitter-sweet victory. We’ve made it over halfway and are treated to a beautiful beach where we sip coconut milk and enjoy a bit of physio from the support team. However, one thing weighs heavily on our minds: the next day we would be riding into the mountains for a town named Maubisse, an 1800m peak including a final King of the Mountain stage pushing us up 600m in just 3km.

The ride is every bit as torturous as it promises. Sharp switchbacks and screaming quads are more than enough to see several of us jumping off and pushing up what seems like a never-ending driveway. To call the roads “steep” seems a bit of an understatement. The thought of reaching the top finally becomes a reality and the next few kays offer some viciously steep downhill runs, taking us to the next stopover, the gorgeous Pousada da Maubisse, a Portuguese-era guest house set in a spectacular valley.

The final ride is back into Dili and pulls no punches. For over 100km we cruise along some single track, a lot of broken surface and up some very steep, loose climbs. The final descent into Dili sees us riding along the coastline – and straight into a cruel headwind. Pushing through finally gets us back into Dili and to the Presidential Palace. We head straight for the bar and spend the weekend partying with locals.Big thanks to Skins and Gu for their support. For next year’s event check out www.tourdetimor.com