A new star and a new champ all in one night. 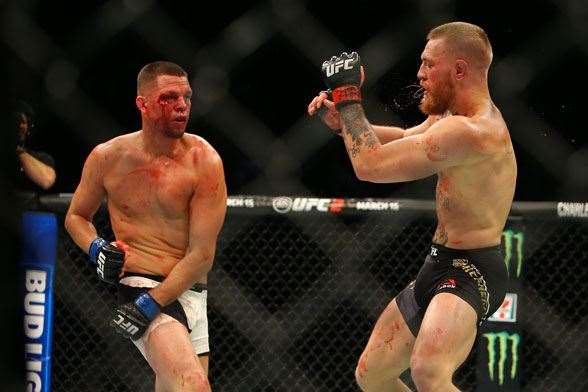 "Humble in victory, Humble in defeat."

Those were the words from the Notorious one, Conor McGregor after he suffered his first defeat in the UFC, at the hands of American Nate Diaz at UFC 196 in Las Vegas.

The brash Irishman, who stepped up two weight classes from featherweight to welterweight, after his original opponent current UFC Lightweight champion, Rafael Dos Anjos was unable to compete, submitted by rear naked choke for the first time in the UFC Octagon in the second round of his much anticipated fight with Diaz. 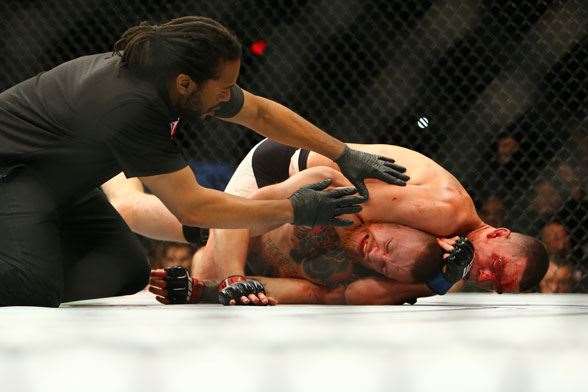 McGregor came out swinging, with an plethora of vicious punches and leg kicks, busting Diaz wide open just above the eye in the middle of the first. Despite the early onslaught Diaz managed to survive and early in the second round took his chance.

Diaz, who only took the fight on 11 days notice, threw a hard left jab which stunned McGregor.The American immediately went on the front foot taking down McGregor, eventually locking in the choke to score arguably the biggest win his career. 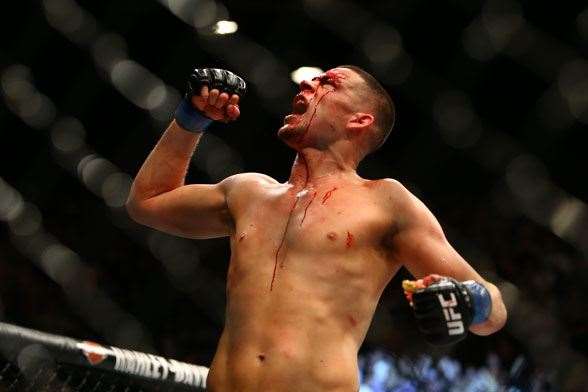 All was going to plan for the champion, heading into fifth and final round; ahead on points, certain for victory and a re-match with Rousey in the very near future. However, someone forgot to tell Tate how the script was supposed to play out.

The challenger came out swinging in the final round, needing a knockout to be assured of victory. Tate was able to take the champ down for the second time in the match and able to apply at rear naked choke, which saw Holm pass out handing Tate her first ever championship in the UFC. 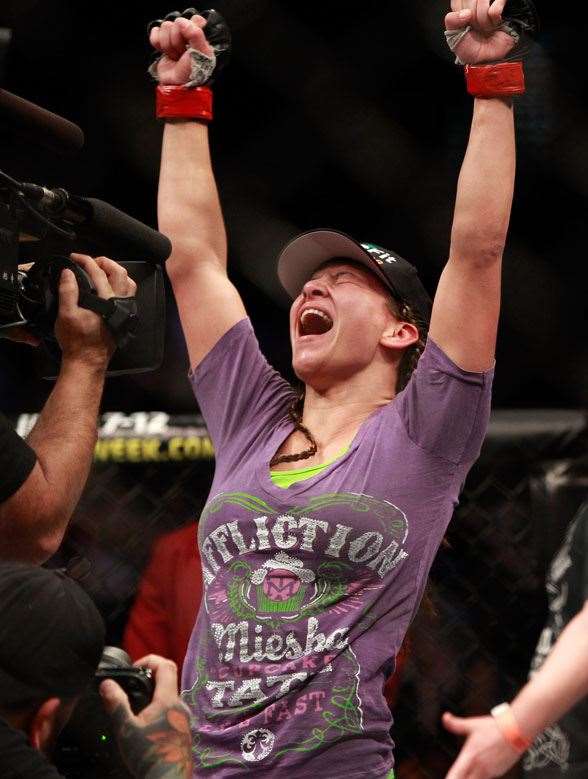 With UFC 196, not going all to script, the results of the event have potentially set up some mouth watering match-ups to take place at UFC 200 in July.

McGregor is expected to defend his Featherweight crown against the man he knocked out in 13 seconds to win the belt, Jose Aldo. Meanwhile, Tate is expected to renew her rivalry with Rousey at the UFC's showpiece event in July. Whilst Diaz has now placed himself at the front of the line for a title shot at either the Lightweight or Welterweight championships.