The Wallabies overcame a Fiji team with a strong second-half display while the All Blacks beat the Springboks in a match-up that could be a preview of the final on November 2. Both sides will take much heart from tough opening encounters and have set themselves up to their respective pools.

Fans of the Wallabies can watch every game live on Kayo Sports - click here for a free two-week trial!

The Wallabies went into the match against Fiji, at the Sapporo Dome, knowing that Fiji would present tough opposition. A try soon followed an opening penalty for Fiji, in the fourth minute, from Pecali Yato, and the Fijians found themselves 8-0 to the good.

Needing a response, it was Wallabies’ captain Michael Hooper who found the try line.  However, Ben Volavola scored and converted his try to extend the Fiji lead to 14-7. Importantly. The Wallabies got a try back to go into the break down by just two points.

Michael Cheika would have talked about how sloppy that the Wallabies had been in the first half.  Needing to improve their passing and ball handling, the Wallabies found themselves further behind at the start of the second half when Waisea Nayacalevu went over to extend the lead of the Fijians.

With mounting pressure, and under an early test of their mettle, the Wallabies responded. Within the space of five minutes, Tolu Latu scored twice to close the gap. Fiji struggled to cope with the ball out wide, and this was the catalyst that the Wallabies needed.

Further tries by Samu Kerevi and Marika Korobeite put the game safe for the Wallabies as they ran out 39-21 winners.

The International Stadium in Yokohama, the venue for the final, hosted the All Blacks and Springboks for their Pool B clash.

The last time these two teams met, Handre Pollard kicked a critical conversion. It was Pollard again who opened the scoring for the Springboks with a penalty in the first minute. 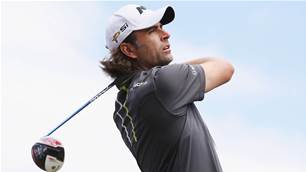 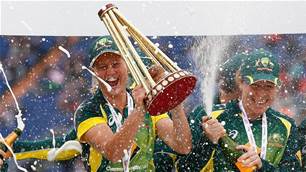 Worries that women's sport demise will 'become a self-fulfilling prophecy'