Whincup and co-driver Paul Dumbrell were dominant throughout the 500km enduro, leading for all bar two of the 161 laps.

It was the pairing’s third Sandown 500 win and Whincup’s seventh, which sees him now level with the late Peter Brock on the all-time winner’s list in the Sandown enduro.

“We couldn’t be happier,” Whincup said afterwards. “The car has been awesome all weekend. “PD [Dumbrell] did a great job. It’s never over until it’s over. This race has got away from us a few times but thankfully there were no safety cars and it was a nice clean race.”

The sister Triple Eight/Red Bull Holden Racing Team Commodore of Shane van Gisbergen, driving with fellow Kiwi Earl Bamber, followed them across the line, with the third Triple Eight Commodore of Craig Lowndes and Steven Richards filling third to make it a perfect result for the Queensland Holden outfit. 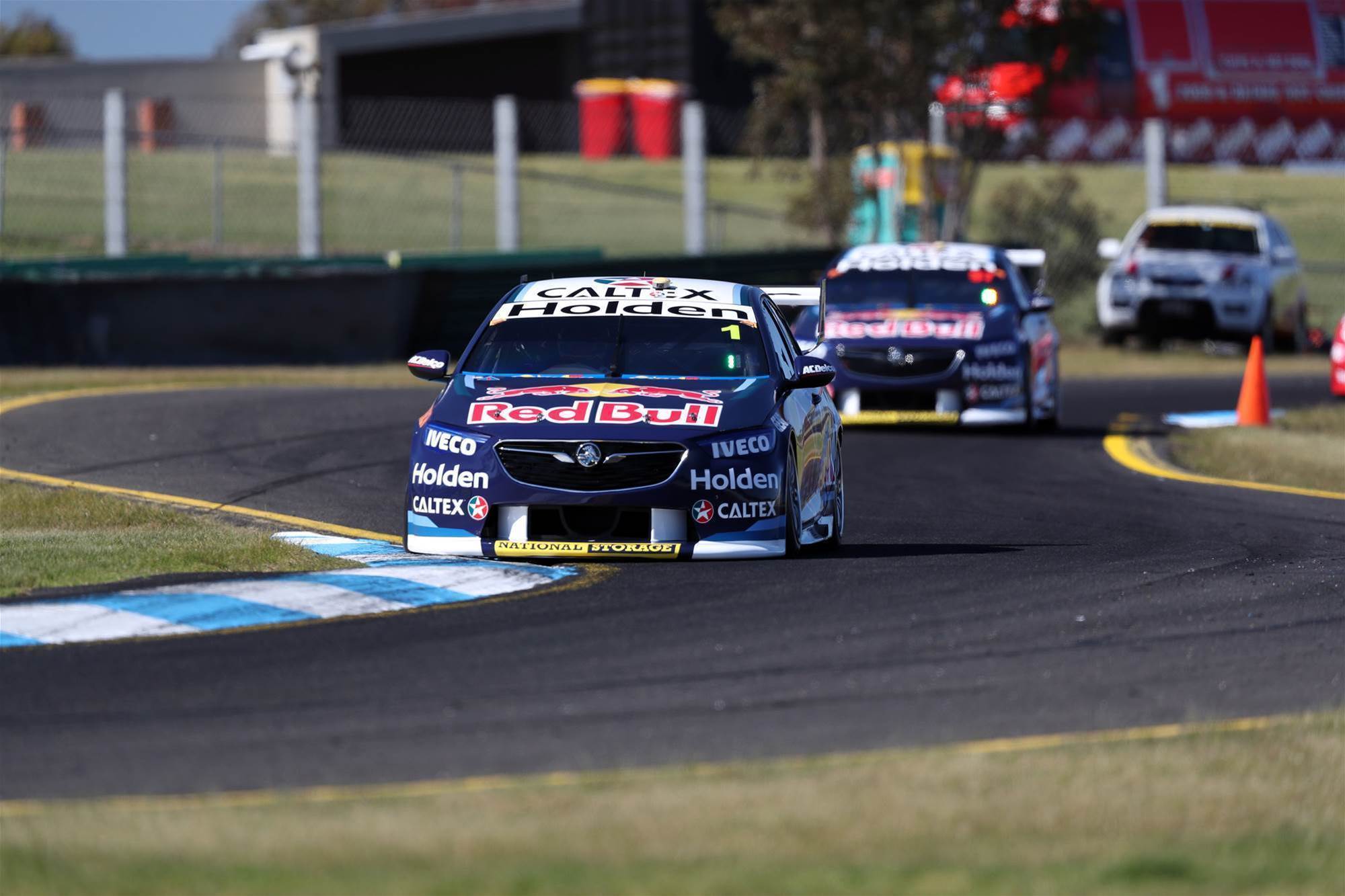 With Whincup and van Gisbergen now having won seven of the last eight Supercars championship races between them, the Triple Eight squad will head to Bathurst in three weeks’ time as firm favourites.