Everything you need to know to conquer the hills of the Victorian Alps.

The fearsome Mt Baw Baw climb is tucked away out on the Baw Baw plateau around 120km east of Melbourne. The adventure out to the climb is as much of an experience as the ascent itself. The tight and twisting Mt Baw Baw Tourist Rd brings you in from the west, through the lush forest of the southern Victorian Alps. The drive is relatively long over its short distance but that just serves to build the anticipation of what’s to come. 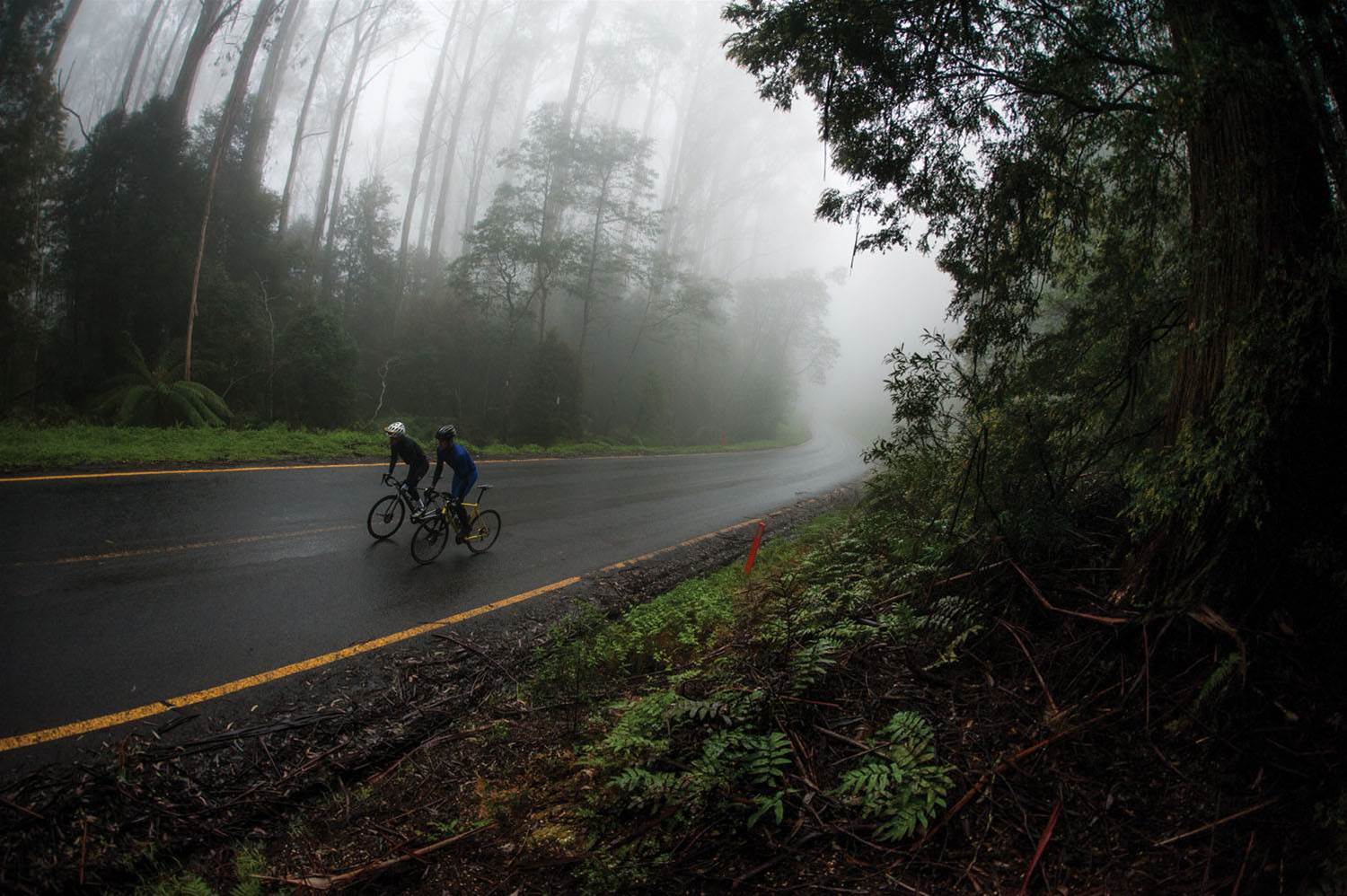 Hidden amongst the foliage is the road up to the 1567m high ski resort. This height is reached in short fashion by a narrow winding road that shoots straight up to the sky. This imitates one of Baw Baw’s most famous flowering plants, the Eucalyptus regnans. It’s the tallest flowering plant in the world and the second highest tree after the Californian Redwood. It is an apt plant to be growing beside the steepest challenge amongst the 7 Peaks climbs!

The infamous ascent of Mt Baw Baw grips you from the moment your tyres roll over the first few metres. The climb itself has an even gradient over its length, although the fact that gradient comes in at 11% means you won’t be focusing on much more than just trying to survive! The start of the climb is rather inconspicuous as the undulating Mt Baw Baw Tourist Rd and South Face Rd from Noojee, if you choose to start your ride from there, makes you feel like you have been climbing for quite a while.

Hidden in the lush grass is the start sign, almost as if the mountain wants you to miss it, so it can slap you in the face with the surprise of its vicious gradient moments later. If you can spare a look away from your stem, the opening 1.5km along the South Face Rd provides beautiful views through the southern valleys of the Victorian Alps. It’s more likely you’ll have your head down, though, with the opening section touching 12% in places. 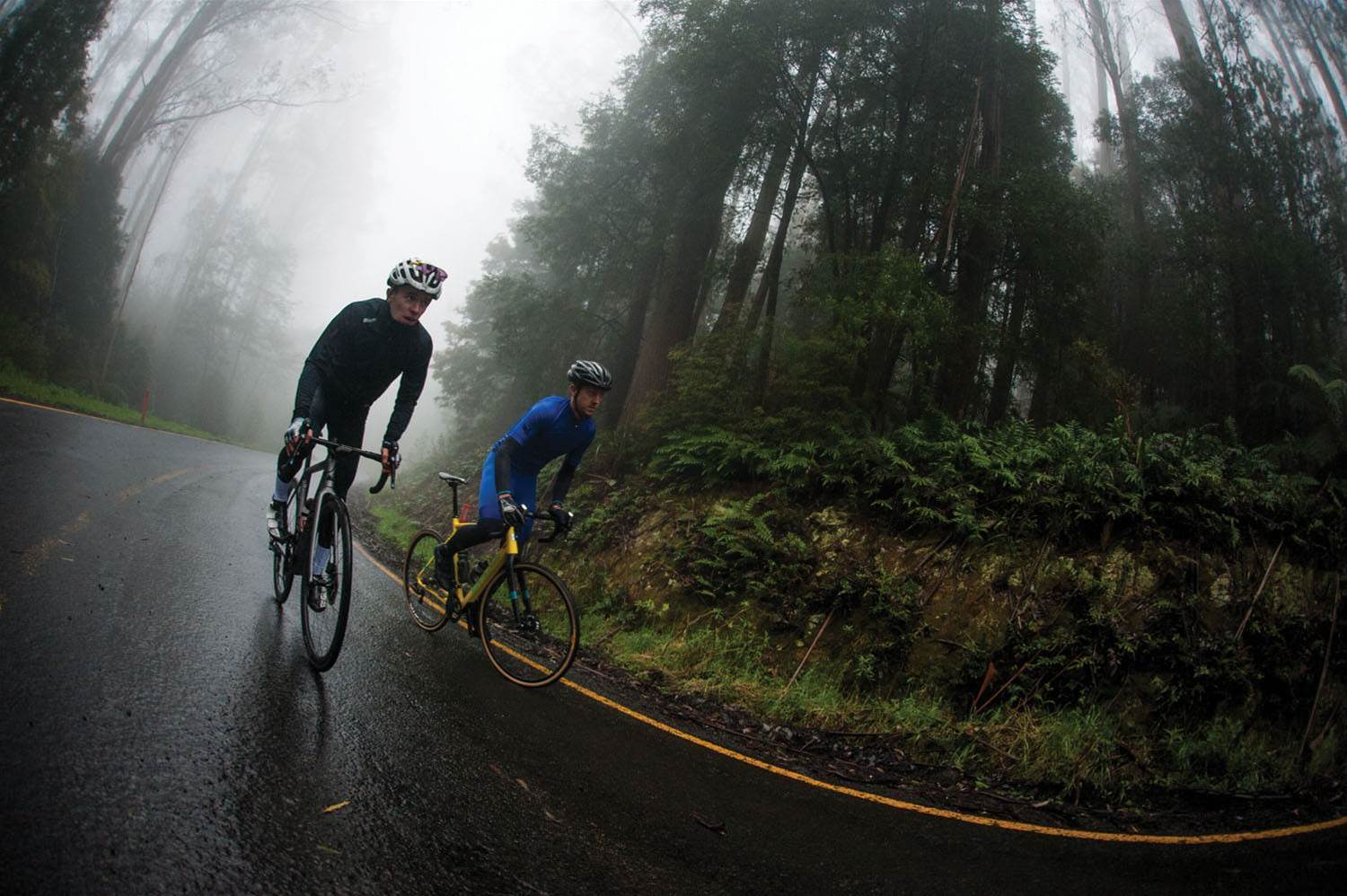 It is also a big ‘if you can see the view’ as it is dependant on the inclement weather, which can turn any sight-seeing venture into disarray quickly. Thick fog can blanket the range, although rather than being a nuisance (save for the cold that will no doubt accompany it) the fog can add to the mystical nature of the suffering. The towering eucalypti tower out of sight above and you’re left alone with your thoughts.

Turning left off South Face Rd puts you back onto Mt Baw Baw Tourist Rd with the intersection providing a fleeting moment of respite. From there it’s a ‘pleasant’ (as in slightly less brutal than what’s about to come), cycle up to Winch corner. And this is where Baw Baw gets exciting. For now you face the maximum challenge, with over 20% gradient around a sweeping left - although the biggest challenge may not be tackling it but carrying on afterwards!

The gradient relinquishes control of your screaming quads for a fleeting moment around a hairpin before it’s back to a stem chewing 11%+ to the top. This largely relentless assault on your body is what makes the Baw Baw climb such a brute. You don’t have a chance to cruise a section and recover the energy before the next steep section, like other climbs among the 7 Peaks. It’s ‘only’ 6.5km but it should be treated with as much respect as a full 30km climb like Hotham or Falls Creek. But the challenge is there for a reason, the 7 Peaks is an achievement to be sought out and conquered… not just gifted on a platter.

When you should ride Mt Baw Baw

Picking a window of good weather may prove difficult, but given the surface of the road isn’t great it’s best to be tackled in the dry if possible. The isolated location means the traffic, such as cars and motorbikes, isn’t terrible during peak periods but the road is narrow so picking a quiet day with good weather can pay off.

Basing yourself out of Marysville or Healesville means that you can link the Mt Baw Baw climb with the Lake Mountain climb for a great weekend away. Vibe Hotel Marysville gives you the option of lunch and dinner at the hotel, which makes for a great base, whereas Healesville is bigger with more options for food.

The isolated location of Mt Baw Baw means you’re best to be as self-sufficient as possible. Taking a packed lunch to put in a support car, if that is available, or carrying enough to eat is best. 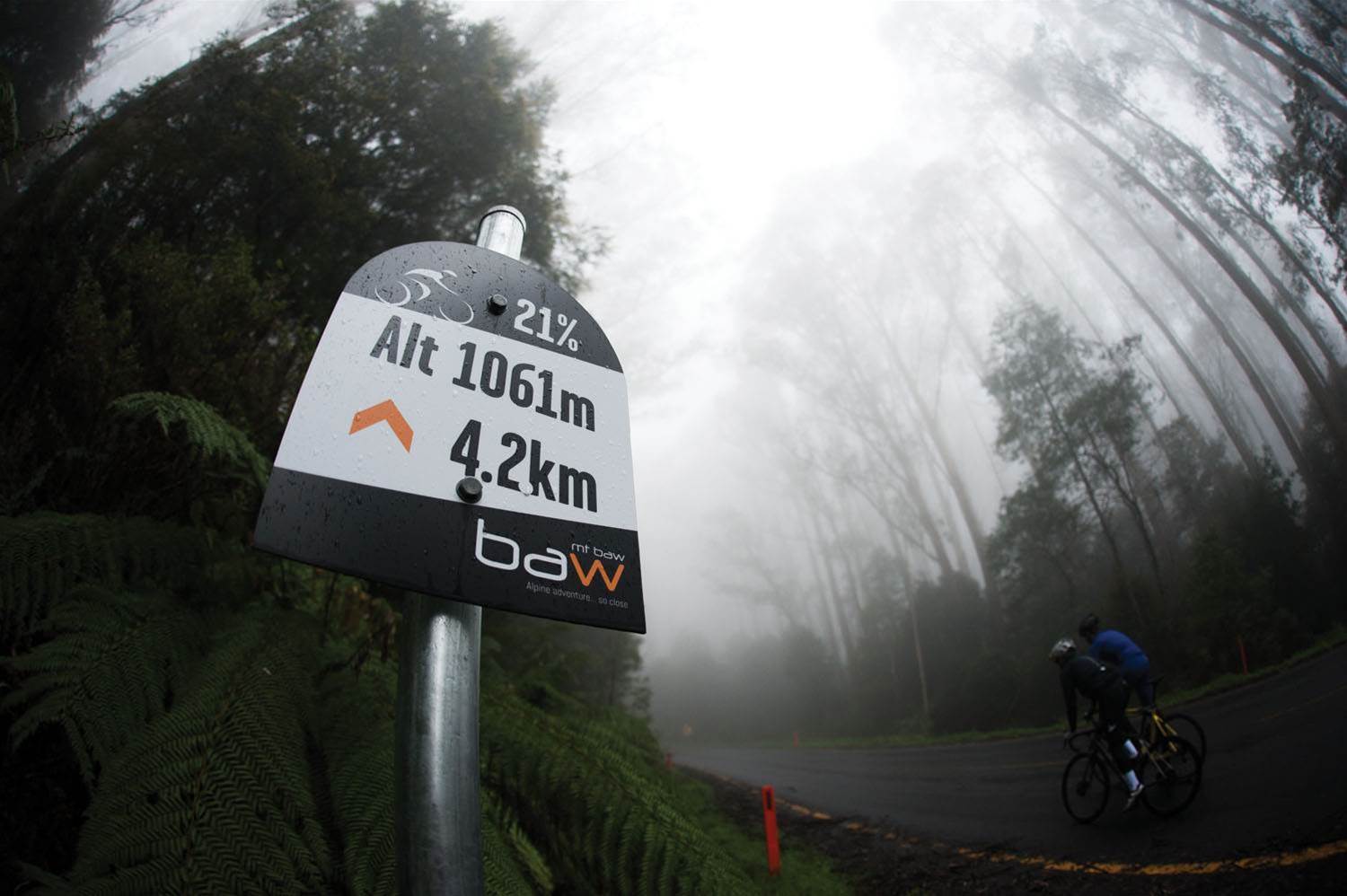 Pacing – The steep gradient of Mt Baw Baw requires a nice and even pacing strategy. The moment you get carried away could be your undoing. Keeping things contained and the ticking over of the pedals will get you to the top. 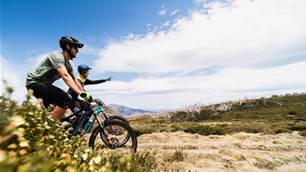 Ride on, ride off at Wild Mersey