We’ve compiled a factfile on one of the host venues to give you the lowdown on what lies ahead for travelling Aussies.

The island of Kyushu will host some important matches for Australian rugby fans. In addition to two quarterfinals matches, the region will host the Wallabies’ third pool match against Uruguay on October 5, along with a handful of other games including the All Blacks v repechage winner on October 2.

Japan-wide, Kyushu may be considered the country’s unofficial rugby capital with schools regularly dominating national competitions and a more established rugby culture than in many other parts. Add to that a relatively warm climate, a rich culture, and natural landscape, and the unique charms of Kyushu make for an attractive RWC19 destination.

On the western edge of Japan, Kyushu island’s landmass is about half the size of New South Wales. Despite that, the region manages to cram in plenty. Between matches, Kyushu offers both natural beauty and urban attractions. Hot springs, volcanoes, and historical landmarks complement its unique local food which itself is reason enough to visit this ancient land.

One of the many intriguing reasons to visit to Japan is the country’s region-specific food. What you might find in one prefecture, you may not find elsewhere. It’s a great part of why making the effort to explore is so rewarding. The added bonus, where the seven prefectures of Kyushu are concerned, is the relatively low prices when compared to much of the rest of Japan.

Luckily, it’s pretty simple getting to Kyushu and its nearby regions, which means melding World Cup matches with cultural and culinary treats is easy and essential. Visitors can reach Kyushu on a flight in about two hours from Tokyo, Incheon, Shanghai and Hong Kong. It’s also only about two hours on the bullet train from Osaka. 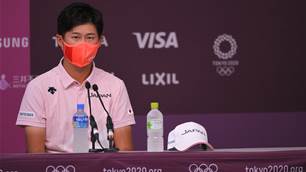