The ‘Home’ of Football in NSW played host to grassroots football’s most prestigious tournament as teams from all over NSW wowed spectators in what was a wonderful day for the round ball game that proved to be a hit with players, managers as well as the referees and officials on the day.

Click HERE to catch up on the action from each match.

More than 300 teams participated in Football NSW’s knockout tournament as over five thousand plus players battled week in week out in the hope of landing a coveted spot in the finals.

The match action kicked off at 8:30am and didn't finish until 12 hours later.

Click here to nominate your club for the #Clubbies2019 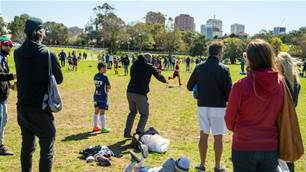