Australia is set to host the first day-night Ashes Test next summer after England agreed to the move.

The 2017-18 home Test schedule is soon to be released with the old enemy agreeing in principle to playing with the pink ball.

The move is set to be announced prior to the day-night Test between Australia and Pakistan in a fortnight’s time.

Captains Alastair Cook and Steve Smith were said to have preferred to play all Ashes Tests during the day, but are believed to have warmed to the idea.

Other developments for next summer include playing the first Test at the Gabba after Australia’s disappointing showing in Perth against South Africa. 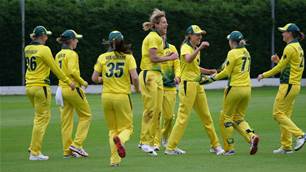