Australia will likely relinquish their world No.1 Test ranking after recording their lowest ever score against Sri Lanka following a dramatic morning in Galle in the Second Test.

Australia lost their last nine wickets for just 52 runs - eight of which came this morning - to be dismissed for just 106 in reply to Sri Lanks’s first innings of 281.

It's only the third time Australia have been bowled out for less than 150 in the first innings of a Test in Asia.

They need to conjure an incredible comeback if they are to avoid a series defeat.

Resuming on 2-54 Australia was woeful.

Khawaja (11) and Smith (5) told the tale of a tough day for the Australians.

The home side carried a 175-run lead into the second innings. 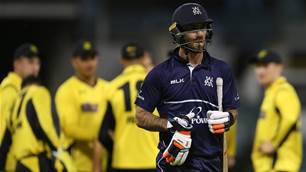