Melbourne Stars emphatically won the top of the table clash with the Sydney Sixers.

The plaudits will rightly go to Marcus Stoinis, hitting the BBL’s highest ever score with 147 not out, in a 44-run victory at the MCG. Also, Stoinis and batting partner Hilton Cartwright smashed the highest partnership record with 207 runs. The Stars’ final total of 219 was the third-highest ever; it eclipsed the Scorchers total which they achieved less than 24 hours earlier at Optus Stadium.

In Adelaide, the hapless Melbourne Renegades sunk to a new low with a resounding defeat to the Strikers. The Renegades were chasing 174 but were bowled out for 110 with a collapse of seven wickets for 24 runs. It was a poor day with the bat for the Renegades as they suffered their ninth straight defeat in the competition. 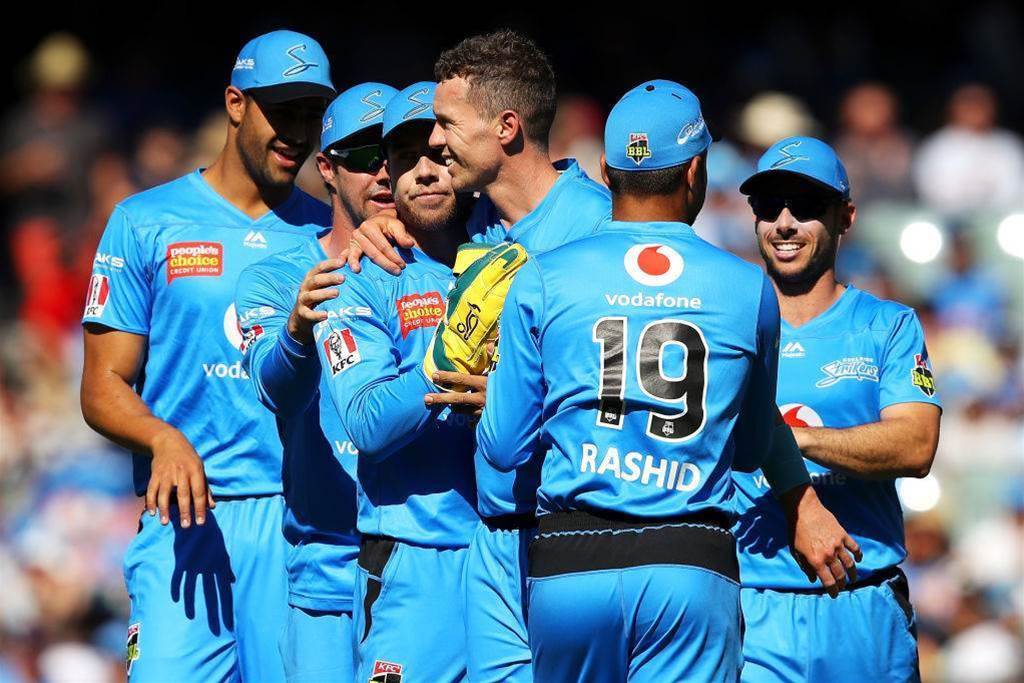 Melbourne Renegades welcomed back Mohammed Nabi, with Ric Gleeson at the end of his stint, but the story was very much the same.  Joe Mennie and Jack Wildermuth conceded 69 runs from their combined five overs as the Strikers’ batters proved difficult to stop.  Cameron Boyce was the Renegades’ best bowler with 1-22 as Adelaide mounted 6/173 from their 20 overs.

Such was the Strikers’ dominance with the ball only two Renegades batters managed double figures.  Beau Webster’s 49 was easily the best that the Champions offered up, but when he perished at the hands of a Rashid Khan googly, then it was all over.  Travis Head bowled himself in the first over and he removed Marcus Harris. Head also removed Shaun Marsh, the other batter to reach double figures, to give himself figures of 2-26.

Peter Siddle produced three overs of quality which yielded three wickets.  Also, Siddle pulled off a stunning catch to remove Nabi as the veteran bowler had a good afternoon in the field.

The win for the Strikers was an important one as it pushed them up to third in the standings, on nine points, with a game in hand over the Thunder. For the Renegades, it doesn’t prevent them from mathematically reaching the playoffs but does emphasise that their performances are woefully inadequate. 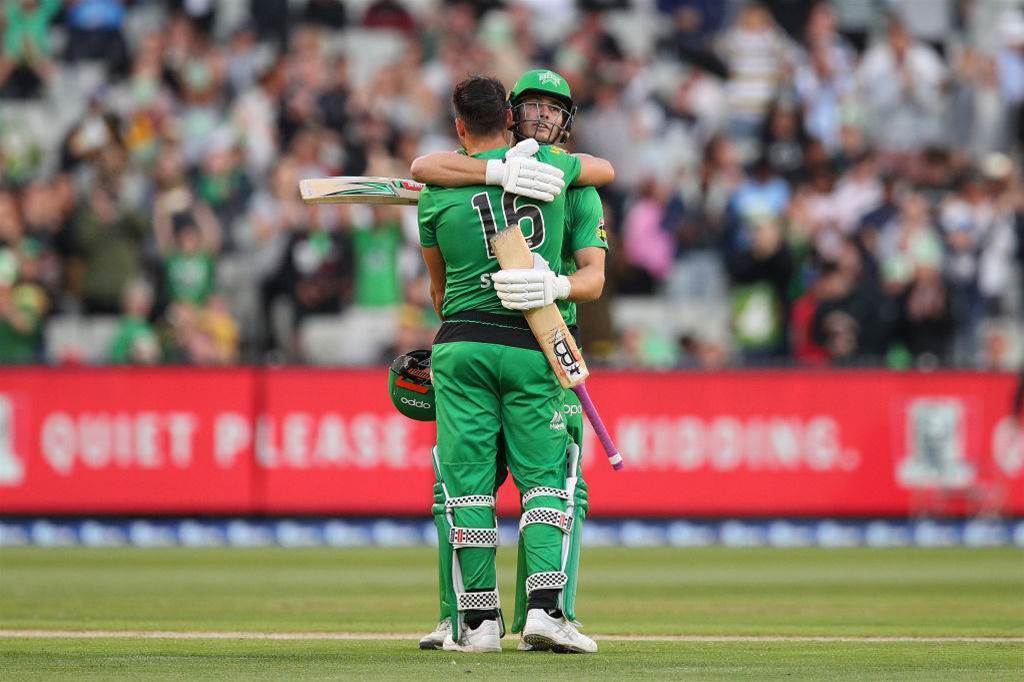 In many ways, the Sixers did well to get as close as they did.  The Stars look so much better than the other BBL teams and proved so in a ruthless display. Marcus Stoinis has been in the news recently for all the wrong reasons with his alleged homophobic comments in the heat of the moment. At the MCG, he produced a defining moment for him as a cricketer with an innings to savour. The total always looked too big for the Sixers to chase and proved so with wickets falling to stop any real momentum.

Stoinis and Cartwright’s opening stand lasted for 115 balls. When Cartwright finally fell, unsurprisingly trying to hit a low full toss for the eleventh maximum of the game, the score was over 200. There was still time for the Stars to score another 12 runs including a six off the last ball that looked suspiciously like a no-ball. Stoinis and Maxwell thought so and remonstrated without success. It robbed Stoinis of the opportunity to achieve his 150.  It was nothing less than he deserved; a sublime effort from 79 balls with 13 fours and eight sixes.

If the Sixers were going to get the total, it would need a big innings. Josh Philippe fell in the first over which was a massive blow. Daniel Hughes was playing nicely until he found deep backward square off the bowling of Haris Rauf.  James Vince and Moises Henriques, who returned to the team after the birth of his son, started to put a partnership together. Vince fell with the score on 78, but the mortal blow was two overs later. Henriques was going well on 41 until he hit Clint Hinchliffe straight to long-on.

Tom Curran came and went then Justin Avendano became Hinchliffe’s third victim of the night to leave the Sixers on 6/111. Jordan Silk added 31 before Ben Dwarshuis played a few big shots, but the job was already too big at that stage.  Dwarshuis top-scored with 42 not out as the Sixers fell 44 shorts. The Stars now have a four-point lead over the Sixers after nine games.