Melbourne Stars won their third straight game, and somewhat avenged the BBL08 final, as they comfortably beat the Melbourne Renegades.

For the champions, they are looking a poor outfit that is bereft of form and belief. It is going to be difficult for the Renegades from here.

With Aaron Finch and Kane Richardson due to leave for India soon on Australian duty, the Renegades are going to be depleted.

Heat seem unable to chase any total but have gone past 200 on both occasions that they have batted first. Hobart have now lost two games in a row after failing to chase the massive target.

They have also lost James Faulkner for at least two weeks with a calf injury that he sustained in the game on Friday evening. 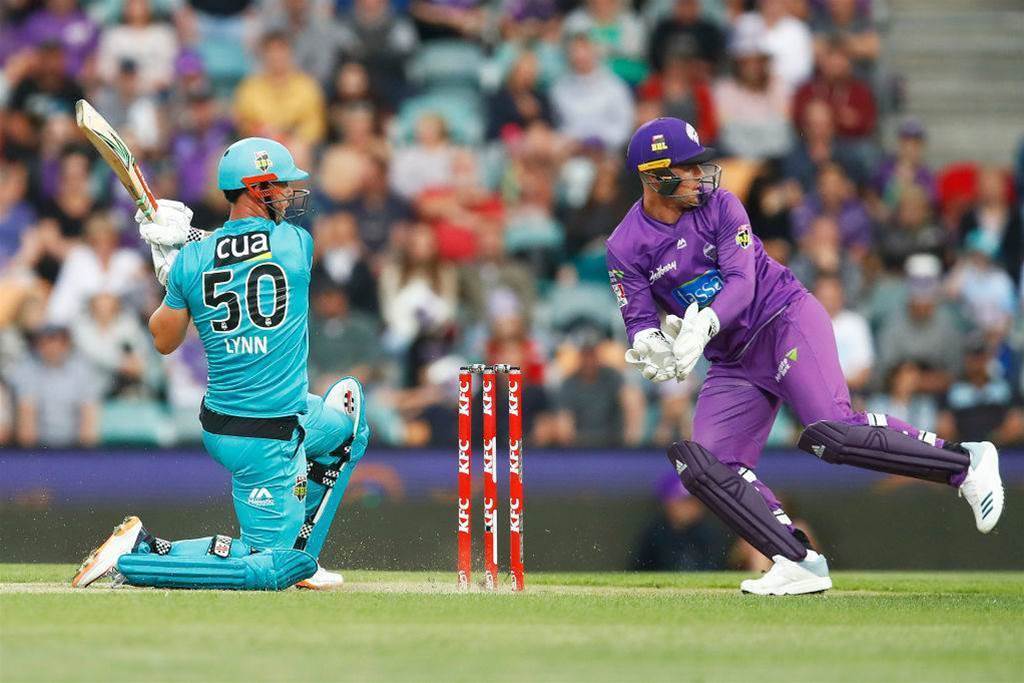 It was as if Hobart weren’t aware of the Heat’s inability to chase totals. Winning the toss, the Hurricanes decided to field first and sealed their fate.  As they did against Sydney Sixers on December 22nd, Brisbane Heat posted a total of over 200 and won easily. The match started very much to type as Tom Banton got himself out early when taking on Riley Meredith and losing out by skying the ball and being caught at deep backward square leg.

Instead of capitulating, Brisbane played a far more mature T20 innings. Chris Lynn came in and blasted the bad balls as is his raison d'être.

Max Bryant played in a similar vein as Brisbane accumulated 60 runs from the powerplay. Bryant was next to fall but not before scoring 65 from 36 balls. With ten fours and two sixes, Bryant’s aggression had set up the Heat for a decent total.

The incoming batter was Matt Renshaw, and he added another solid innings to an impressive BBL09 campaign.

Both he and Lynn continued with the controlled aggression without the recklessness of New Year’ Day’s defeat to the Perth Scorchers.

The Hurricanes ability to make in-roads into the Heat batting line up was hampered when James Faulkner pulled up with a suspected calf injury.

Renshaw departed for 30 and was replaced by Ben Cutting as the Heat were destined for a total north of 200 runs.

Lynn was unbeaten on 88 from 55 balls. Nathan Ellis, Qais Ahmed and D’Arcy Short call conceded over 40 runs each from their 40 overs as the Heat finally ended on 3/212. The total was the highest ever score by Brisbane Heat in the BBL.

A marked change from the effort against the Scorchers.

The response from Hobart started well as they were able to keep pace with the asking rate. Short and Caleb Jewell batted sensibly but aggressively.

Jewell departed with the score on 46, feathering a ball to Jimmy Peirson, but Ben McDermott came into bat and picked up the mantle.

Things started to go awry in the tenth over when McDermott gave his wicket away. Having already it two towering sixes, McDermott’s attempted swat over midwicket found Jack Prestwidge.

Five balls later, D’Arcy Short made an awful mess of trying to reverse sweep Renshaw and lost his off stump. It was a horrible dismissal that undermined Hobart’s ability to chase.

David Miller and George Bailey both got themselves before Miller’s drive could only edge the ball behind for 23. Simon Milenko and Nathan Ellis fell quickly as the pressure, and asking rate, increased.

When Bailey slapped Mark Steketee straight at long-on, and Ben Laughlin took the catch, Hobart’s last chance was gone. Clive Rose played a few shots, but Hobart was confined to defeat. They reached 9/181, but Heat had the victory. 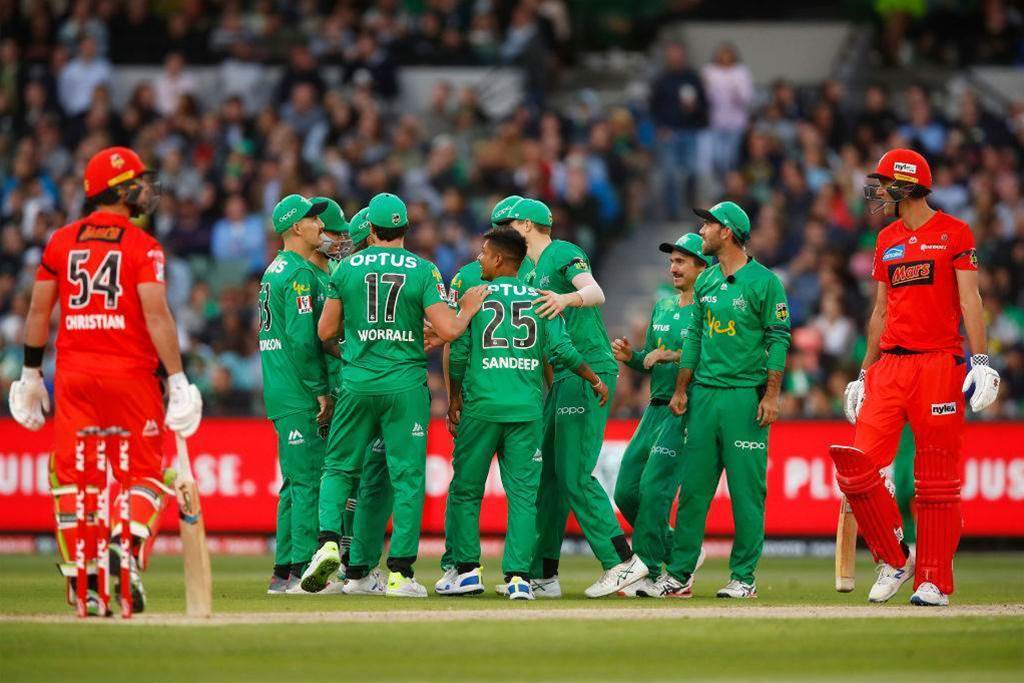 The rerun of the BBL08 provided anything but the excitement of that match. The Renegades were in dire need of a victory, having lost all their previous matches, while the Stars ooze class and are looking like they believe they can go all the way this season.

The Renegades were asked to bat and put in another performance full of the idiosyncrasies of this season.

Sam Harper blasted and went cheaply with Aaron Finch likewise. Beau Webster tried to hold it all together, but there was too much collateral damage. Only Shaun Marsh provided a glimpse of his ability before falling to Sandeep Lamicchane for 43 from 29 balls.

From 2/117, the Renegades lost five wickets for eight runs to rip the guts out of the innings. At that point, both Lamicchane and Adam Zampa had taken hold of the innings and were proving difficult to score off.

Dale Steyn was brought back into the attack to exploit that stranglehold and did so. The Renegades crawled to 9/142 which looked woefully short of a competitive total at the MCG.

The Stars were always in control of the run chase. Marcus Stoinis and Nic Maddinson put on 53 for the opening partnership, in 5.4 overs, before Maddinson fell to the bowling of Kane Richardson.

Glenn Maxwell strode out to the crease, with the Stars needing another 68 for victory. Along with Stoinis, the Stars comfortably ran out the winners. Maxwell scored 40 of the runs as the Renegades’ bowlers were powerless.

Will Sutherland and Cameron Boyce were economical without getting a breakthrough while Richardson, Gleeson, Tom Cooper and Tom Andrews were all punished by an impressive Stars batting unit.

Melbourne Stars won by eight wickets to take a two-point lead at the top of the standings. For the Melbourne Renegades they are four points adrift of fifth place, which guarantees a finals place, and looking like their season is over already.