Becks was the first footballer to work with what nature gave him.

You work with what nature gives you. Certainly "Becks" was the first footballer to do so ... off the pitch at least. 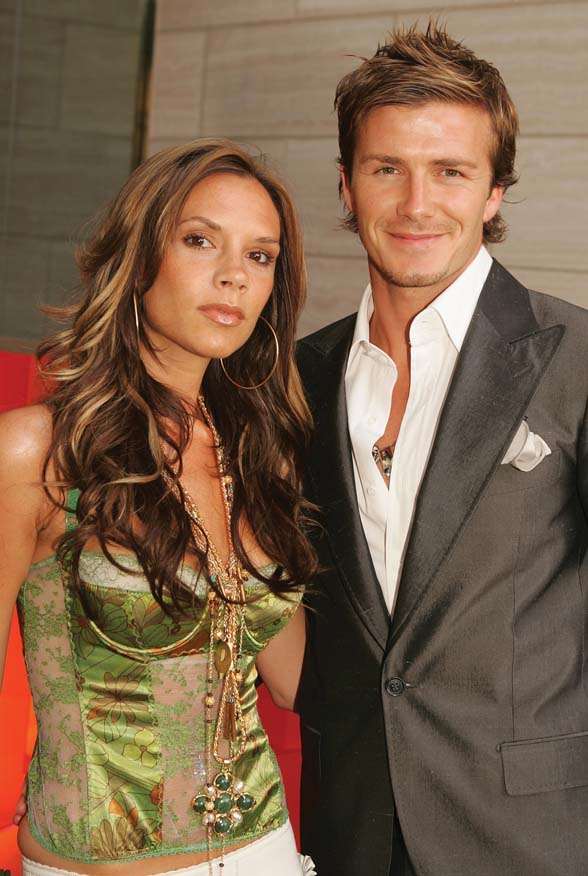 Very early in David Beckham’s career, his public persona became almost completely uncoupled from his renown as a footballer. While those two aspects of his reputation did meet in the middle, that territory is tiny. Even some diehard Man U supporters despised not the man so much as his “pretty boy” image for the scorn it brought from opposition fans, who could dispense a brand of withering sarcasm unfamiliar to Australian sports followers.

The Beckham phenomenon is as unmistakably modern as the light, smooth balls that allowed him to impart his famous swerve. Muhammad Ali has been, for a long time, the most recognisable face on the planet. His image transcends currency. Old images of him still strike a contemporary chord. People still pause to watch when they see him on a screen, in action or just talking. In certain aspects, his charisma will always be more enduring than Beckham’s. But the robustness of Ali’s appeal lay in the fact that he was actually the “greatest” (his own self-description, and possibly the most successful self-branding exercise of all time) living exponent of his sport. Maybe not the greatest ever, though he had people believing he was that, too! If his second-best contemporary happened to possess Ali’s “perty” looks – Jimmy Ellis, for example – those looks would have been dismissed by fans who, back then, were more interested in the way he went about his core business.

But today, Anna Kournikova has been possible. Her look won out over her sound game. Mark Philippoussis was hijacked by image. He tried to sustain both realms, and we marvelled that he could make the finals of Majors, but in the end, both image and game collapsed. The David Beckham fantasy is solid as a rock.

At a time in history when image has a substance all of its own, David Beckham managed, very early on, to live completely parallel lives: the one of a man who performed on the pitch and the one who was admired because of, and traded off, the way he looked. It is true that he’d have needed at least mild success as a player because something as chimerical as image needs a vehicle to carry it into the sphere of public notice. But Beckham did in fact enjoy a career of substance, and was actually considered the best in the world at something. That, in the cutthroat world of the world game, where innumerable talents vie for recognition, is quite an achievement. That he did it while being shadowed by his other self is remarkable.

For the record, here is a summary of Beckham’s playing achievements:

He holds the record for England appearances by an outfield player (a non-goalkeeper). With his various teams – Man United, Preston North End, Real Madrid, LA Galaxy, Paris Saint-Germain – he is the first English player to win league titles in four different countries. Altogether, he won 19 titles. Twice, he was runner-up for FIFA Player of the Year, and was named, in 2004, in the FIFA top-100 greatest living players. He won the Premier League title six times with Manchester United, the FA Cup twice, and a UEFA Champions League title. He was England captain for six years. 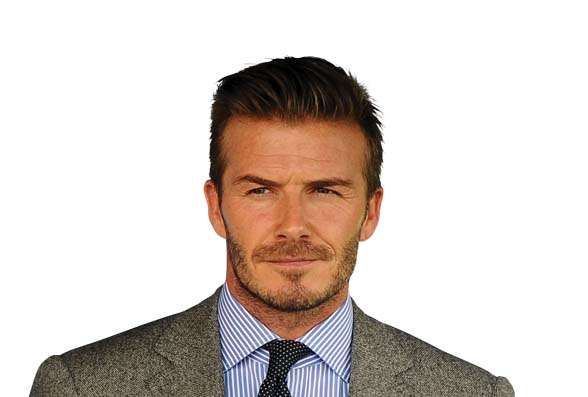 He was the first Englishman to score at three World Cups. All this meant Beckham was a solid, accomplished footballer in a sport of world-renowned talents. But Beckham also had an X-factor, and for this alone he was an innovator: he was the best exponent of the set-piece most people have ever seen; the best practitioner of the free-kick in a generation of great footballers, but he was also excellent in open play; a fine exponent of pinpoint passing and crossing. He was obsessed with his kicking technique, and would practise for hours after team training, honing the dramatic curve and drop that became his trademark.

Off the pitch, Beckham was already famous for his looks long before he began dating Victoria Adams, or “Posh Spice” as she was known – a member of the British pop band Spice Girls. If the word “metrosexual” wasn’t invented for him, it was certainly identified more closely with him than with any other famous man. Given the impact of “Posh and Becks” on the world of fashion, it might be said that Beckham’s marriage to Posh was an ingenious career move. His celebrity beyond football might have been assured had he not met her, but this alliance extended his reach far beyond anything football could offer. The Beckham “brand” was as instantly recognisable as that of any product you’d care to mention, but now it was carefully applied to apparel, fitness products, health products, hair products, perfumes and fragrances and timepieces.

He’s worn Adidas boots his entire career, and in 2003 he signed a lifetime 160 million-dollar deal with the footwear brand. The list of brands Beckham’s image is associated with would make our Innovator look more like a catalogue than a column if we itemised them all.

Again, it’s hard to tell whether it was good luck, good management or astute business sense that led Posh and Becks to move to the USA in 2007, but the move magnified his image immeasurably. His arrival, to play for Major League Soccer team the LA Galaxy, was accompanied by American-style mega-fanfare. The brand was already huge in America, thanks mainly to Beckham’s looks – and the success of the movie Bend It Like Beckham, in which he didn’t appear – rather his playing prowess (which was largely unknown there). The media rollout, beginning with a star-studded private welcoming party, was carefully planned for maximum impact. Racy photo shoots, promotional campaigns, magazine covers, documentaries, all followed.

His impact on the spread of football in the USA is uncertain, but he managed to take Galaxy to an MLS title with a trademark penalty in 2011, and though this didn’t rank as a great moment in the world game as did, for instance, his astounding goal from halfway against Wimbledon in 1996, it still loaned much-needed Beckham magic to the American competition. That magic continues in its various forms today, undiminished since his retirement from the game in 2013. Many might ask whether he was really “smart” enough to parlay his fame as a player into a brand recognised worldwide, or whether it was done for him. Sporting purists are harsher still, believing the Beckham phenomenon is merely persona per se; quids pro quo; the victory of vacuity over value. Perhaps he did get a leg-up which footballing prowess alone might not have given him. But David Beckham is, if not an innovator, certainly an innovation. 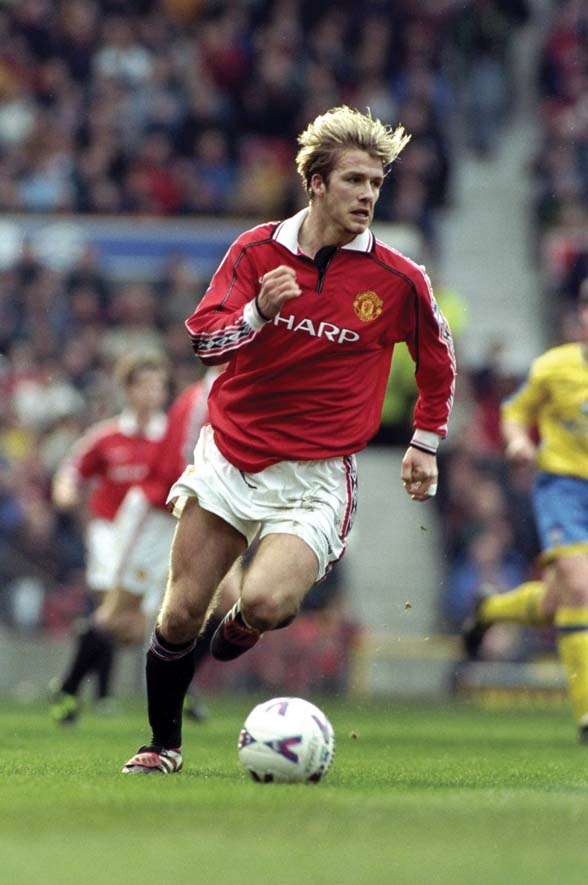 Beckham responded to the "pretty boy" jibes by becoming one of the greatest of all time. (Photo by Getty Images)

Iconic CR7, Messi, Beckham and Mbappe boots to be auctioned off in late April

Becks unveils the name of his new club...