A wrap of the heroes and villains from a hectic month of sport just gone ... 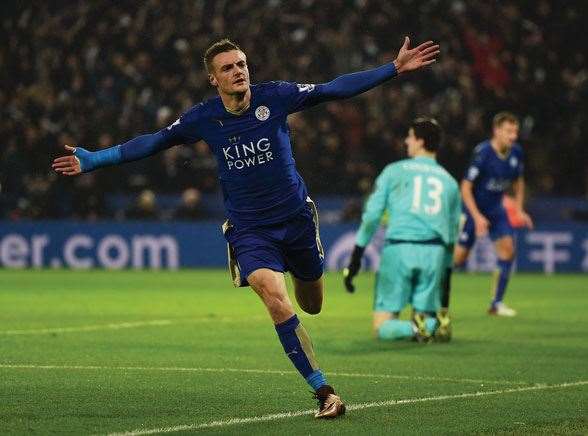 For our sporting tastes, the English Premier League suffers for its long-run predictability (as do most other European football leagues). Which is why the rise of Leicester City is truly one of the best sports stories to come along recently. Only five sides have ever won the title since the EPL’s beginnings in 1992, and you know the names, maybe even the odd one in Blackburn Rovers. It would seem impossible with the amount of money at the top of the game that a side of more meagre resources could win it, but credit to Claudio Ranieri and his team for making it a believable possibility. And no matter what might happen, watching the free-scoring Foxes and their pair of Jamie Vardy and Riyad Mahrez has been all kinds of fun.

Pity the poor coach of the NBA’s Philadelphia 76ers, Brett Brown. The former Aussie Boomers and NBL coach has been saddled with one of the worst jobs in sports – for the last couple of years, his team has been engaged in a bold experiment of judicious quasi-tanking. The 76ers’ bosses call it “the Process”, and their reasoning goes that you need a superstar player to build an NBA champion around. So until they land one, they’ll deal away the talent they have for younger, cheaper players, and improve their draft and trade positions. They’ve managed to piss off almost everybody in the league doing this, even as the team has endured two of the worst losing streaks in NBA history and dropped 18 games straight to start this season. So how can there be a winner amid all this? Well, Philly made a good decision in extending Brown’s contract, recognising that he’s handled this situation with the utmost class.

It is unfortunate that the proposals to reform WADA have become necessary, but with the state of sporting governance at present, they represent a step forward. The plan put forward by IOC chief Thomas Bach has three main elements: an independent unit within WADA that would take over testing from the individual sports; an intel-gathering unit that would lead an active anti-doping effort; and the system of sanctions to run through the Court of Arbitration for Sport. There are plenty of issues to get across here – the amount of funding for anti-doping would have to increase into the hundreds of millions, the ceding of power to outside authorities would make any Essendon fan shudder, and many observers say that this framework couldn’t be ready for another three years at least. But the collusion of drug cheats with corrupt bureaucracy or brand-protecting organisations has collapsed public confidence in clean competition, and requires this kind of response.

Sport has made a big show of anti-violence-against-women initiatives, such as White Ribbon, but the rhetoric has often fallen far short when it has come to taking action on the issue. And the latest flashpoint involving Richmond Tigers’ star Dustin Martin became a litmus test for the AFL. Argue about particulars – why weren’t police involved sooner, etc – but the fact remains, and was admitted by Martin, that a confrontation took place in which he made threats. The point wasn’t lost on anybody that the AFL and the Tigers were going to be protective of a player as good as Martin – as Richmond legend Kevin Bartlett said on radio, this isn’t “player no.42 on the club list”. For the many reasons to be cynical about sports and their attitudes toward violence against women, this is among of the worst of them: that the response too often has less to do with the incident, and more to do with how expendable the player is.

Of all the laments about the decline of West Indian cricket, this summer might have been the saddest of them all. The worst-case scenarios were realised, and the ultimate indignity awaits – future Windies’ tours here relegated to the off-peak of winter in the Northern Territory and north Queensland. That’s where Zimbabwe and Bangladesh are meant to go, not the grand cricketing force that gave us Worrell, Sobers, Viv, Lara and an unyielding battery of fast bowlers. It has become difficult to explain to younger cricket fans just how formidable, yet also how appealing, the teams from the Caribbean used to be. And that might be the worst realisation of all about the unravelling of the West Indies – that the greatness the Calypso Kings achieved in the mid-to-late 20th century was a phenomenon unique in its time and place, a talent bloom that was destined to fade not just to mediocrity, but worse. When people talk of restoring the West Indies to glory, they might be starting with a mistaken assumption: with the way modern cricket (and the sporting world at large) operates, is it natural that the West Indies be a top-tier contender?