It is the first time a tier two nation has beaten a tier one nation in a World Cup quarter-final making for arguably the greatest win in the event’s history.

The low-scoring fixture saw no tries scored with two penalty goals enough to get a courageous Fiji home.

But it could have ended much differently after officials ruled a Fiji knock-on in the 72nd-minute despite replays clearly showing New Zealand player Kodi Nikorima losing posession forward.

Parked 20m out from Fiji's line and given the scrum feed, it looked as though New Zealand were set to avoid the ambarassment of losing to their little cousin.

But Fiji held strong despite a late attacking raid which saw them repel successive sets on their own line.

They now face Australia in next week’s semi-final.

Kiwi coach David Kidwell is surely feeling the heat after successive losses to Tonga and Fiji putting his future under immense pressure.

Meanwhile, Tonga held out a tough Lebanon to progress to their semi-final after managing a 24-22 victory.

They play the winner from Sunday's match between England and PNG. 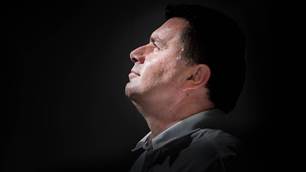