Canberra’s premiership hopes are in tatters following confirmation star hooker Josh Hodgson will miss most of the 2018 season.

The 28-year-old suffered an ACL injury in England’s 20-18 World Cup semi-final triumph over Tonga on Sunday.

Hodgson last week extended his current deal with the Raiders until the end of 2022 and is expected to be sidelined for nine months.

He most likely would return for the finals, with a slim chance of him running out mid-season.

The club now have to find a suitable replacement after losing back-up hooker Adam Clydesdale.

Salary cap rules prohibit any exemptions for injuries suffered by players on representative duty, meaning the club may have to offload a player to secure a suitable dummy-half and be salary cap compliant.

The Raiders do have Craig Garvey in their ranks after signing him from the Bulldogs, however, Hodgson’s loss is devastating with the hooker considered one of the best No.9’s in the NRL.

"Hodgson will return to Australia where he will be further assessed by medical staff. At this stage a time frame on his possible return is unknown." 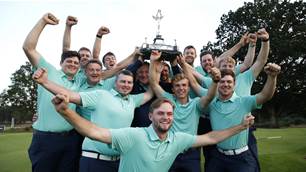