Two 40-centimetre long steel stakes were found implanted in the turf at Kimore Racing Club, sparking claims they may have been planted to sabotage a horse race.

Racing Victoria insists the two stakes would have caused "absolute chaos" had they gone unnoticed during routine pre-race inspections.

The stakes, placed just before the 400 metre mark, would have placed the lives of horses and jockeys undertaking the prestigious meet at serious risk.

Racing Victoria's Chief Steward, Robert Cram, said Kimore Racing Club and Racing Victoria had tried to continue with the race, but eventually had no other option but to postpone.

"There were two of them driven into the course proper, two metres off the running rail near the 400m.

"There was two of them (steel stakes) driven into the course proper, 2 metres off the running rail."

"We have had discussions with the track manager and he responded that none of his staff would use such implements or resources around the track in recent times, and that it is not something that they have left them which does indicate that someone from outside of the club has entered and hammered them into the track.

"We did our best but unfortunately it is an immeasurable safety risk which the riders and stewards weren't prepared to take."

The stakes may have been planted with the knowledge of thorough pre-race inspections, in order to have the meet intentionally called off. Regardless, it was troubling enough for all parties to unanimously abandon the race.

"We did walk the track twice," Cram said.

"We did the best that we could but under the circumstances the riders had extreme doubt due to the long grass that is here today that there wasn't any more of these which were just underneath the canopy of the grass." The best of the weekend's sport in pics 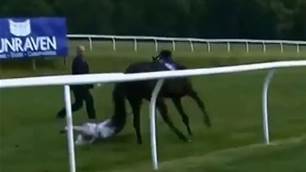 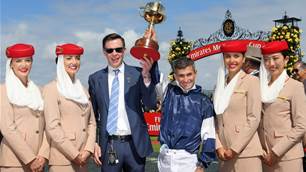