Play-offs time is a whole new ballgame for Aussies', Kiwis' and SA's finest.

Super Rugby's finals series gets underway this weekend. There are no second chances once the Super Rugby regular season ends; the six teams that remain will be giving their heart and soul as they hope to win the coveted Super Rugby title. Check out our gallery of each side's key players during the finals - and also our finals preview of each team below ...

The Hurricanes have been the clear standouts this season and head into the finals as favourites. The men from the North Island will be hoping to continue their incredible displays in order to win what would be their maiden championship.

The NSW Waratahs will be aspiring to win their second consecutive championship. After winning the Australian conference ahead of the Brumbies, they finished second overall and received a week off in return for their efforts. It'll be tough for the Waratahs to go back to back as they know that unlike last season, a home grand final isn't guaranteed if they do reach the decider.

The Stormers are the only South African team remaining in the competition and could be the side that stands in the way of the Waratahs' hopes of going back to back. The Stormers finished third overall after topping the South African conference, but out of the six teams playing the finals they do have the worst record. Although, this season the Stormers did defeat the Brumbies in a tight affair at home and NSW in Sydney.

The Highlanders will be hosting Kiwi rivals the Chiefs in the first semi-final this Saturday. The men from Otago finished with the second-best record overall this season but with the competition format rewarding the conference champions, their efforts saw them drop to fourth. Like their opponents this weekend, their path to the finals will be determined by the result of the Stormers and the Brumbies.

The Chiefs will be hoping to win their third title in the space of four years. It will be tough for the men from Waikato to win the title, as the Highlanders have had the better of the Chiefs both times this season, most notably a 36-9 thumping defeat just two weeks ago.

Australia's most successful rugby side, the ACT Brumbies, will be against the odds as they aspire to win their third championship. Regardless of how results go during the finals series, the Brumbies will never play at home, and in order to win the title, they could be flying from South Africa, to New Zealand and back to Australia. 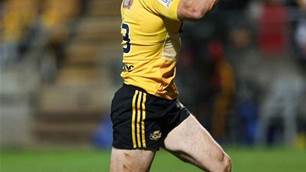