Heroes and villains from a hectic month of sport.

A wrap of the heroes and villains from a hectic month of sport just gone. 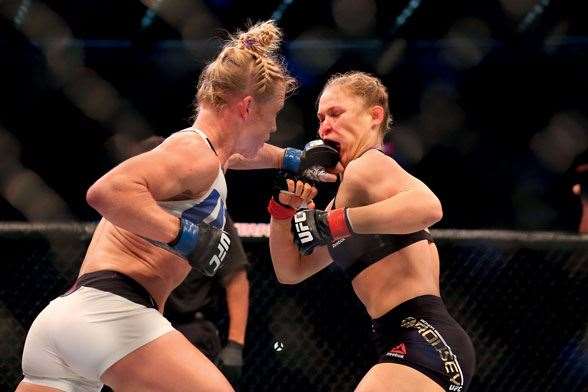 The upcoming Olympic year will bring a bit more (but, alas, not enough) attention to women’s sport, but the end of 2015 has been notable for how female athletes seized the sporting narrative beyond the conventional channels. Indeed, jockey Michelle Payne’s “get stuffed” speech in the aftermath of her Melbourne Cup victory should stand as the manifesto for this women-in-sport moment – not just little girls or ladies in the pretty sporting boxes that have been deemed “acceptable” for them, but at-times difficult women engaged in full-on, visceral sports that they pursue because, well, they want to. Think what you want about UFC, but the idea that two bouts involving female fighters could be held in front of a full stadium in Melbourne and hold the attention of a global audience would have been unthinkable not too many years ago. With the launch of the Women’s Big Bash League, we have an honest-to-goodness counterpart in a sport that has long been tied to notions of Aussie masculinity. And as Serena Williams returns to our shores again to guild her reputation as an all-time great, there’s progress to be seen in the slog of giving sportswomen the attention they deserve, on their terms.

When the magazine met with Mitchell Johnson for an interview just before the start of this season, we didn’t quite expect that we’d be reflecting upon his retirement only a couple of months later. But one thing did resonate during our chat, something that’s been said of Johnson throughout his career – that this fearsome left-arm quick, one of the most intimidating presences on the cricket field during his time, also had a bashful, almost-meek side to his personality away from the game. Johnson stands as one of the defining cricketers of the era, and his wild swings in form over his 73 Tests and 150-plus ODIs could characterise the Australian team’s own fortunes during the time. But his overall record validates the claim Dennis Lillee made about his potential as a teenaged prospect: fourth among wicket-takers in the baggy green, twice an ICC Cricketer of the Year, and a sure-fire entry in the proud lineage of Australian fast-bowling greats.

Somehow, and surely not by design, there was an outbreak of sanity in the resolution of the NRL’s broadcast rights deal. After all the ruckus kicked up by the NRL’s decision to take an early offer from Nine, and then have Rupert Murdoch spite the league with a sweetheart deal for the AFL, the people watching the matches will end up with something that looks largely like the status quo, with some improvements – a large slate of games on free-to-air, an alternative on pay-TV, a Thursday-to-Sunday schedule and a heap of money in the sport’s coffers. With the exception of Dave Smith losing his job, and certain disgruntled club bosses ever-pushing for bigger slices of the pie, everybody with an interest in rugby league can make out well here. But the other bottom-line lesson of this latest round of football broadcast rights is how dynamic this situation is becoming – as Optus’ surprise swoop for the English Premier League showed, the entry (or re-entry as it were) of new players, new technology, new network arrangements and new viewing habits are going to make an impact in the sports rights space in the coming years. We can only hope we don’t have to change the TV input too often to watch it all. 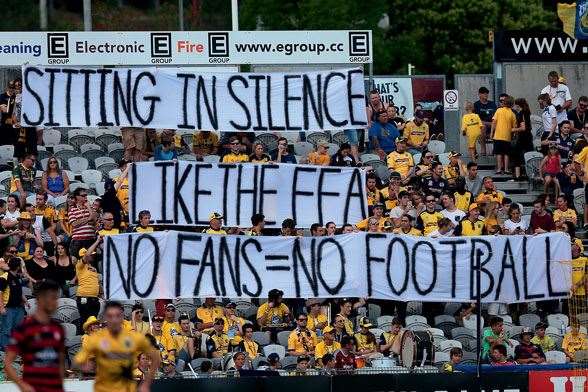 It seems like an anachronism, but there was soccer fan demonisation rearing its head. It had been slow-burning after a Police Association spokesman called Western Sydney Wanderers’ fans “grubs”, which weirdly roped in the Australian Senate’s resident libertarian. And then a Sydney newspaper decided to name and shame 198 individuals on the ban list from going to A-League matches, with a touch from Alan Jones, igniting resentments that seemed settled or had never quite gone away. The fans were rightly incensed, against a strain of the media that it believes is against them, but more importantly, against a national federation that takes its support for granted. That the FFA takes a hard line on fan behaviour is understandable, considering how it had to change the old image of the sport (this also explains why the comparisons with the other footy codes, such as rugby league’s 19 bans, are a false equivalence). But the lack of an appeal process for the bans as well as a general inaction over the issue from the FFA pushed supporters to a fairly reasonable response – the walk-outs from the matches. Football’s recent surge has ridden the vibrancy of its fan culture, and this demonisation could indeed be the death rattle of an outdated bias. But football’s future is not inevitable, and this kind of tense relationship between the game’s decision-makers and its followers requires delicate handling.

Ever since this era of mass terror attacks came into focus, it seemed inevitable that a sporting event would become a target. The attacks in Paris realised this possibility, as three of the suicide bombers had targeted the France-Germany football friendly at the Stade de France, where the French president was in the crowd. French police suggested that the attackers, who each arrived ten minutes apart, had hoped to have their crimes seen via the game’s television broadcast. It’s a chilling thought for the sports-going public, but the measured reaction of the sports world in the aftermath was heartening (and in the case of the English belting out La Marseillaise at Wembley, downright inspiring). Another silver lining amid the horror was how the Stade de France plot was largely foiled, as the attackers were stopped from entering the stadium. The security guards were rightly hailed as heroes. It’s something worth remembering the next time you feel a little annoyed while waiting in line on your way to the game.

The suspension of the Russian Athletics Federation has sent shockwaves through the sport. The scale of the deception the Russians have employed recalls the worst of the state-sanctioned doping regime of East Germany back in the 1970s and ’80s. Here was a national sporting body at its most senior level colluding with an accredited testing laboratory to conceal positives over a decade. Possibly longer. But there is more to come for the sport of athletics. The author of the WADA report that revealed the Russians’ ways, Dick Pound, has stated that the second part of the document, due for release this month, contains even more explosive revelations. This part of the investigation unwraps the sport’s world governing body, the IAAF. It has been held back after French police launched an investigation into its former president Lamine Diack and the former head of anti-doping Gabriel Dolle. “It would be nice to have it done in 2015,” said Pound. “But it looks more likely to be January. One fear is that if we issue it on the Friday before Christmas, for example, no one will notice it and we want to have the maximum impact and deterrent.” Stay tuned.

After a sugar-high induced by a cluster of Ashes series and a home-soil World Cup, it’s hard not to think a tipping point has been reached with the summer cricket schedule. Disappointing crowds for Tests are merely a logical reaction – people are choosing to stay away from matches that lack sizzle, either on the field or in the stands. Short of playing England and India every other year, fans are going to condition themselves to sitting (out) through seasons of filler. The day-night match in Adelaide did point to a possible way forward – while the after-hours format may not prove to be a cure for Test cricket’s ills, it at least reflects a new open-mindedness to experiment with new options rather than re-run the familiar way of doing things. Should the Big Bash League indeed outdraw some of the Test days this summer, the message should come loud and clear to cricket’s powers that be. 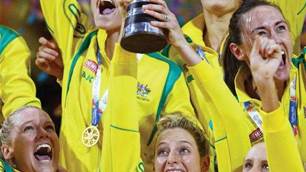 The Diamonds lead the charge