Rob and Kara introduce us to this famous gymnastic lift.

In any “Workout Of The Day”, a Crossfitter is going to support their body weight one way or another, often on the bar. This month, Australia’s fittest Crossfitters, Kara Webb and Rob Forte, introduce us to famous gymnastic lift. 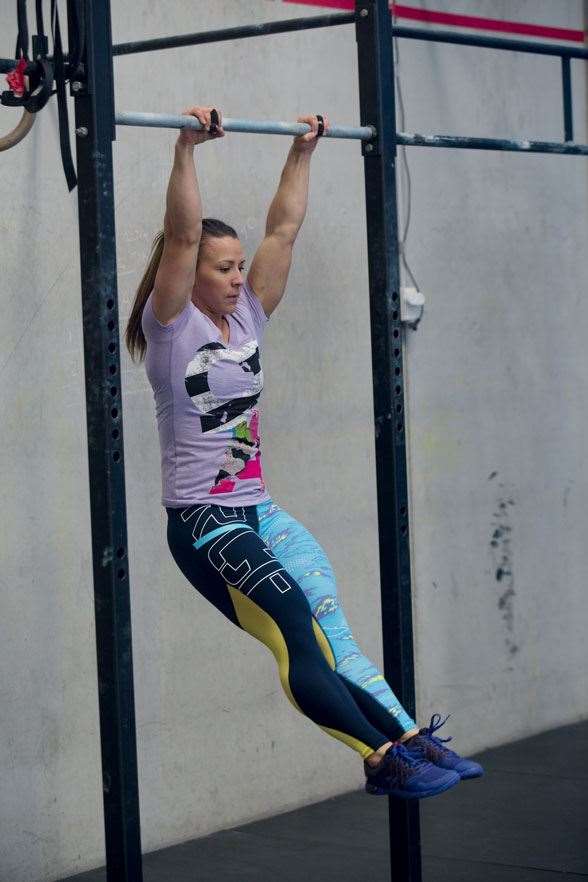 Rob: “A basic pull-up can be quite difficult for some at first, but we scale it right back at first by using bands, to take some of your bodyweight away. We hook a band over the pull-up bar and you stand in it; the thinner the band the more it’s going to take your body weight.

“We practise variations. There’s the jumping pull-up, where you might stand on a box and take a bit of a jump for assistance. Or there’s the banded pull-up. You’re not trying to use any momentum with these – just trying to build strength. With a nice straight body, you pull yourself up till your chin’s above the bar; you then come down until your arms are straight at the bottom.”

Kara: “For a basic pull-up, hold on to a pull-up bar with your hands approximately shoulder-width apart. Create a hollow body position by bracing the rib cage down towards the hips, and keep the legs close together and slightly in front of the body. Initiate the movement by engaging the lats and pulling slightly behind your arms. Pull on the bar until your chin clears the height of the bar.

“This is the base foundation of a movement that can be developed into various other exercises such as the kipping pull-up, butterfly pull-up, bar muscle-up and muscle-up on the rings.” 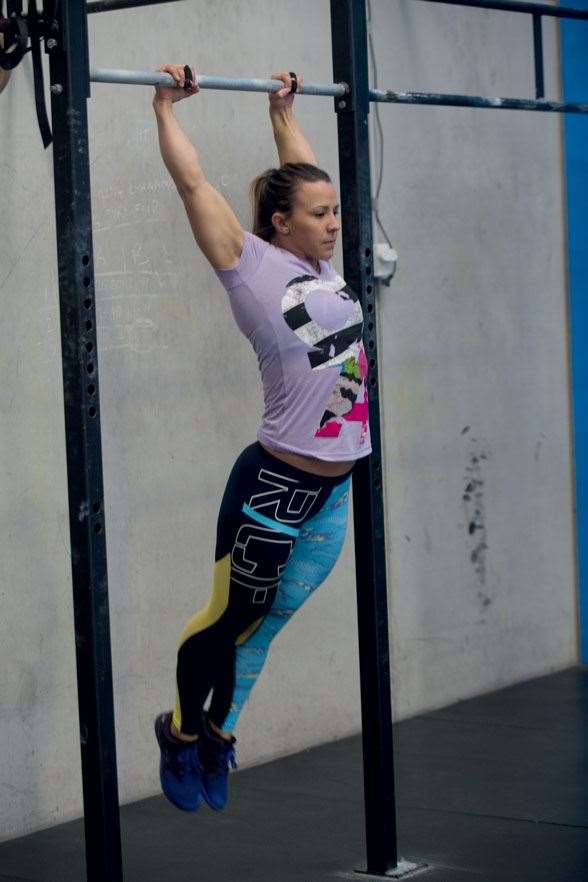 Rob: “Once the strict pull-up is mastered, you can progress to the kip pull-up– though you’d want to be able to do a series of strict pull-ups first so you’ve got that control. You want to develop that pulling strength first.

“The kip pull-up looks like it’s out of control, but it’s actually a controlled gymnastic movement. In a conventional kip, you come to the bar with your chin, then push out and away – it’s more of a semi-circular motion, where you’re going to the bar then away from the bar.

“The butterfly is a different style of kip – more of a circular motion. You flick your feet forward in front using your hips to generate momentum, then you bring your feet back behind, and flick forward, and it generates a kind of circular motion. But you’re still hitting the same range of motion – straight arms at the bottom, chin above at the top.

“The normal kip is a bit more basic so you learn it first. If you want to generate a bit more speed then you can progress to a butterfly pull-up. Learning to control your body is important – so you’re not just flopping around. You move with control – you’ve got tension through your whole body. It’s a very skilful movement to do. Feet are together – everything has got to stay tight through the quads, hamstrings, glutes and abs.”