Sometimes, in sport, your best efforts are not good enough.

The Renegades had one of those nights at Marvel Stadium.  Batting first, they posted a decent score of 7/168. Their bowling effort was much improved, and they removed Hilton Cartwright for 35 to leave the Stars on 3/54 in the seventh over. And then in walked Glenn James Maxwell.

Maxwell then produced a virtuoso performance to take the game away. From the 115-run winning partnership with Nick Larkin, the Stars scored 83 of them with a batting display of which budding white-ball cricketers should be made to study. In just 45 balls, Maxwell scored seven sixes and a boundary with an array of hits.

Renegades started brightly as Marcus Harris and Shaun Marsh produced their highest opening partnership of the season. Scoring 86 in 10.3 overs, the Renegades were well placed to kick on to a big total. Marsh passed fifty for the second time at his new team before chipping a return catch to Sandeep Lamichhane. Disappointing for player and team in need of a player kicking on. The loss of Marsh did not cause a collapse was enough to slow the scoring.

Haris Rauf was once again difficult to score off. He removed danger man Dan Christian before he could launch into the last two overs. In the next over, Nathan Coulter-Nile removed Tom Cooper and Sam Harper in successive balls to remind the champions of their current fragility. Although 169 was not a massive total, it was something for the Renegades to bowl at.

The Stars innings got off to a poor start when Marcus Stoinis belted Samit Patel’s third ball of the innings at rather than over mid-off and he was out for a duck. It was Stoinis’ first failure of the campaign and engendered the hope that the Renegades might finally win a game. Ben Dunk added 14 before Beau Webster superbly caught him. When Cameron Boyce slipped a ball through Hilton Cartwright’s defences, bowling him for a quickfire 35, the Renegades were buoyant. 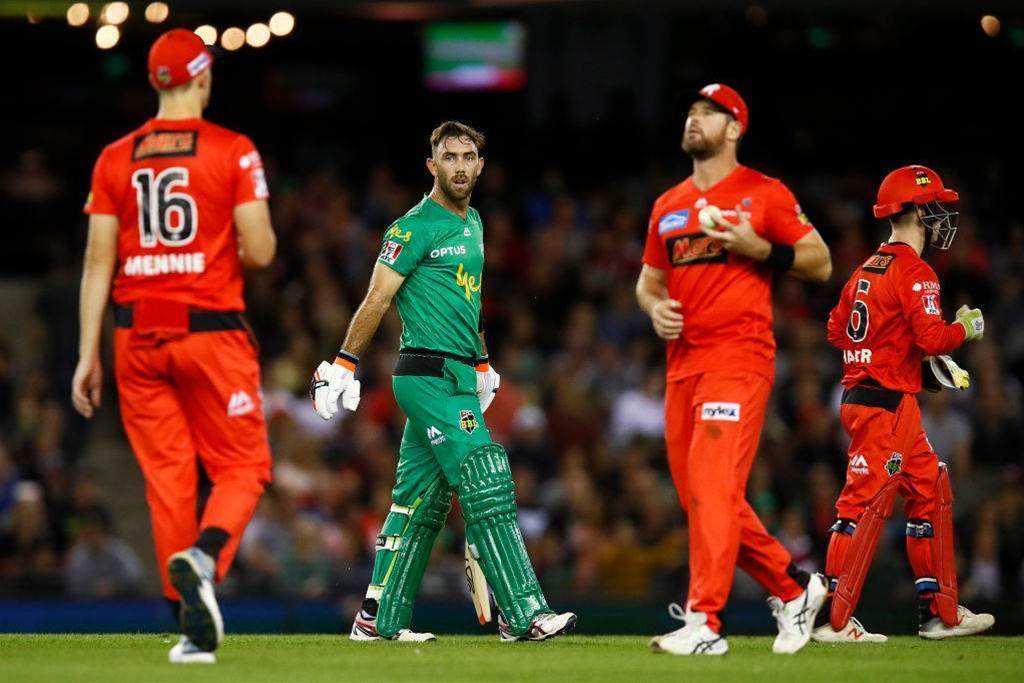 The most remarkable thing about Maxwell’s innings is that it was played at all. How he isn’t in India, with the Australian ODI team, is a mystery. He has had some time away from the game to sort out some mental health issues, but his form in BBL09 is such that he should have had the call from Trevor Hohns. Instead, he’s breaking the hearts and will of opponents in Australia. Maxwell is as good a T20 player as you can find anywhere in the world right now.

Melbourne Stars are the team to beat in BBL09. They have quality throughout their squad and are in a rich vein of form. More importantly, they are able to execute their plans. They aren’t unbeatable but losing isn’t in their vocabulary. Watching the Stars go about their business is pleasurable. Stoinis and Maxwell are first and second in the run standings, and Haris Rauf is second in the wicket-taking list. Melbourne Stars are going to take a lot of stopping to prevent them from winning BBL09.