We're coming to the end of 2019 and this seems as good a time as any to reflect upon the NBA decade that we've just lived.

We've seen two dominant teams, a handful of all-time players, some controversies and some of the most beautiful basketball come about from a statistical revolution dictating how the game is now played.

An old coach of mine once told me that a good coach adds 10% to their team, whilst a poor coach can take away 30%. No two coaches perhaps better encapsulate that adage than Steve Kerr and Gregg Popovich. Whilst there plenty that could receive consideration for this award, it was always going to come down to these two. Considering how much their paths have crossed over the years, that seems appropriate.

Kerr of course, took over Golden State from Mark Jackson and immediately turned a talented young roster into a juggernaut. He's been fortunate enough to have a pair of in their prime MVP's, the greatest spot up shooter of the era and (spoiler) our Defensive Player of the Decade, as well as a veteran supporting cast that perfectly complimented his stars. He has the best winning percentage of the decade in both the regular and post season. He's the 2015/16 Coach of the Year. Yet......we're sticking our flag in the sand for Popovich.

So, are we holding the talent at Kerr's disposal against him? Perhaps, but not entirely. Remember Mark Jackson the 30% adage? Kerr undoubtedly makes his teams better, but with the talent under his watch, finals should be the expectation. (It's also worth mentioning that Kerr only coached half of the decade)

Popovich, on the other hand, won 68% of his regular season games as well as 49 playoff games, won the 2014 title, lost the 2013 title to the single greatest shot of the decade (and arguably all time) and made another pair of conference finals, leading game 1 against the Dubs in 2017 when his talisman was accidentally* taken out.

He did all this with a team that, on the whole, was well past it's prime. Tim Duncan came into this decade as a 33 year old dragging a lame leg behind him. Manu Ginobili was 32, Tony Parker was a sprightly 27, but starting to show signs of the 25,000+ minutes he'd already played by that point. Their supporting casts featured players like DeJuan Blair, Matt Bonner, Marco Belinelli and Tiago Splitter – all players that did precisely nothing outside of San Antonio. They used washed up vets like Theo Ratliff, Stephen Jackson and the fossilised remains of Michael Finley to great effect. They picked up players such as Danny Green and Patty Mills off the scrap heap and turned them into legitimate NBA pieces.

That's before we even throw our attention to the creation of the Kawhi-Bot. Initially a great athlete and phenomenal rebounder, the Spurs under Coach Pop made Leonard, firstly, the single best on ball defender in basketball, capable of taking your soul straight from your body, then they made him an elite jump shooter, then finally, a complete superstar.

The fact that the Spurs continue to make the playoffs despite being led by mid range mavens LaMarcus Aldridge and DeMar DeRozan (with little behind them) is a miracle.

Pop has been able to morph from a coach preaching a low post, inside-out offense, to the beautiful passing game of the Championship team (a team that Steve Kerr has openly said he models his Warriors on) to a 90's throwback and continues to have success. He adds at least 10% to every team he coaches. Gregg Popovich is the NBA's coach of the decade.

*If you think it was accidental, my friend Bender has a message for you.

At the mid point of this decade, this was Dwight Howard's award to lose. But his decline once he went to the Lakers/Rockets/Hawks/Hornets/Wizards/Lakers (again) can't be ignored. Whilst a large part of that is personality based, I'm sure his foibles would have been tolerated if Dwight were still Dwight. As good as Howard was, he was a defensive stalwart in the traditional sense – boards and weak side blocks. He wasn't revolutionary. Draymond Green was.

Green's ability to switch onto practically anybody across all 5 positions unlocked the Warriors Death Lineup and in turn forced the entire NBA to rethink both it's defensive principles and roster structures. 'Who's our Draymond?' became a thing, leading to teams taking flyers on the Omari Spellman's, Guerschon Yabusele's and Caleb Swanigan's of the world.

As mentioned in last week's column, Green ranks alongside Larry Bird as the best diffuser of 2-on-1 situations that the league has ever seen. His intelligence and spacial awareness, alongside his rare physical gifts and a manic personality complete the Dyamond Green package and make him the best defensive player of the decade.

What comes to mind when you think of Russell Westbrook? Is it the young colt throwing down alley-oops from Kevin Durant and James Harden? Is it the force of nature jetting from one end of the court to the other to physically abuse the rim? Is it the 3 straight triple-double seasons, warping our perception of that stat forever? Is it the nights he went 0 for 8 from deep? The futile hero ball playoff efforts? What ever it is, nobody captivates quite like Russ.

We always wonder what could have been if OKC had kept their young team together. But what would that have meant for Westbrook. We most certainly wouldn't have the triple double campaigns. Would he be considered the ultimate running mate as KD's wingman on multiple OKC championships? The Pippen of our era? The 'what if's' for Westbrook are endless.

What we do have is a statistical phenomenon who divides opinion like nobody else this decade. What can't be denied, however, is the influence he's had over his team and the league.

The toughest omission from our first team, without question. Chris Paul's luck has deserted him at the worst moments. Be it an inopportune injury, a player like Corey Brewer or Josh Smith inexplicably playing out of their minds, or his own form plummeting in a big game, CP3's resume could look so much better that what it does.

That being said, he's still sporting on hell of a CV this decade. He's the leader in steals and assists per game, has highly efficient shooting numbers and made 6 All Defense 1st teams.

The Point God is almost surgical in his ability to dissect an opposition defense, and in breaking down his adversary when on defense himself. Whilst not an athlete in the Westbrook or John Wall class, he's still elite, possessing perhaps the quickest hands in the NBA. Combine that with elite basketball IQ, and a borderline pathological need to win, and you have the best classical point guard the NBA has seen since John Stockton.

Other notable achievements: Finals MVP in 2011

The raw number don't jump off the page for Kawhi, like they do for the other candidates in our All-Decade teams. That comes down to the fact that he spent the fist half of his career as a role player on those magnificent Spurs sides.

Once he became The Man, though....oh my. From being an athletic talent, to becoming the dominant defensive force in the NBA, Kawhi has grown into the preeminent 2-way power in the entire NBA, with legitimate claims to the crown of best player in basketball. He is the prime example of a player that raises their game from A to A+ come playoff time. He's gone toe to toe with practically every player on our 3 All Decade teams, and has landed punches on, or outright defeated all of them.

Since becoming the leader in San Antonio back in 2015, he has become a consistent threat from every part of the floor. He remains the ultimate cheat code on defense, able to shut down everyone from Curry to Giannis.

Other notable achievements: Steals leader in 2019, Most Improved Player in 2013

Paul George is one of the most complete players in today's NBA.

Coming into the league, he was touted as a long, athletic shooter – a modern NBA scorer.

Since debuting, he has developed all facets of his game to become the perennial All NBA talent that he is today, culminating in last seasons 3rd place in the NBA voting.

Not only has George fulfilled his potential on offense, he's become a monster defensively.

As the leader of the upstart Pacers at the beginning of the decade, he took his team to back to back conference finals, pushing the Heatles more than any other Eastern Conference team.

He put up a pair of huge seasons in OKC, before starting the new decade as a member of the Clippers Giant Death Robot.

Paul has been one of the stars of this decade.

Other notable achievements: Defensive Player of the Year in 2013

Big Spain is the best pure centre of the decade.

The artist formerly known as 'Pau's fat baby brother' has developed into the modern centre which all others model their games upon.

Like most Spanish players of his era, he's always been a willing passer. Gasol takes it to another level, though. He is a legitimate offensive fulcrum, with his Grizzlies teams centred around his unique passing abilities. He also led the modern evolution of the stretch 5. Splash Mountain doesn't exist without Marc Gasol. Joel Embiid is Patrick Ewing without Gasol.

Defensively, he remains a genius, even into his mid 30's. Despite not being an elite athlete in any way, he led the sometimes brilliant Memphis defense with his intelligence and anticipation. That lack of reliance on athleticism has allowed Gasol to be a premier NBA center throughout the decade. 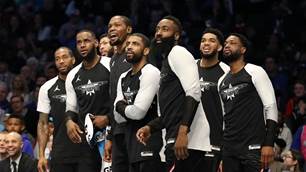 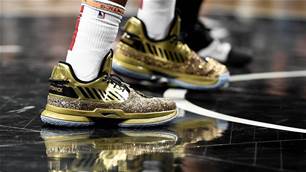